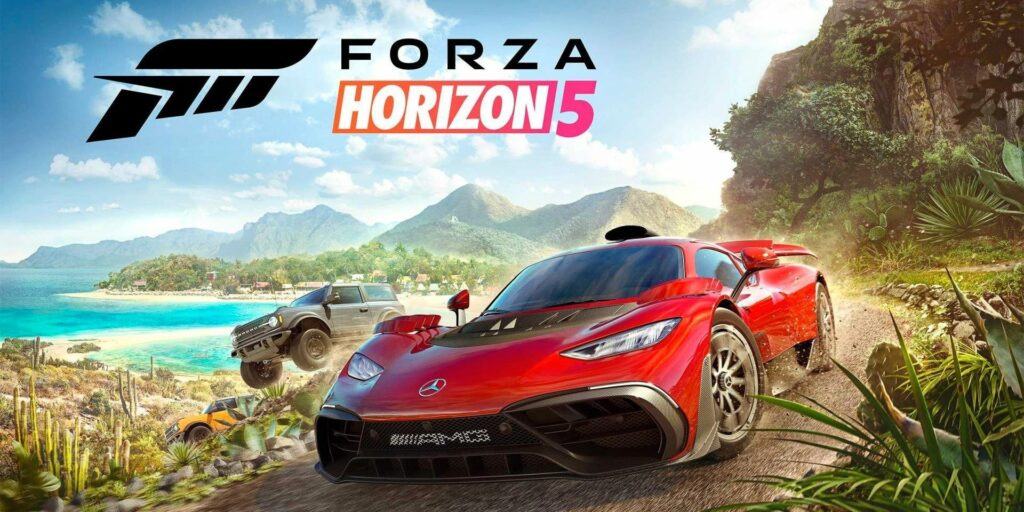 This becomes your mantra as you live a quarter-mile at a time in this open-world driving game.  And Forza Horizon 5 accomplishes that mission spectacularly.  From the start of the game, within the first 30 seconds of gameplay, you will be driving a Ford Bronco down an active volcano after dropping out of an airplane, and a Mercedes-AMG hyper-car against an airplane… (Crazy! Right?).  In our opinion, it is one of the best starts to a racing game we have played in years!
Luckily, we’re just getting started and the ride and excitement do not stop there. 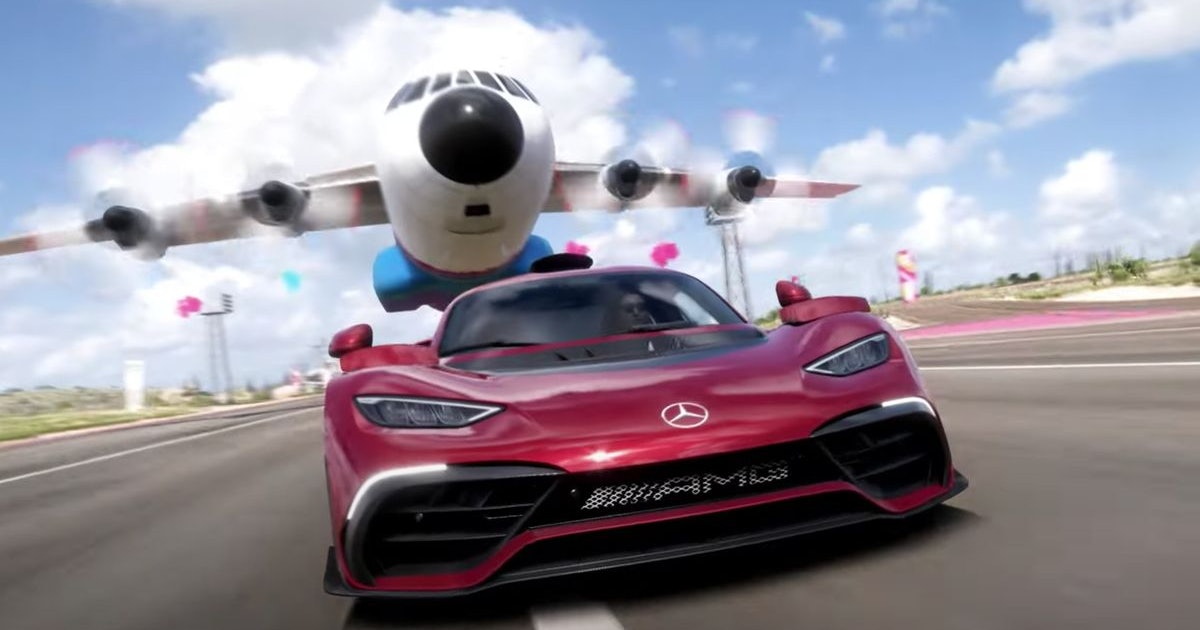 What the Forza is going on here!

Just in case we have some back seat drivers in the car, Forza Horizon is an open-world game, which is basically the crazy cousin to the Forza Motorsport franchise.  Each Forza Horizon game takes place in a different part of the world and makes you feel like a globe-trotting superhero!  Previous titles have seen the in-game Horizon Festival’s tents have set up in places like Colorado, southern Europe, Australia, the UK, and this time around – we’re in sunny, beautiful Mexico (not the real Mexico).
We will have to be honest and say that other games got pushed aside to play this one, as it pulls you into the driving experience with how much you get to see and do.  You play as a world-famous driver (who has earned their acclaim through previous Horizon Festivals) with amazing skills behind the wheel.  You definitely get the sense that this is not your first rodeo as you are the go-to guy/girl when the festival wants to expand by taking part in CRAZY stunts which, half the time, even the Horizon crew are surprised about!  On the other hand, character development and back story are the last things on your mind while you are tearing up the streets, back roads, and Volcano in Forza Horizon 5.  And we found ourselves doing just that… a lot of that! As well as collecting, detailing, and driving cars way too fast, with the occasional ego boost from the NPCs.
And all this while listening to some amazing tunes from one of many festival radio stations is the cherry-on-top that we’ve come to love from previous Horizon games. 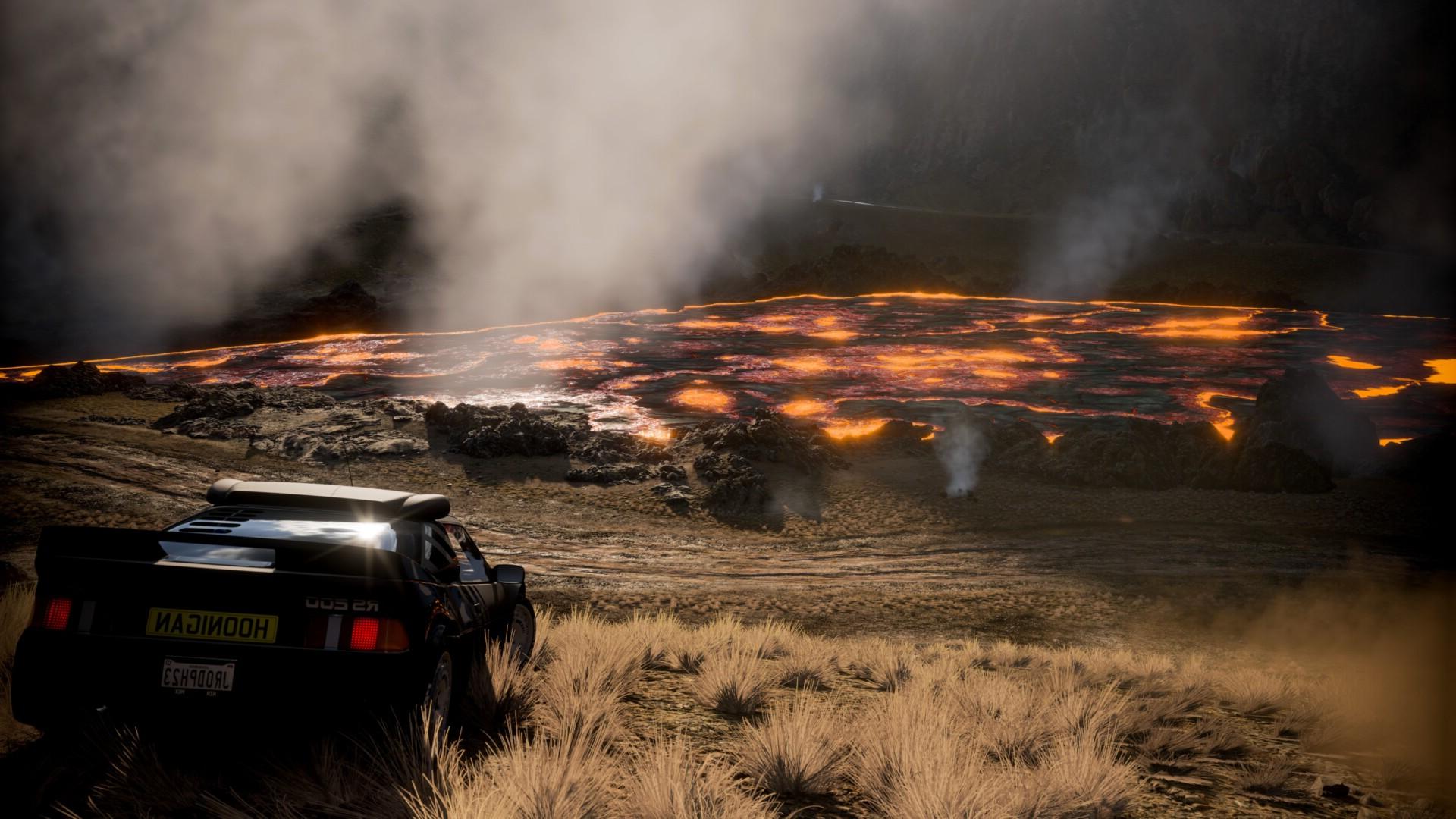 The rev of the engine

From the short time we spent playing (35 hours), Forza Horizon 5 delivered the most fun experience in a car game this year.  The vast and diverse car list, beautiful and stunning environments, and, ultimately, the realistic feel of the driving physics makes Forza Horizon 5 as entertaining as ever.
A lot of attention went into the vast selection of events, side missions, and regular driving challenges that make sure you always had something to do and ensure constant leveling up, even when just cactus bashing!  Don’t slam it till you experience the deep satisfaction this gives.  On top of that, Horizon includes the garden-variety sanctioned road races, off-road dirt racing, very off-road cross-country runs, night-time events, and less-sanctioned street races, and drag racing. 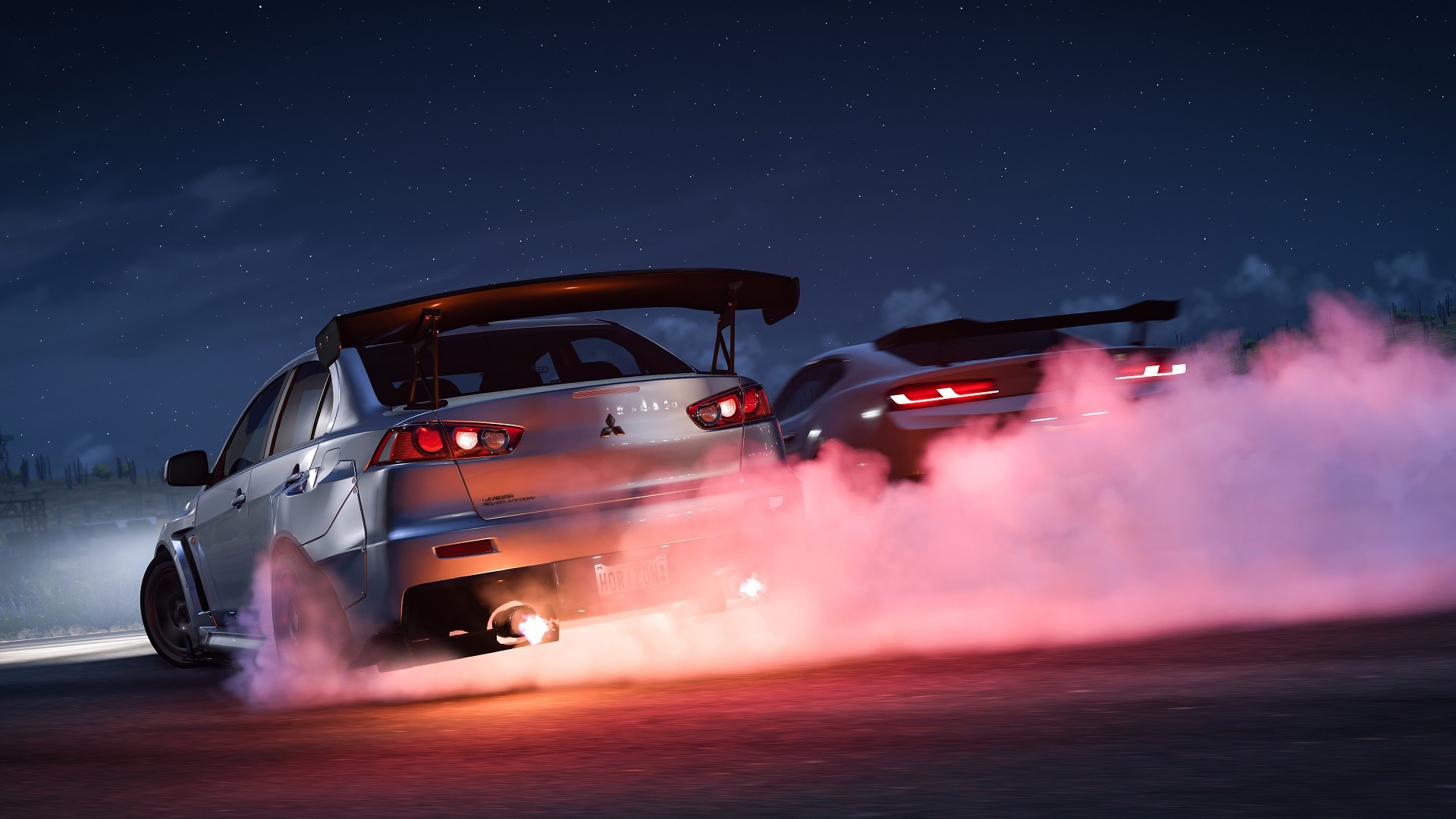 The showcase events, which seem to be undoubtedly Top Gear inspired, are events in which you race a provided vehicle against a non-car method of transportation, which gets your heart racing just as fast as one of the many hyper-cars, as you can’t wait to see what happens next.

In Horizon 5 you will take part in what they call “Expeditions.”  These are special driving events and missions that allow you to unlock new Horizon Festival outposts with all new challenges and events to take part in.  At these outposts, you are able to buy new cars, customize ones you own, or just chill out.  As you progress through the game each expedition showcases a specific area of Mexico – or rather, the Horizon 5 version of Mexico.  Horizon 5 does what GTA did, but better as a driving game, and that is the ability to just fool around in your car all over the map.
While you are joyriding around the map, there is still plenty to do – such as smashing into XP boards (so satisfying), scoring skill points by driving like a maniac and collecting fast travel points (which cost money till you find them all, then it’s FREE!!).  You are also alluded to the fact that there are rare collectible cars in barns all over the map that you can hunt down (like a mechanical Lara Craft looking for items), which you can collect, fix up and drive.  BUT WAIT THERE’S MORE!!!  During all your “Tomb Raiding,” you can also take part in one of the many mini driving challenges dotted across the map that test how well you can speed, drift, and jump across Mexico.  But, if you’re not in the mood for adrenaline, you can just drive around and explore the vast beauty of Mexico and take some awesome pictures with the camera mode so famous with Forza games (all while earning XP). 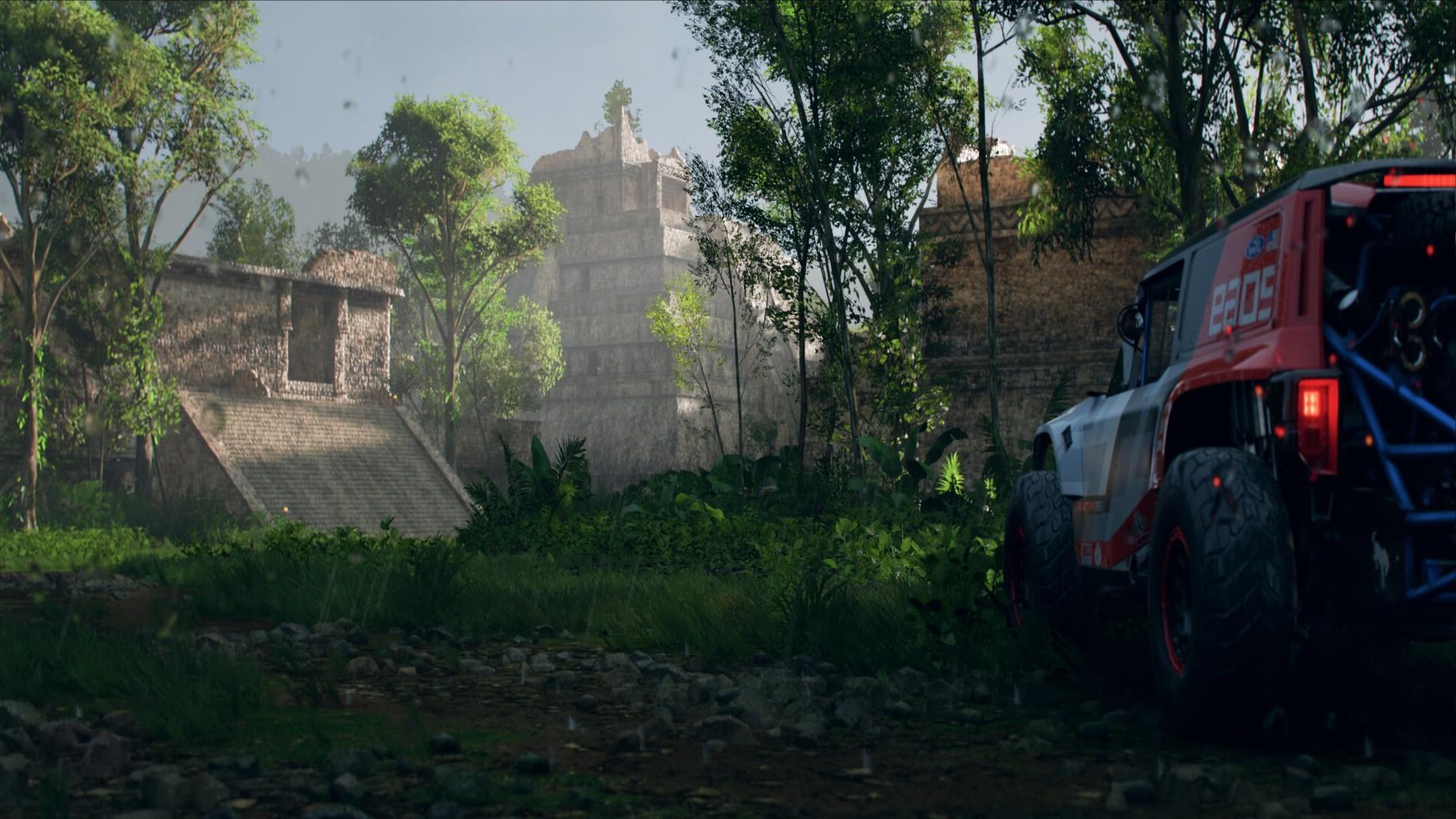 I am my Environment

Forza Horizon 5 brings us their biggest open-world experience yet – comprising of 11 different environments such as desert lands, wetter, greener jungle areas, built-up cities and villages, and wide-open beaches.  All this with a day-night cycle and ever-changing weather with four distinct seasons that change for all players every Thursday, but unlike previous editions, Horizon 5 mimics weather patterns from Mexico IRL and changes between hot, wet, stormy, and dry seasons. 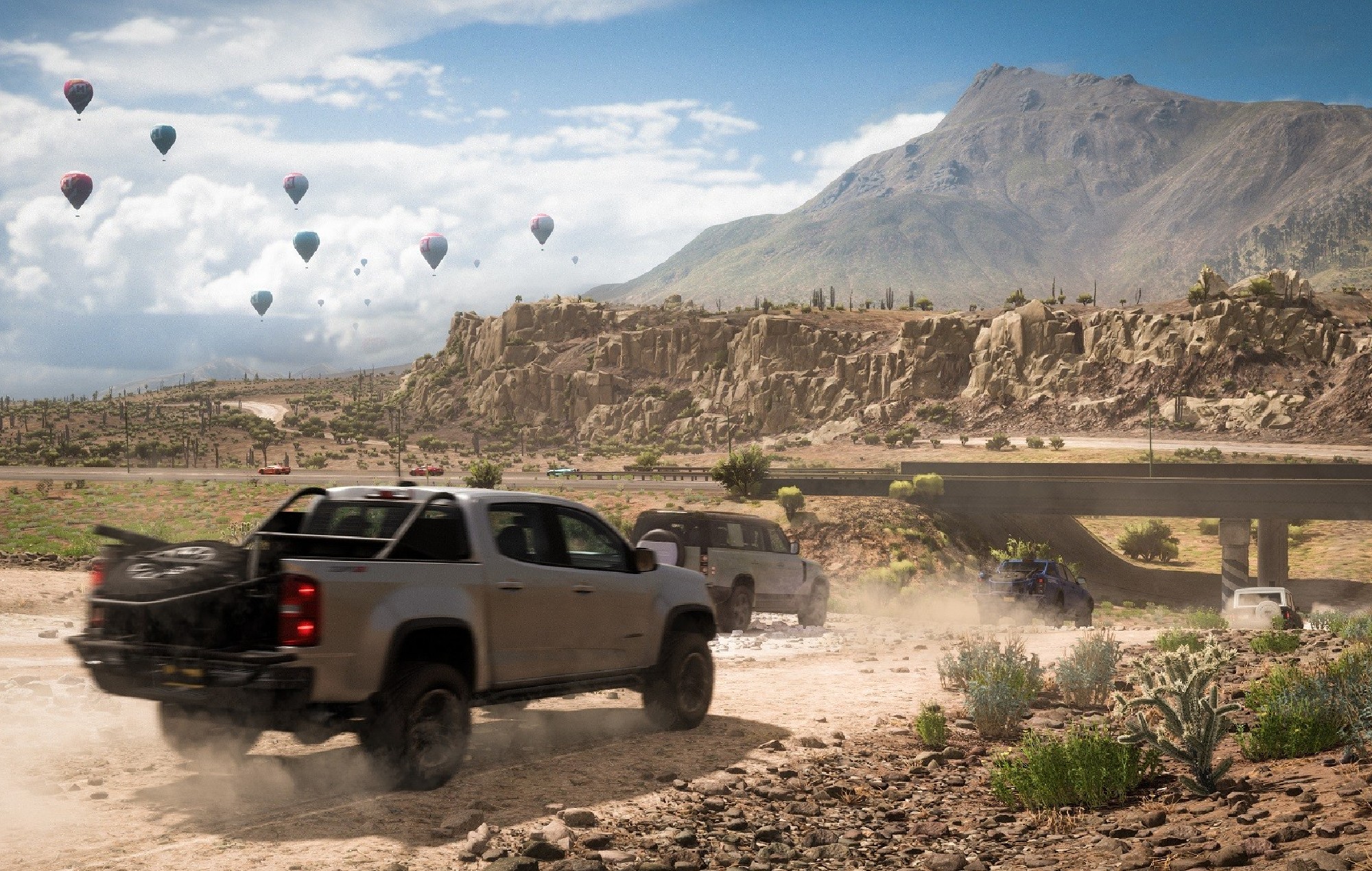 With all these new features let’s not forget about the character customization feature (weird for a car driving game…right) which allows the player to customize what your avatar looks like from clothes to gender; this adds to the experience as you do get glimpses of your avatar during gameplay.

All about the Vroom Vroom’s

In Forza Horizon 5, as you can expect, it’s not all about the environment… it’s about the CARS, Baby!!!  For those who want to know, click the image below for the list of cars you can expect to see in-game: 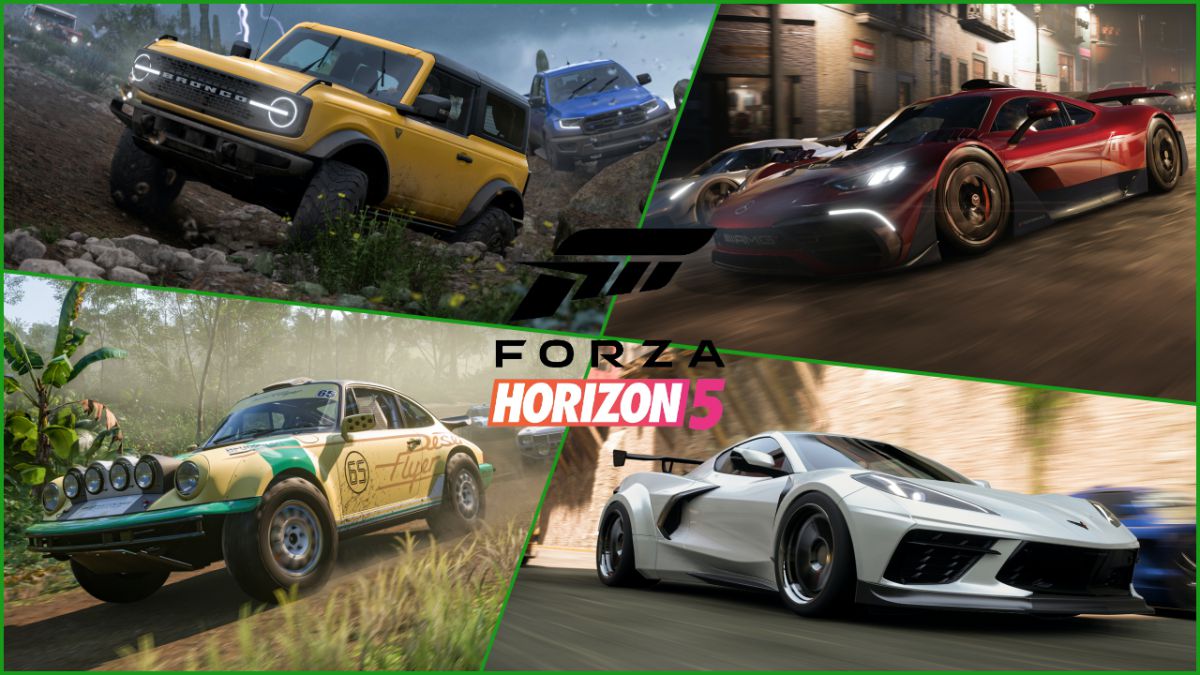 As it stands, there are over 500 cars, each with its own feel and sound offering a driving experience like no other. It does not matter if you’re a traditionalist or a lunatic when it comes to car configuration, as the livery editor menu allows you to do a lot!! In this editor, you can choose a decal from hundreds in the community that has already made them, to create your own – which you can share and earn in-game currency for each person who uses your creations. There are also body kits to change the way your car looks and a tuning menu where you can change the way your vehicle performs on the road.

After the dust has settled (the Verdict)

Car racing games have always been at the forefront of the gaming world, as they allow us to live out our “Fast and the Furious” dreams and this installment of Forza Horizon does just that. From the beauty of Mexico to the endless challenges – this game brings you out of your chair and places you into the driving seat. Something that most car games don’t get right. From the beginning, you are thrown into a tornado of excitement and inhalation as it basically revolves around you (being the star of the show). Comparing FH4 to FH5 there is not much difference, just bigger, and prettier, and the location and newer cars (obviously). The developers, Playground Games, have definitely taken hold of the saying “why fix something that isn’t broken” and the whole Forza series is proof of that winning formula in the way it engrosses you into this universe where you can have a festival about racing that takes over a city.
This game brings out the child in you – if it’s not buying your dream car (Mustang Shelby GT500) or a Villa on the beach, this game makes you feel like you never want to leave this gorgeously rendered open world. 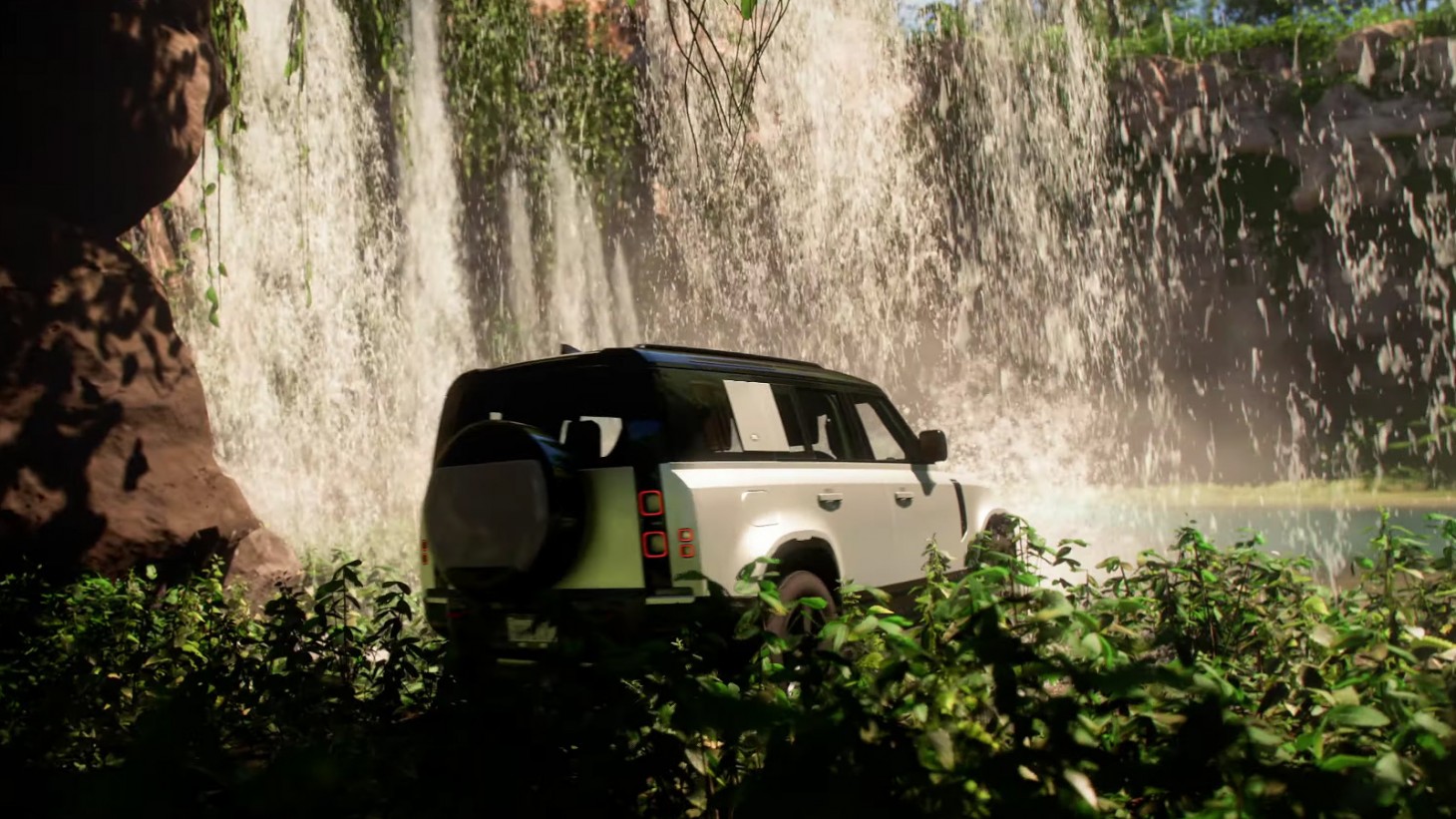 To sum up our thoughts on this spectacular title – which is no easy task, believe me! Forza Horizon 5, straight from Xbox Game Studios themselves, gets the following ratings:

A big thank you to our friends over at Prima Interactive for gifting us our Forza Horizon 5 package
and Game Pass Ultimate code which allowed us to play this game.