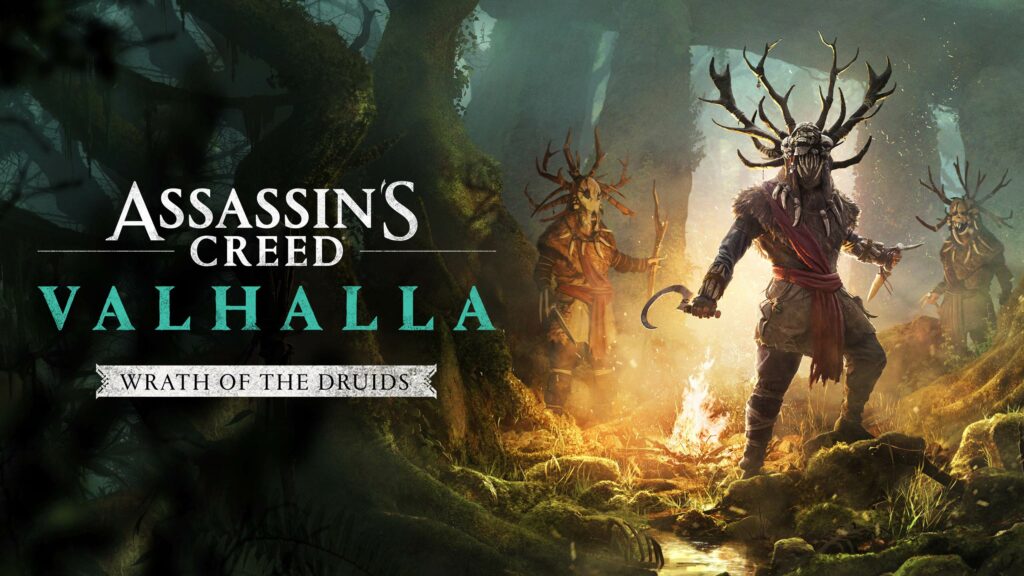 This is a review for the first Assassin’s Creed Valhalla expansion – if you missed what we thought about the base game, have a look here.
https://earlyaxes.co.za/assassins-creed-valhalla-review/

The good people over at the Assassin’s Creed studio have been working tirelessly since the release of their 12th major Assassin’s Creed title, Valhalla, in November 2020 to bring us the first expansion for the game.

With us having enjoyed the base game so much, we were very eager to make our way over to the Emerald Isle and see what Wrath of the Druids had in store for us.

Set during the same time frame as the base game, Wrath of the Druids sees our hero head over to 9th Century Ireland after receiving an unexpected invitation from your long-lost cousin, Barid (Pronounced Bar-eeth) who just so happens to be the King of Dublin. 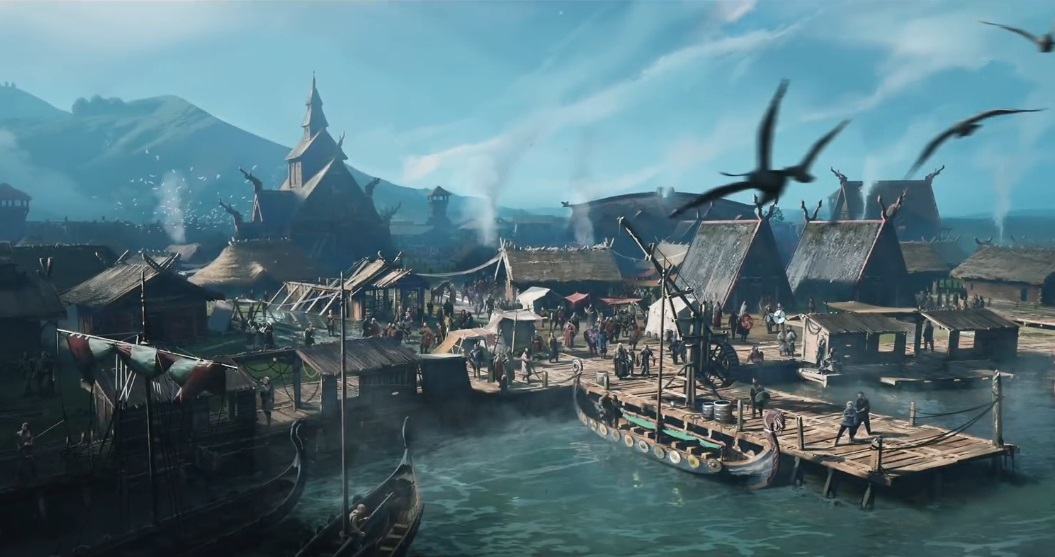 Once in Dublin, your cousin greets you with open arms and gives you an overview of his city, the political climate of the country  He explains that a Flann Sinna is about to be inaugarated as the High-King of Ireland, and he would like help to gain favour and prominence with this new High-King.

With this being an expansion of Assassin’s Creed Valhalla, the look and feel are practically the same, except that you are now treated to the beauty that is a 9th century Irish landscape – and it is stunning!  I would often find myself climbing up a tall mountain or building and be in awe of the spectacular views that I was seeing.  The team has really outdone themselves in this regard. 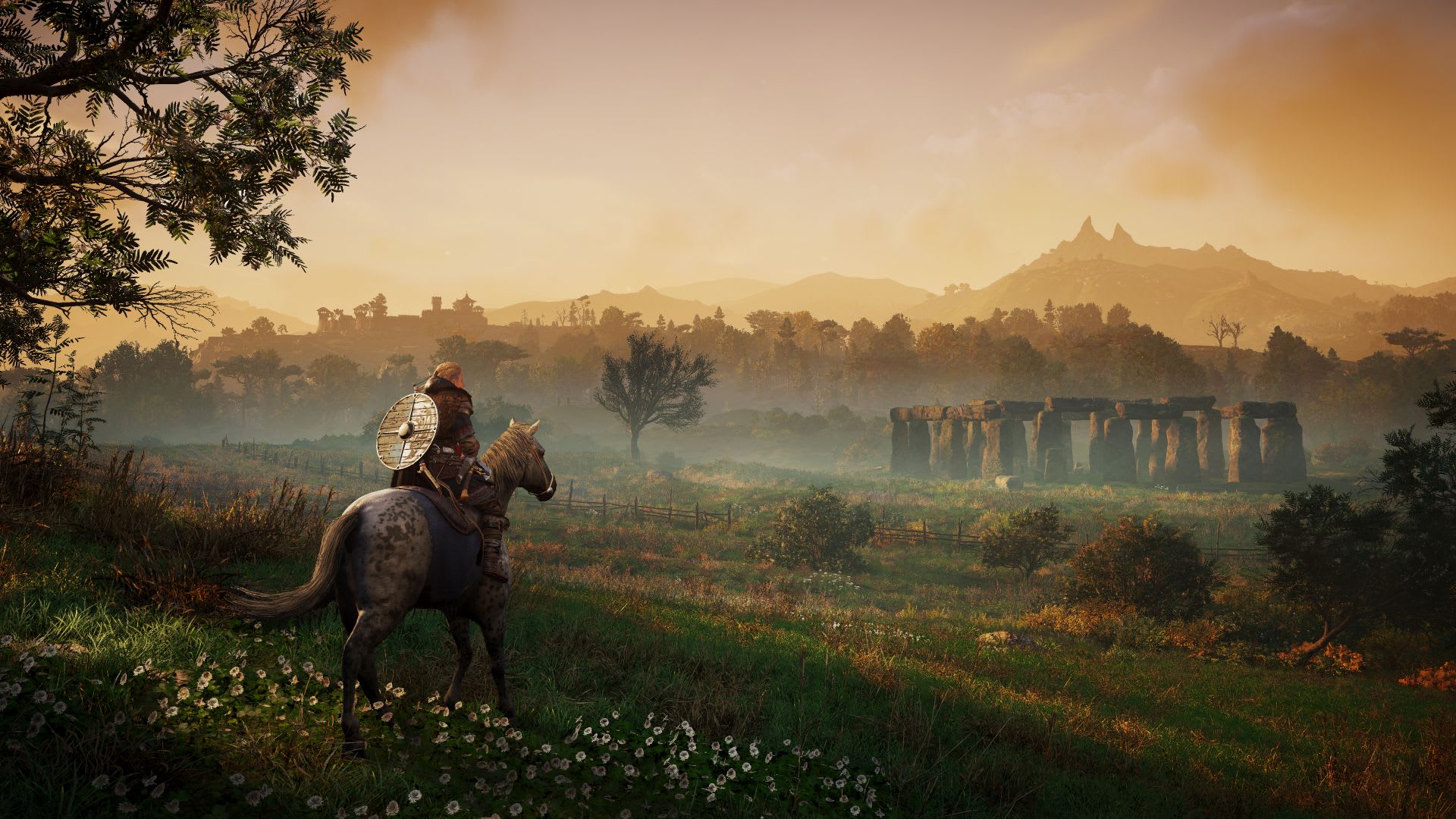 With a new expansion comes new cities to explore, new territories to claim, and a new romance or two along the way – but we will leave those to you to discover.
The claiming of territories works similarly to that of the base game, win favour with the king of that land to draw them to your side, defeating their enemies and allying them with High-King Flann.  You also join High-King Flann as he goes to war with the Northern Irish in his campaign to unite the whole of Ireland under one crown.

This is where you uncover your true foe, which call themselves The Children of Danu, a dark druidic cult who believe the old ways are best and will stop at nothing to prevent Ireland from being under the rule of a Christian King.  As you work alongside King Barid and High-King Flann, you also work to uncover the identities of key members of The Children and eliminate them as their removal aligns with the campaign that you have lent your axe to. 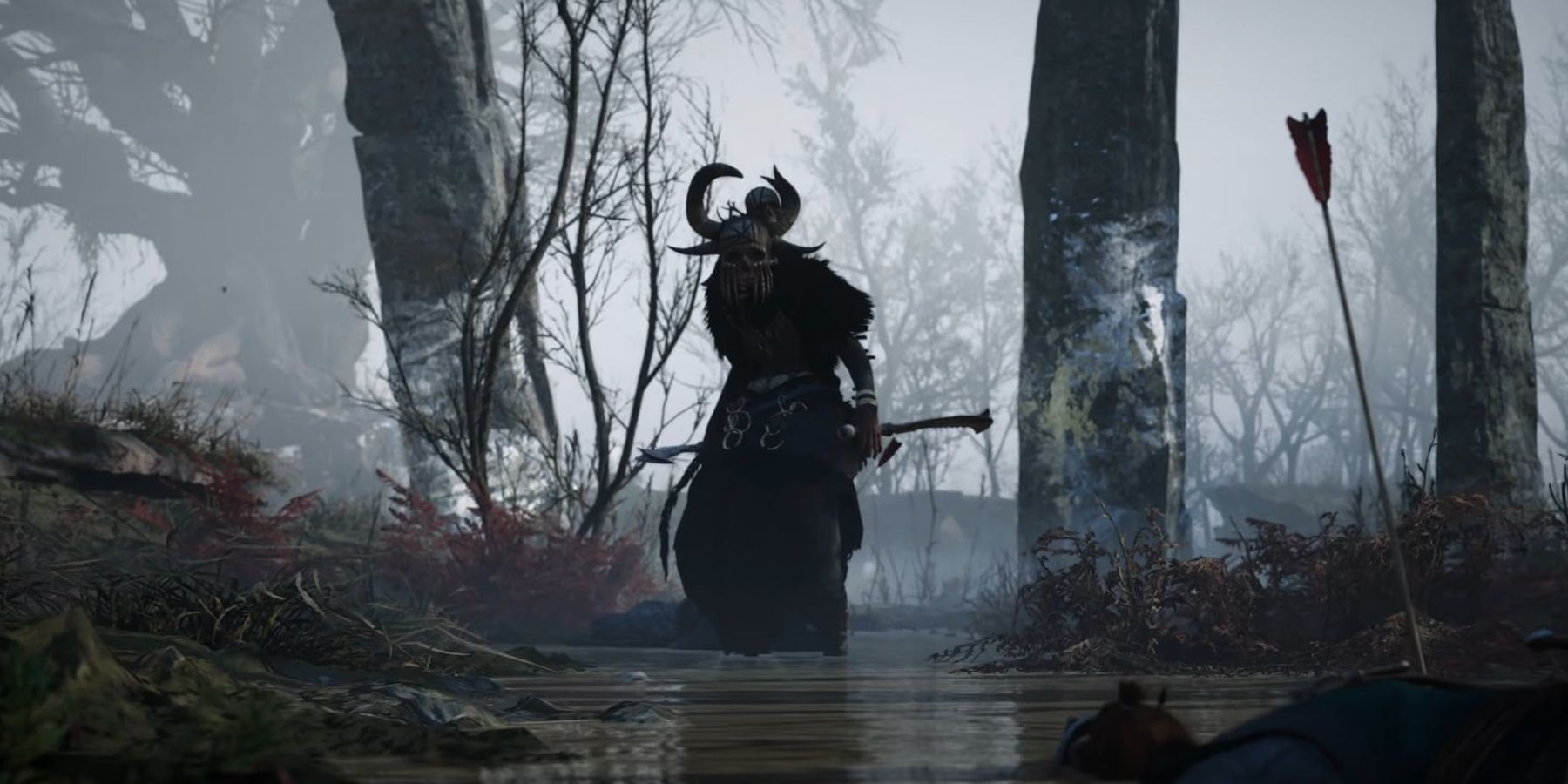 Along with helping High-King Flann and battling The Children, you also spend time helping your cousin, who you feel indebted to as his family took you in when you had no where to go, growing the influence of Dublin throughout Ireland as the center of all Irish trade.  To accomplish this you partner with Azar, who is the chief trader of Dublin, and together – well, you do all the heavy lifting, you work to take over trade posts and grow trade in Dublin and throughout Ireland.  Trade also allows you to get exotic armour, weapons, ship upgrades, homestead decorations, and other items from locations all around the world.

Raiding is of course still there – what would a Viking game be with out the chance to go a Vikingr.  Instead of gathering resources for your homestead however, you now gather resources to improve your captured trade posts and improve trade and stock through them. 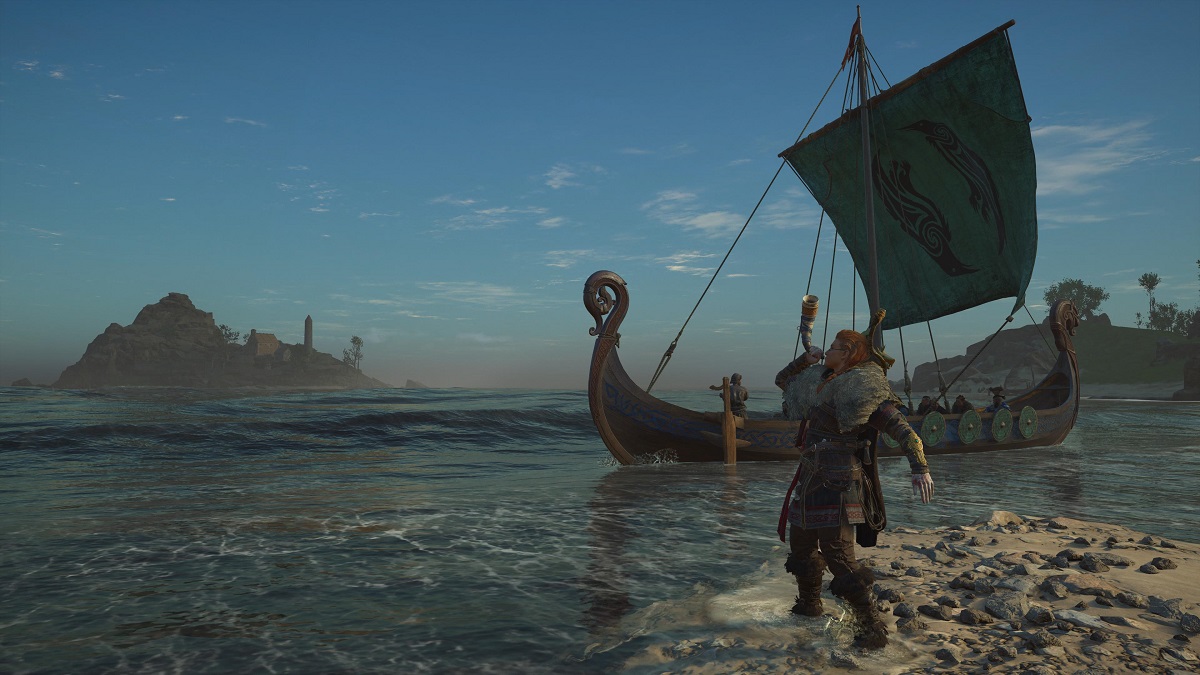 There is also a newish feature (which I had not noticed in my review of Valhalla so if it was there – my apologies) is avenging the death of a fallen real-life player.  While running around cities and countryside, you will sometimes encounter the body of a slain Viking.  When accepting the quest, you are tasked with the duty to eliminate the foe, or foes, that resulted in their demise.  There is no real benefit to the game for this except for a little more EXP and some resources, but it does add a nice little feeling in your gut knowing that somewhere, out there in the world, you helped someone like you in the game – it’s not multiplayer but it’s nice.

With Wrath of the Druids bringing on an extra 13 plus hours on main objectives alone (yes – we got through all 13 of those hours and they were incredible) and another 5 or so hours on side quests (we are getting there), avenging fallen players (I really liked this little feature) as well as bringing some more breathtaking scenery to an already visually pleasing game, Wrath of the Druids surely did not disappoint.

We loved every hour we spent immersed on the Emerald Isle and highly recommend this expansion if you love anything good in life. 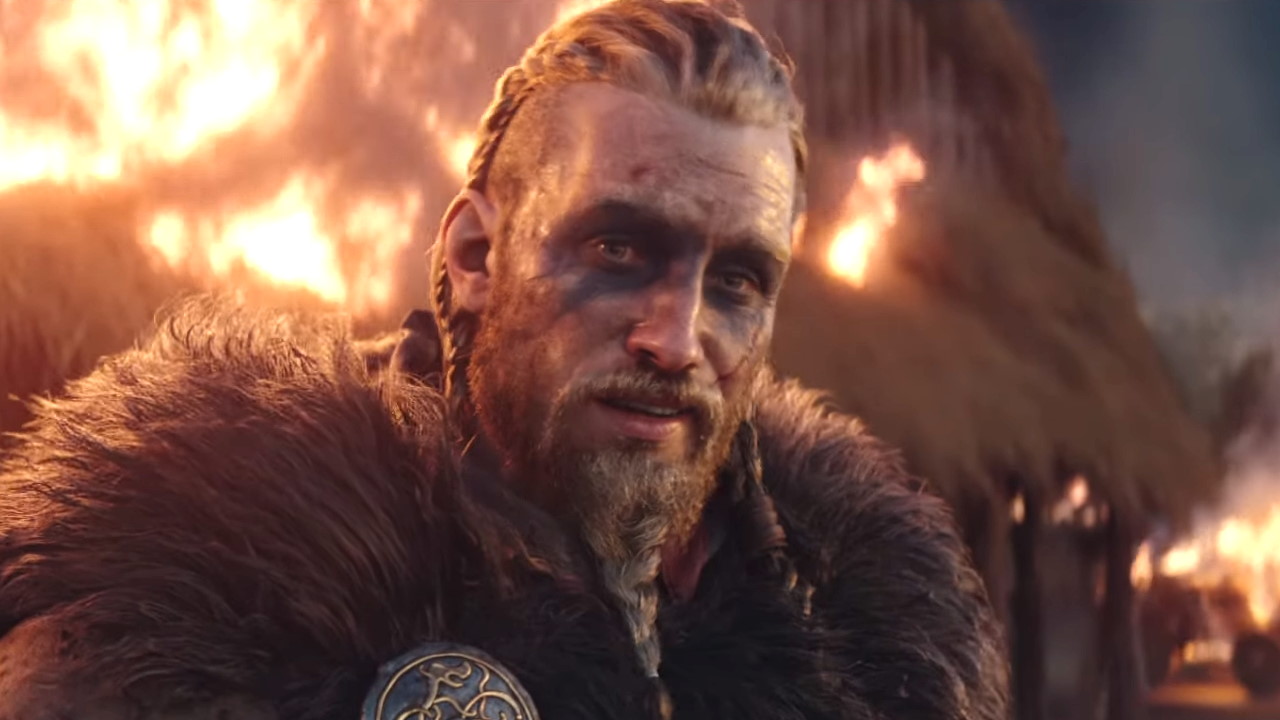 So – what’s stopping you?  Grab your axe, board your longship and let’s go a Vikingr in Ireland!

Like the base game, we award the Wrath of the Druids expansion a berserker score of 9 out of 10 stars!

A big thank you again to Ubisoft and Prima Interactive for giving us the chance of playing this incredible game.