JUNE 2017 GAMES WITH GOLD RUN DOWN 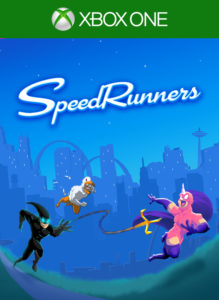 Info: In a city filled with superheroes, getting to crimes becomes a competition on its own. Fortunately there are enough rockets, bombs, grappling hooks, spikes, and other goodies lying around — to make the competition fun and fast. Welcome to SpeedRunners. SpeedRunners is a 4 player competitive platformer with grappling hooks, power-ups, and interactive environments. Run, jump, swing around, fire rockets, grapple onto people to knock them off screen. 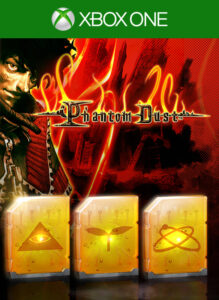 Info: *For Multiplayer Use Only Includes 3 copies of every Skill from the Psycho, Optical, and Nature schools and a 2-School Arsenal. The Multiplayer Content Pack for Phantom Dust takes your multiplayer game to a new level with 3 copies of all Skills from the Psycho, Optical and Nature schools, as well as a 2-School Arsenal to create your deck! The Psycho school provides telekinetic Skills to move objects with your mind and effective close to mid-range attacks. Attack power is high so these Skills are great for aggressive styles. The Optical school uses the power of light. These Skills provide many fast mid to long-range attacks. Optical defensive Skills don’t provide high protection but are low cost. Employ these Skills for effective long-range combat styles on larger stages. The Nature school draws its powerful Skills from nature and the environment. It’s best used for close to mid-range play styles and has many defensive options. Skills are higher cost but powerful and versatile, and many can affect everyone in the environment, including the player. This content can be applied once per save profile. Download the content again to apply to new save profiles.

Info: The American Colonies, 1775. It’s a time of civil unrest and political upheaval in the Americas. As a Native American Assassin fights to protect his land and his people he will ignite the flames of a young nation’s revolution. In Assassin’s Creed® III, eliminate your enemies with an array of new weapons including guns, bows, tomahawks, and trusty hidden blades. The game has been in development for over 3 years and features the new Ubisoft-AnvilNext engine, a stunning technology that will revolutionize gaming with powerful graphics, lifelike animations, immersive combat, and advanced physics. With an all new setting, assassin and engine, Assassin’s Creed® III takes you back to the American Revolutionary War, but not the one you’ve read about in history books. 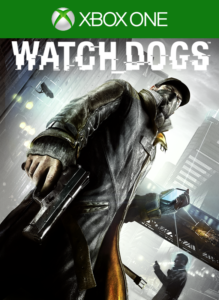 Info: IN TODAY’S HYPER-CONNECTED WORLD, CHICAGO OPERATES UNDER CTOS, THE MOST ADVANCED COMPUTER NETWORK IN AMERICA. As Aiden Pearce, you can hack into this entire system and make Chicago your ultimate weapon in your quest for vengeance. But what happens when your personal quest collides with an entire city?

Info: From the makers of Mass Effect comes the dark fantasy epic: You are a Grey Warden, one of the last of a legendary order of guardians. With the return of mankind’s ancient foe and the kingdom engulfed in civil war, you have been chosen by fate to unite the shattered lands and slay the archdemon once and for all. (1) Immerse yourself in a shattered world on the brink of annihilation; (2) Experience complex moral decisions that have game-changing consequences; (3) Sculpt your hero in your own image or fantasy; (4) Engage in bone-crushing, visceral combat against massive and terrifying creatures

PrevPreviousElite controllers (Which one will work for you?)
NextYOU CAN WIN!Next