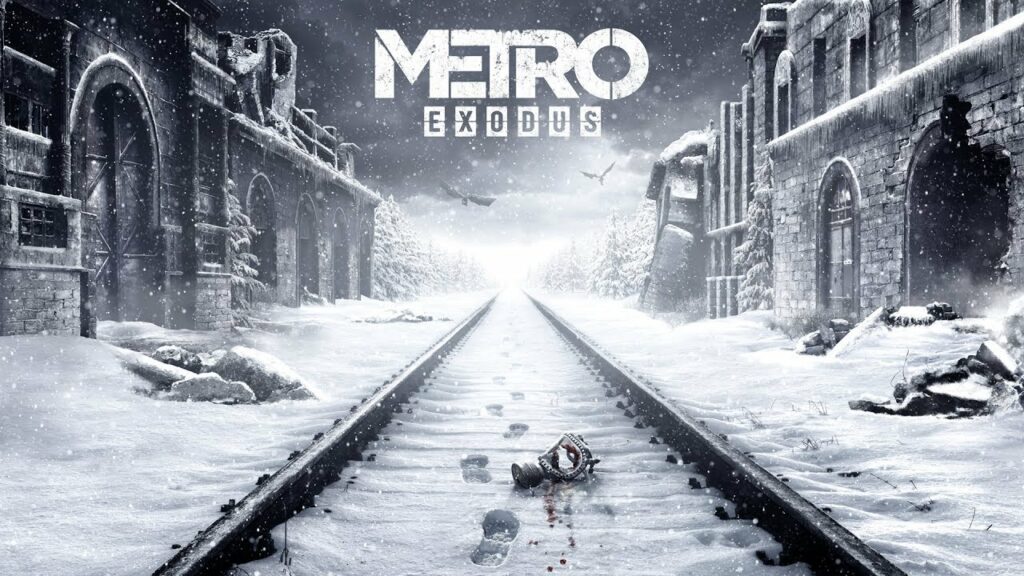 When Metro 2033 arrived on our screens in 2010, it was surrounded by fast-paced shooters such as Call of Duty, Counterstrike, Crysis and similar titles.  The combination of slow-paced, gameplay which has you trapped in post-apocalyptic Soviet metro rail tunnels fighting against mutated creatures seemed quite far off the ever-popular zombie genre which was gathering quite the following at the time.  But DeepSilver proved us wrong by creating one of the most suspense-filled titles that would have you jumping at every knock of a tin can and every noise in the dark as you scrounge for what little ammo there is on offer as you start moving less towards the lit areas but more towards the safety of the darkness.  Metro 2033 not only weaved an intriguing story of Artyom and what he has to do to survive but also paints the picture of the bleak existence of the human species when they are no longer at the top of the food-chain.  The atmospheric and claustrophobic narrative and gameplay instantly grabbed and sucked players in and Metro 2033 was a popular game amongst most players.  Soon after a second title, Metro: Last light took players back into the tunnels with a little more top-ground exploration and more tweaks and improvements.

And 2019 sees Metro Exodus grace us with its presence.  It has been teased at previous E3’s and stunned us with its grisly beauty.  But many wondered if Metro Exodus would be able to stand in the shoes of its predecessors when it ventures away from the confined and atmospheric tunnels and venture into a more open-world environment and what can be confirmed is that it has become apparent that it most certainly can! 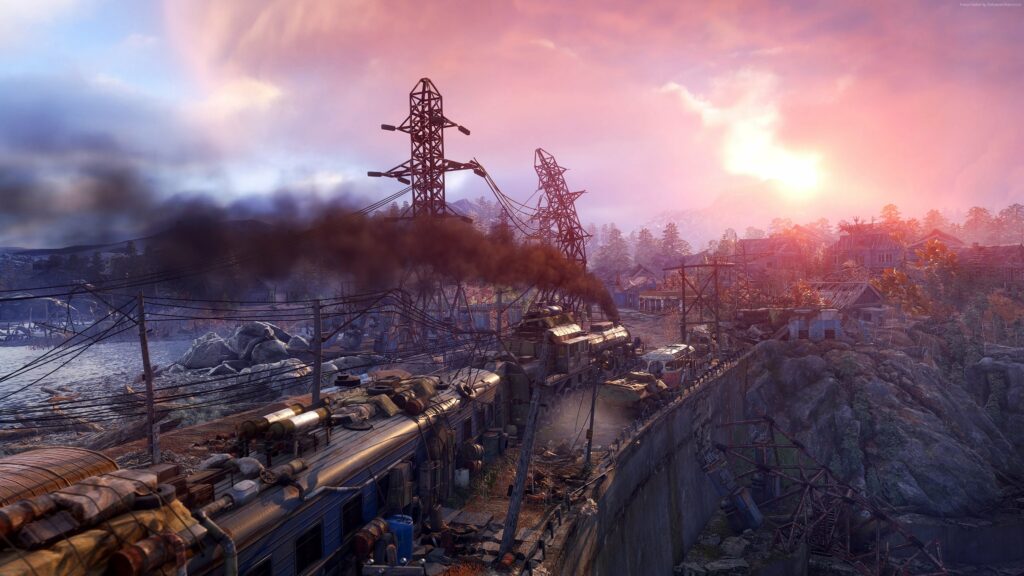 Exodus picks up 2 years after Last Light.  Exodus is a largely self-contained story that follows the main protagonist Artyom, his wife Ana, and a few spartan rangers left from the last great war.  They set out from a war-ravaged Moscow in search of habitable areas with the hope of finding other survivors in the seemingly dead, apart from monsters, world, aboard a train.  This ability to travel allows for a dazzling variety of settings that you can experience through different seasons, seeing as Exodus plays out over the time of around a year.  Ranging from snow-blanketed Moscow to sand-swept deserts and lush forests.  All of these settings are well-realized and have adequate amounts of mutants and humans both friendly and hostile.

Although Exodus has broken out of the chains of the past letting you explore the more vast open expanses, some story missions will have you exploring the traditional dank underground corridors.  With the newer technology, the lighting effects are extraordinary and the audio makes these areas feel even more ominous and claustrophobic. 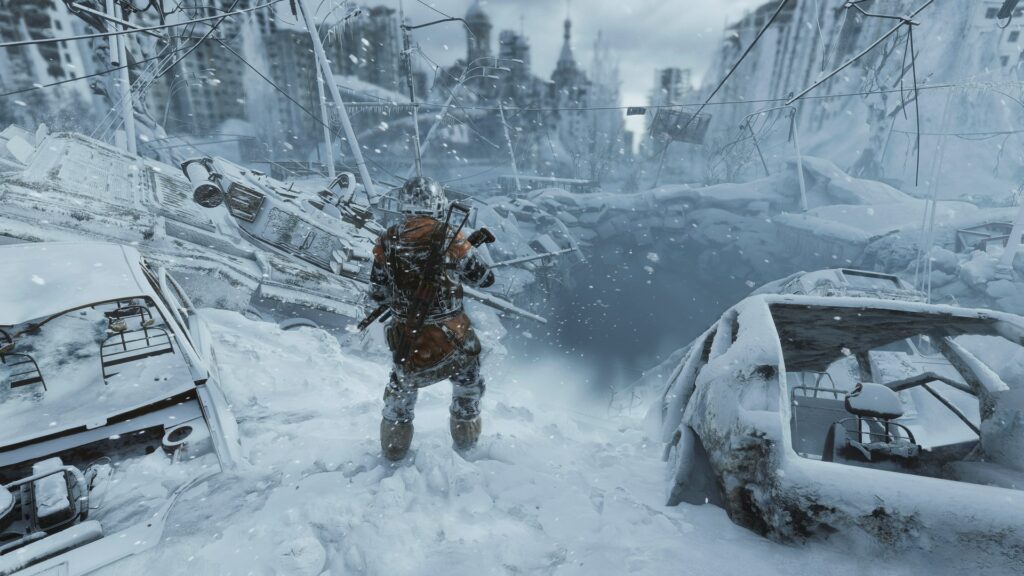 During the first couple of hours of Metro Exodus you will be met with a Metro game that is unlike the ones that came before.  No longer will you be trapped in the tunnels but you will be met with the open and outside world, which, in its own right, is spectacular.  But you will also meet many characters, unlike the previous games where you were alone for large periods of the game.  At times some of the acting feels slightly forced and rushed but nothing to take too much notice of.  It is also worthy to note that this is the first AAA-metro title so this will be a learning curve for them.  But the narrative still remains splendid and with a clever opening sequence that brings new players up to speed with what has been happening in the metro as well as refreshes the memories of old returning players. 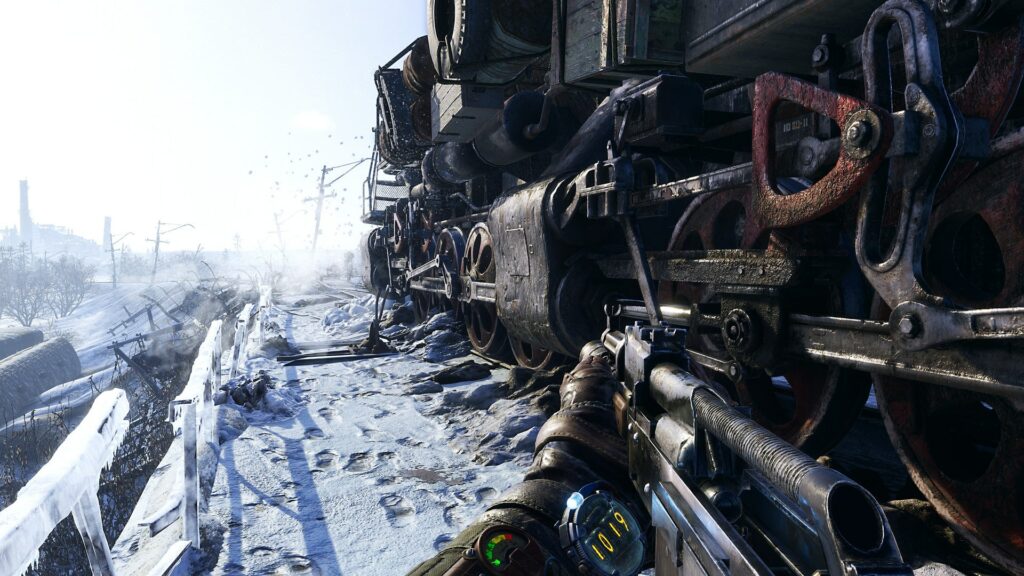 No longer does the world of metro run on an ammunition-based currency, instead of having merchants and stores you now have a crafting backpack and workbenches scattered around the world.  These benches can be used to craft everything from ammunition to upgrades for your guns and armor and bracer, as long as you have the relevant parts required.  If you want to upgrade your weapons, you can dismantle weapons found in the wild and use those components and place them on your current weapon.  Even though you can craft your own bullets the game still revolves around choosing whether to take the shot and conserving ammo rather than go in all guns blazing. 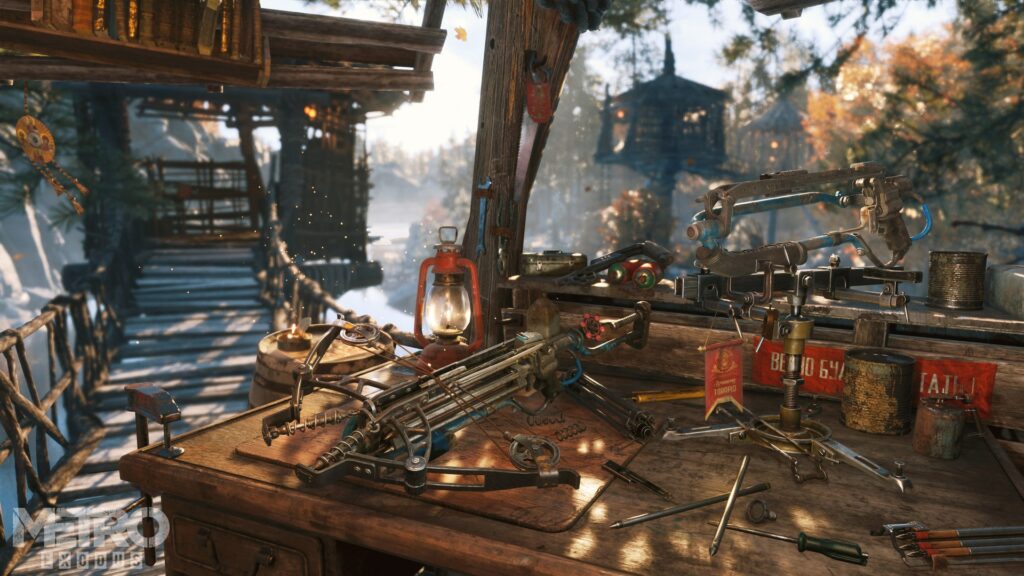 The backpack brings an invaluable addition to the game, having you customize and change attachments to your weapon on the fly and not having to return to base before being able to equip them makes it possible to venture in the great unknown for longer periods before being forced back to base.  A steady aim has become even more essential in Metro Exodus compared to previous titles as the enemies seem to have become more intelligent. pushing and flanking you if you give them the opportunity as well as noticing if you were to extinguish a light to create the cover of dark areas.

The combat of Metro Exodus is painfully good.  You will find yourself carefully moving your way around gathering ammo to ensure your future survival when out of nowhere mutants will attack causing you to spray your hard-earned lead savings and having to start all over.  Without giving away too much, the enemy types in Exodus are really vast and combat will never feel repetitive. 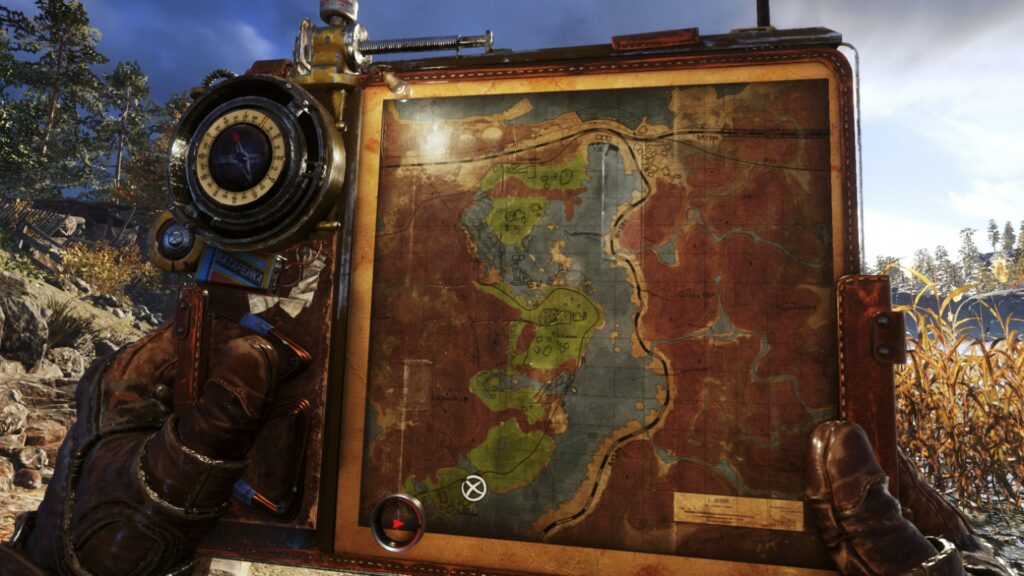 Metro Exodus has some incredibly detailed environments, but so do many other titles, but what helps Metro is the minimal menus and on-screen indicators.  This does wonders to help you feel engaged and the way the on-screen displays are crafted, looking down at them doesn’t feel like you are looking at a menu, it feels like its just a subtle display, that, in real life, would have been there anyway.  These fine nuances are what makes the realism great.  There is no large glowing indicator on the horizon silently shouting for you to head in a certain direction.  Don’t get me wrong Metro doesn’t leave you with absolutely nothing to navigate with, Artyom has a compass strapped to his arm, so a subtle swing of the needle on his arm can point you back in the general direction.  Likewise, there is no map in the corner of the screen.  Instead of spotting a glitter of candlelight in a window of a cabin in the distance will show you a possible area of interest.  This way of letting the player discover in their own way does make for pure indulgence. 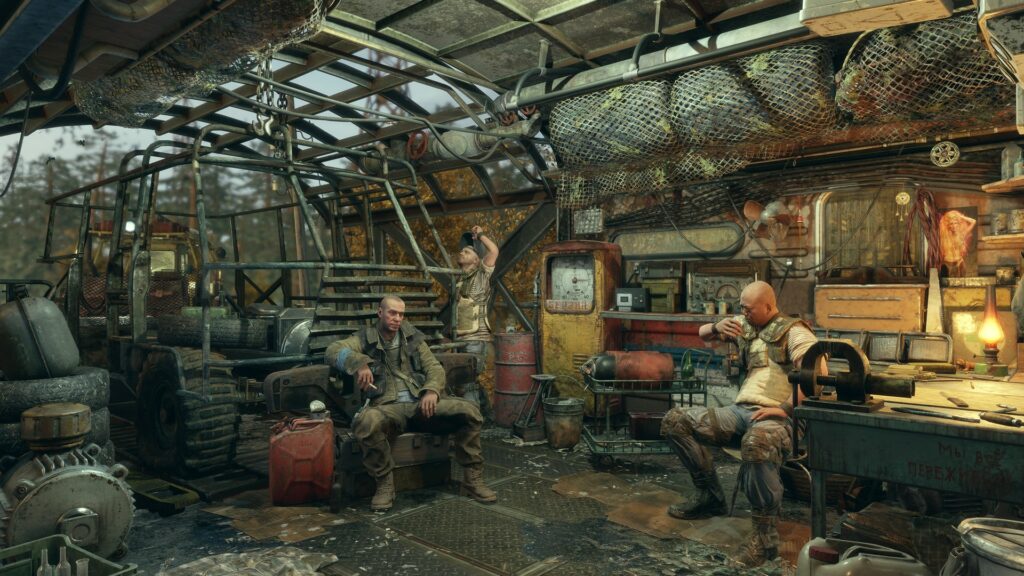 Apart from the constantly varying quality of the voice-acting, the subtle details and ramifications of your actions in Metro Exodus is something truly great.  Doing little things such as finding a teddy for a little girl on the Aurora seems like a silly quest, but coming back later to see her playing with it makes your efforts worthwhile.  Not all actions have such minor effects on the world.  Disobey an order to not shed any blood during, and your actions might come back to brutally haunt you when you least expect it.  Many of the actions and decisions will be unbeknownst to you until much later in the game, that is what makes the story so interwoven, at no point will you be able to make out which action is a good or a bad action, these actions will simply snowball till you reach the end where they will have an effect on which ending you will experience.

Metro Exodus has not changed its recipe, it has not succumbed to the run-and-gun meta that has become the norm of late, no, Metro Exodus encourages you to take your time and not only take-in and appreciate the most detail-rich and atmospheric environment of any story-driven shooter on the current generation platform.  One of the only problems I do find with Metro Exodus is that apart from the diary entries Artyom reads aloud at the beginning of each chapter, he is a completely silent protagonist.

But all in all Metro Exodus takes you on an exhilarating and sometimes, horrifying, atmospheric journey through a Russian dystopia jammed full of detail and characters both good and bad around every corner.  Should you try it? Most definitely! You will need to search far to beat the effective use of the survival horror mixed with many hair-raising moments.

What cannot be argued is that Metro Exodus is one of the most visually breath-taking games around at this moment and playing it will be not only a visual treat but hair-raising bliss at the same time.

Our favorite Russian-Rambo has also wandered and experienced the horrors that can be found in Metro Exodus, here is a video review of his views of the latest installment of the Metro-franchise.
Watch on Youtube