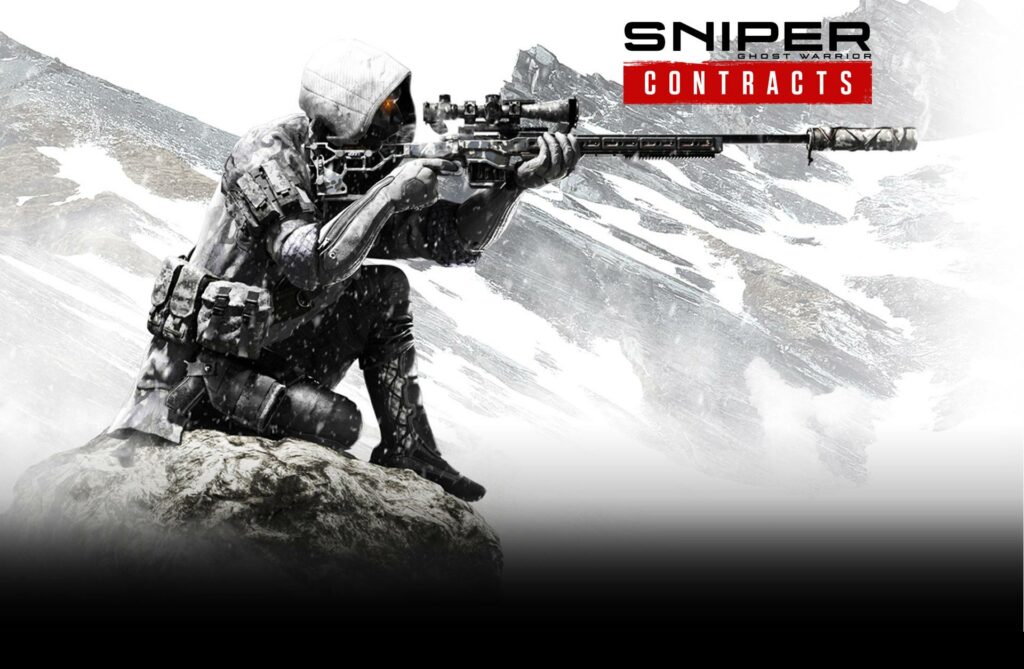 Sniping games have been around for a long time.  Sniping missions have also been a staple in franchises like Battlefield, Medal of Honor, and possibly the most infamous sniping mission of all, in Call of Duty.  All of these have taken elements of sniping and used it within a combat environment.  Where action and gunfire come frequently and a constant pace.  Not many of these titles really capture the true experience of sniping.

A few games have come close.  The Sniper Elite franchise tries, and succeeds mostly, to put you behind the scope of a WW sniper.  With more emphasis on a visual representation of demolishing your target with brutal bullet penetration scenes, yet it lacks the true feeling.  This is where the Sniper Ghost warrior franchise puts its hand up and zooms in on the target!

SGW, as I will refer to it during this review, does not boast the strongest of stories.  The usual politics, some dodgy oil companies and general international espionage is the reason why you will be setting your crosshairs on a good couple of bad guys.  Although there is some reason for what you will be doing it doesn’t do much in the way of linking missions or a general storyline.  During the intro, they do try and explain why it is morally acceptable to be paid for killing people…  What really makes SGW Contracts great though, is not the storyline, or actually the shooting (this is amazing though), it is the vastness of the extremely open maps.  The landscape is almost terrifyingly massive and moving around it takes extensive time.  This makes your missions so much more complex as there are multiple ways of taking on your mission.  Not only are the levels so vast, but they also vary tremendously in both visuals and environments.  This will force you to adapt your approach for each mission as you will find yourself sneaking along urban coastlines, heavily guarded fortresses and private mansions hidden in forests. 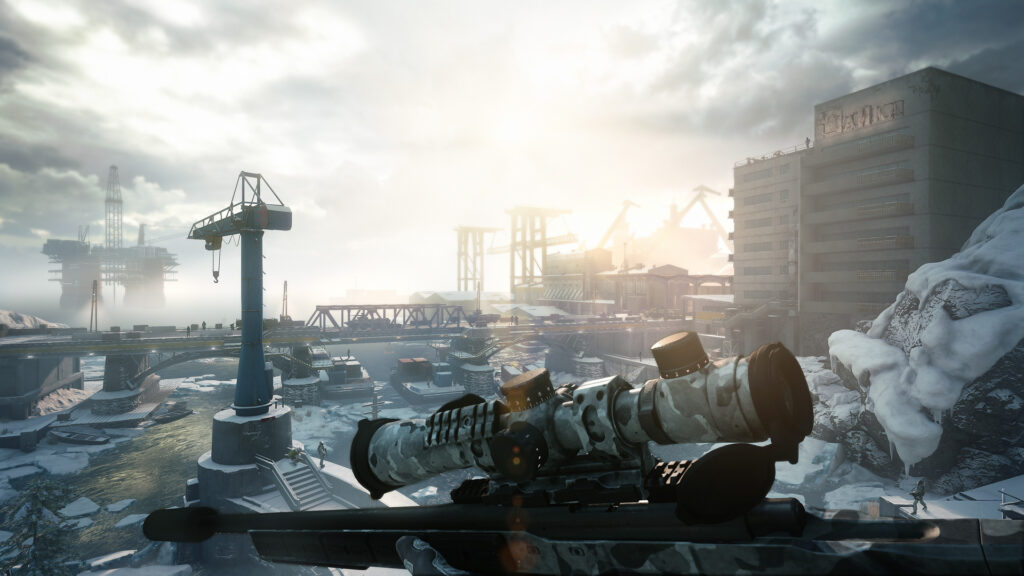 Generally, sniper games or even missions would have you creep around and kill off the enemies as you come across them.  Upon reaching the intended target you would “eliminate” them and then you would be done. SGW Contracts takes a different approach.  Firstly, you will need to choose your approach carefully, stealth is non-negotiable.  But your approach can determine how much interaction you will come across.  Many of the missions require you to not only eliminate the target but often retrieve intel, or even sabotage a facility.  This will have you not only working from behind the scope but thinking about the effect your shot will have on the rest of the mission.  This approach often leads to fewer bullets fired which creates intense moments of manoeuvring past enemies instead of engaging!  Once your objective is complete you now need to be extracted, this is where your planning comes into play as well as a harsh and brutal punishment for those who think they are able to fight their way out.  This is where the large maps can become a hindrance which will see you often backtracking vast distances and hiding and watching for long periods of time.  I guess they don’t call it GHOST warrior for no reason!

The Art and Science of Shooting 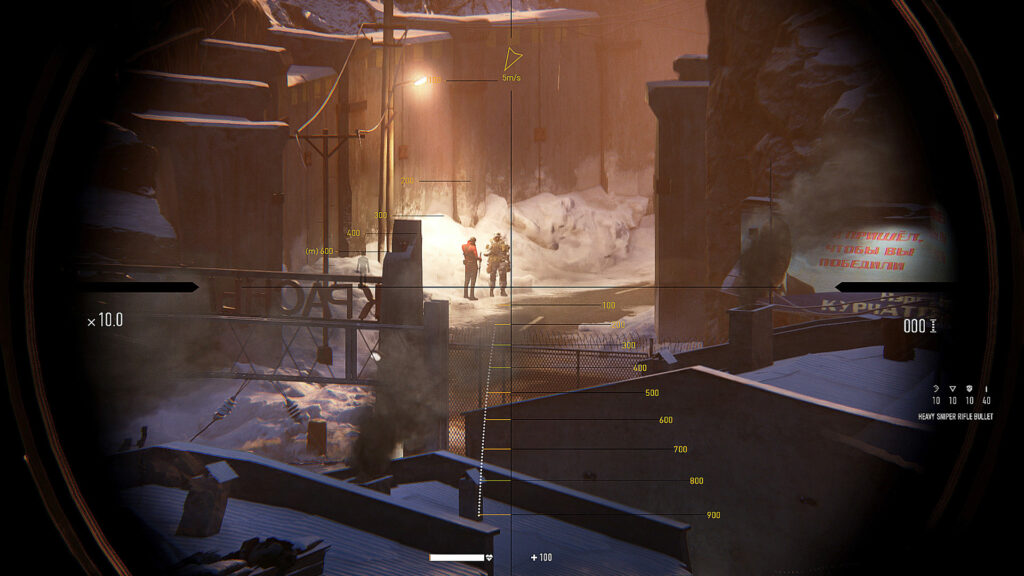 As in most sniper games, pulling off an incredible 1000m headshot on a driving target doesn’t just happen.  it takes timing, precision and lots of science.  While the optics of your gun does provide amazing amounts of info regarding wind and trajectory of your bullet there are still many elements that you will need to contend with, and in this lies the magic of SGW Contracts.  Not only are these elements that make this game extremely difficult to play, but it also makes it extremely satisfying when everything works out!  The over-the-top kill cinematics of a bullet penetrating a skull and having the brain explode out the back does feel slightly out of sorts in a game that has very dark and moody tone.  But it does serve as a relief when the cinematics happens the moment you pull the trigger signalling that you have hit your target.

Being a “ghost” level sniper does, however, come with a few perks.  You are provided with a visor that serves as communication between you and your “handler” as well as a host of other gadgets.  From the usual bombs and c4 to drones to help mark out enemies and even remote turrets that enable you to perform multiple kill shots at the same time. 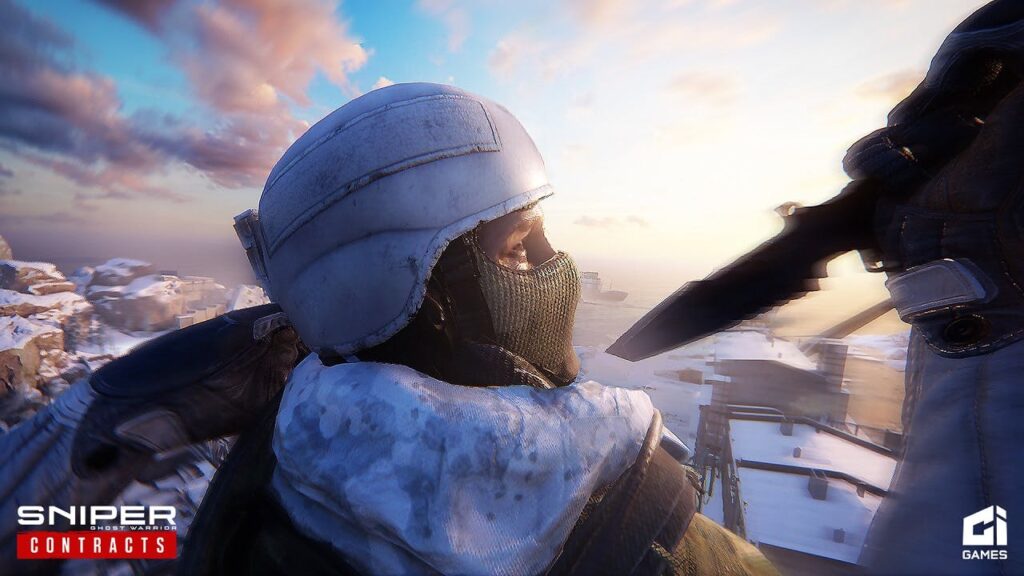 SGW Contracts is by far the prettiest in the franchise and playing it on the top tier console or a capable PC will have to checking out the scenery fairly often during your hiding and backtracking to exfiltrate.

SGW Contracts is not for everyone, if you are expecting something easy, then move along.  If you don’t intend on playing it at the toughest difficulty, also move along.  SGW is as close as you can get to experience what a true sniper might need to endure, apart from some of the gadgets.  The 12 hours that it can take a competent marksman to complete the game can exponentially become more if you are not a great shot.  Even though Contracts has a rather forgettable story to it, the mechanics and suspense and joy of nailing your shot and getting out in one piece is a definite reason to play it!