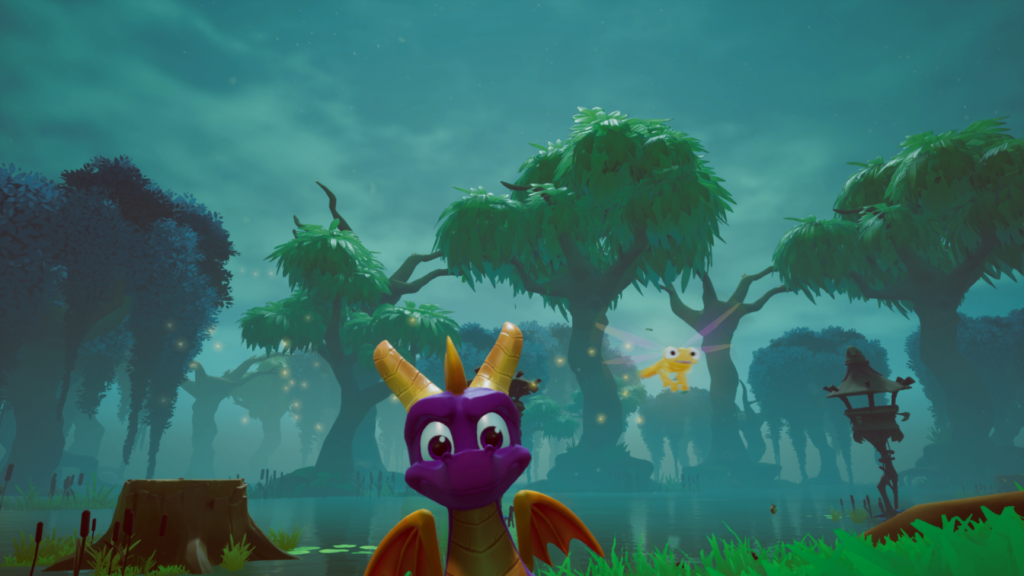 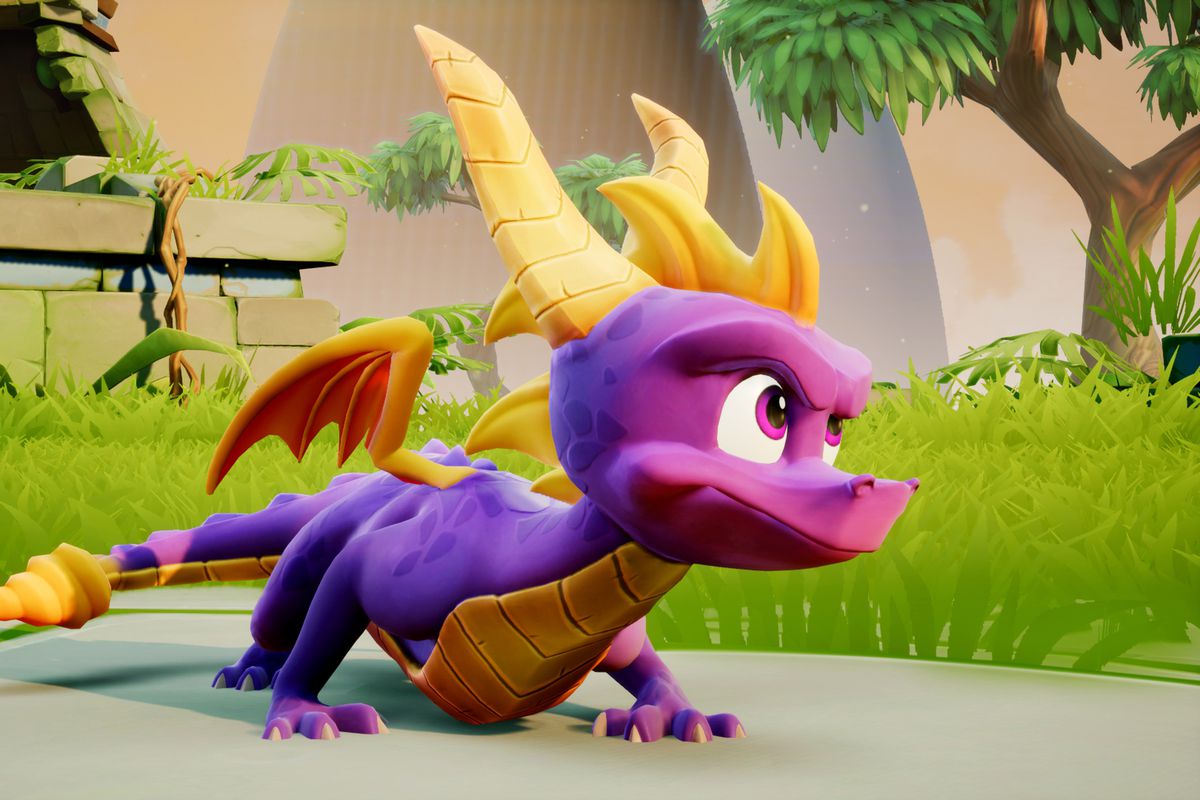 I have many fond memories of a certain little purple dragon named Spyro and playing the Reignited Trilogy was a welcome walk down memory lane with a beautiful new flare. The graphics, colours and cartoony art style are all just amazing to look at. From Spyro’s cute animations to the scenery of the levels, the modern technological advancements have really breathed a new flame into these games. The game is gorgeous, there are no two ways about it. 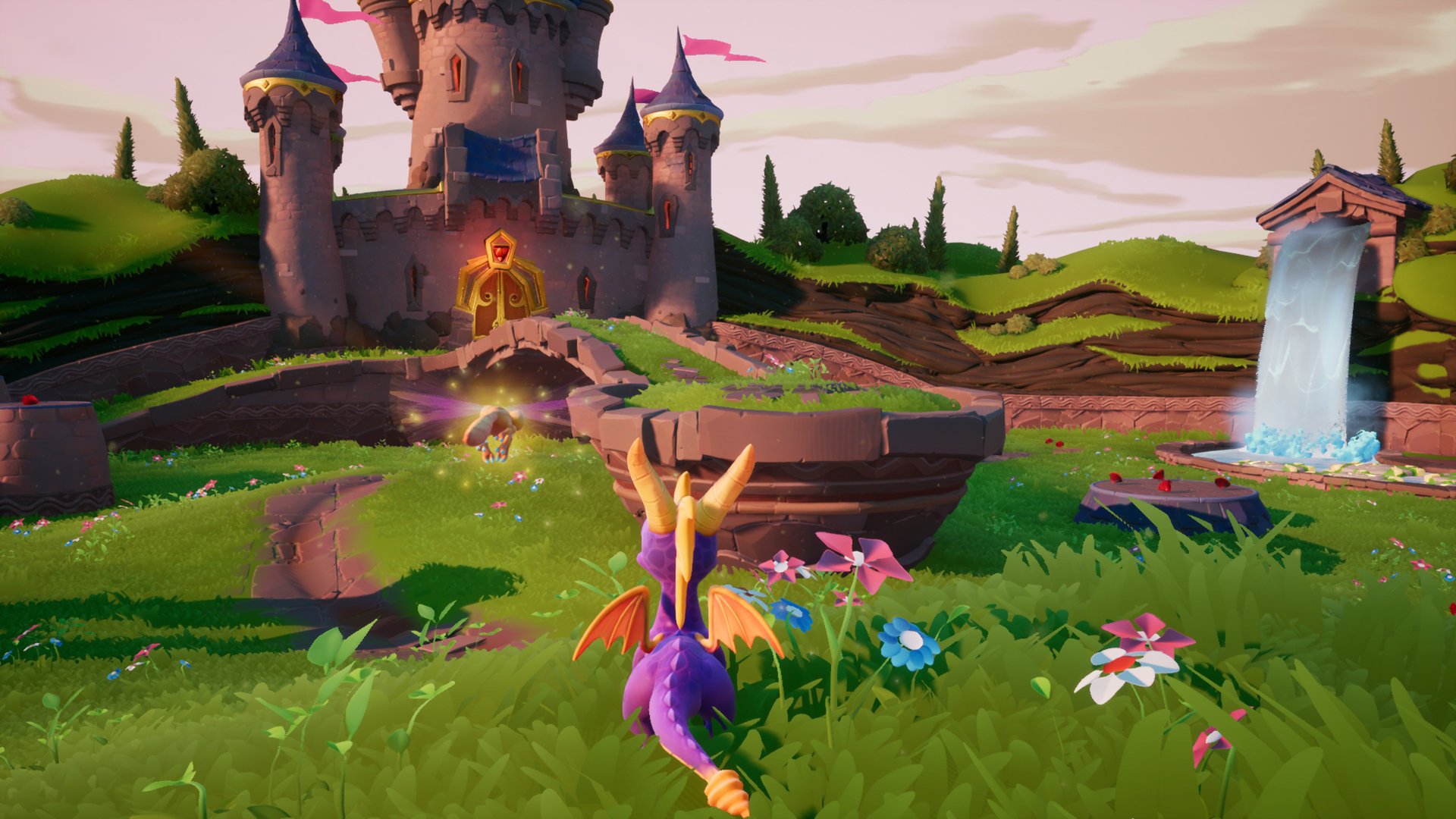 Also, the audio has been done over. The voice work is so much better. I remember the odd breathing between words in the older Spyro I played way back when, as if the mic was too close to the speaker but this time around the voice acting is done so much better even though a lot of it can be awkward when characters say things like “press the action button to do this!” But overall, the voices are so much clearer now. The music has also been remastered too which makes the catchy tunes more dynamic although there is an option to switch to the unedited music which is a nice feature. 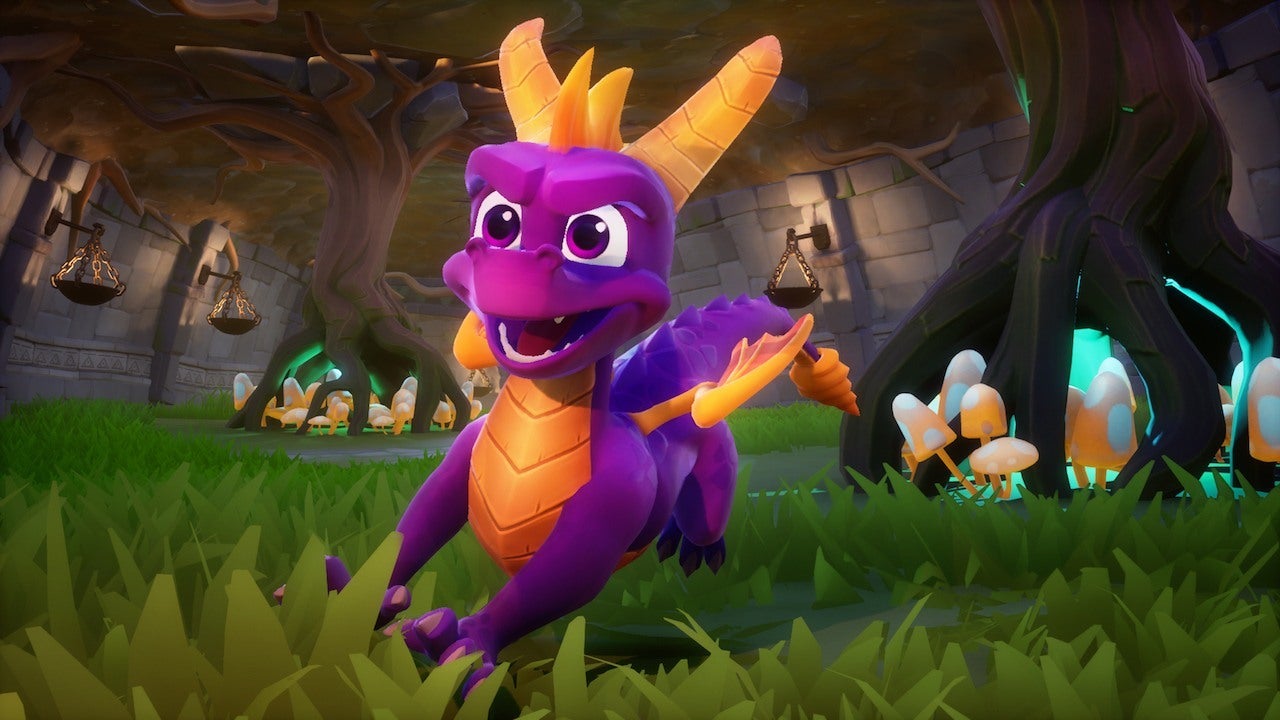 Other than the graphics, voice acting and some altered controls from the original, not much else has changed. The game still plays like the old one. The controls have been altered to the better though. In the original, the bumper buttons panned the camera which was just awkward, this time the analogue sticks control the camera which does make it game feel easier than what memory serves but it is a much welcome change. Other than that, it’s still that action-packed quick thinking platformer that was adored all those years ago. 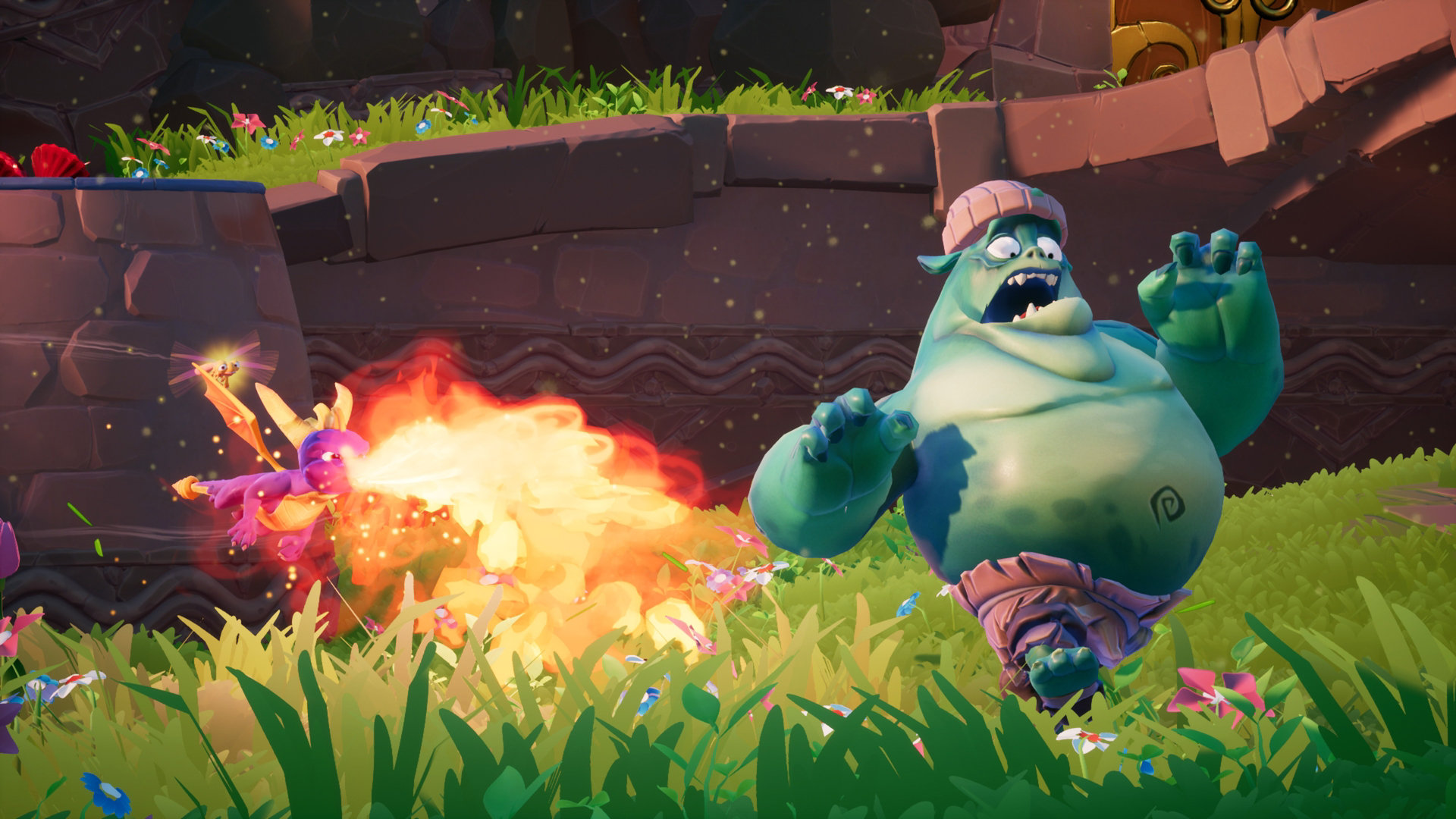 This remaster comes with the original three games, for those who didn’t know. All made dolled up for this generation of consoles. One can clearly see the amount of love and passion that the dev team, Toys for Bob, has for Spyro just by looking at the game. It’s nice to see these fantastic games made for a newer generation and for us old-timers who hold onto better days. 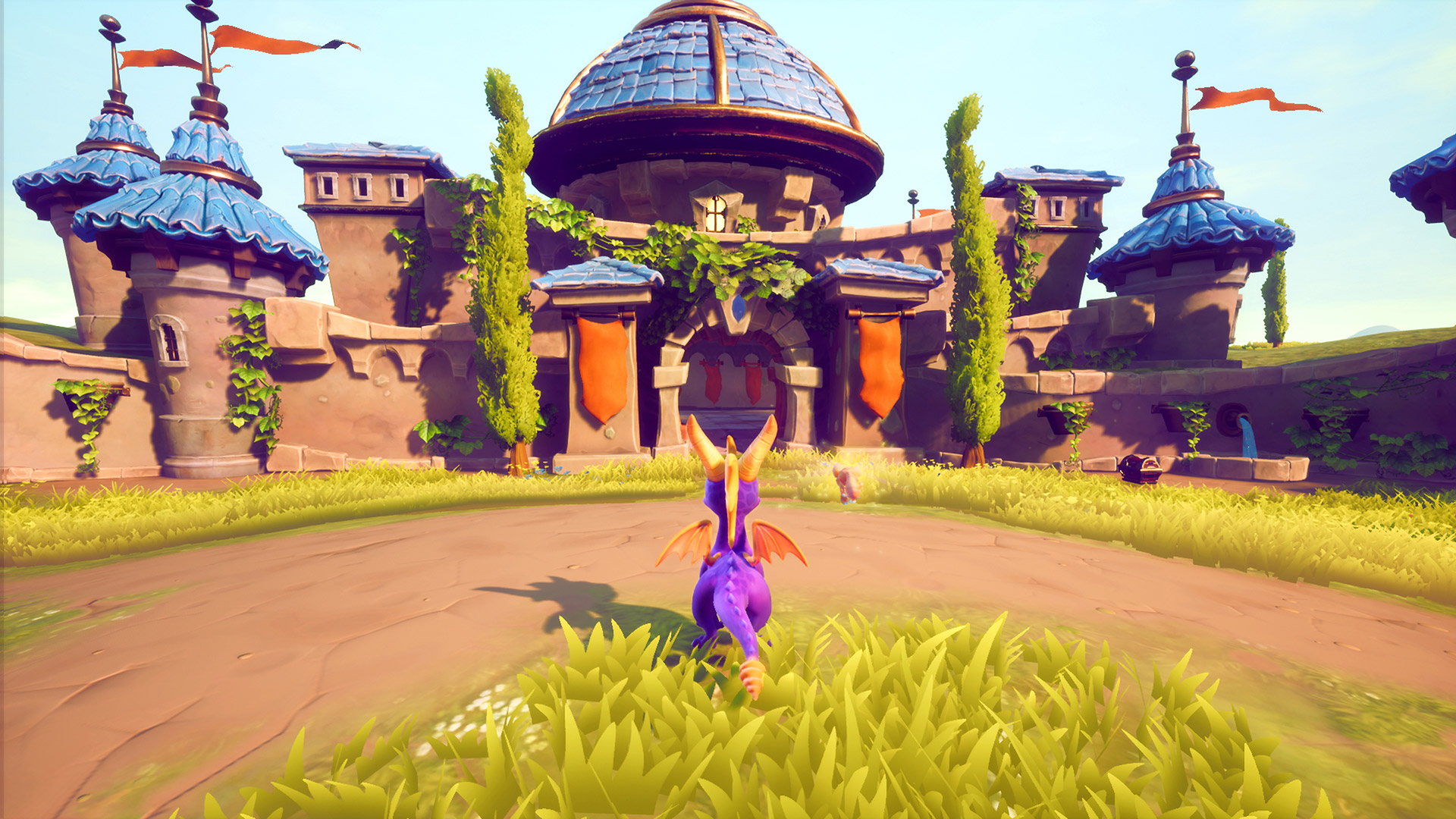 Although the gameplay may be considered dated compared modern games, Spyro in its remastered form still holds its own, although not an open world sandbox, the early stepping stones to that genre can be seen here with hub worlds that have portals to levels which can be done in any order the player chooses. It feels unfair to rate Spyro according to the modern-day mechanics which do promote more openness and customization. So I’ll be rating Spyro: Reignited Trilogy as a remaster and as far as remasters go, it gets a 10/10 from me.

Written by Mr Groovy B