3 Open World Games To Keep an Eye On!

Some Developers don’t climb on the hype train and over hype or over sell a game and sometimes it pays off well. I have taken three games that has serious potential of becoming “Silent Master pieces” and which grabbed my attention from the get go. 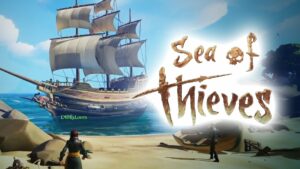 Like to sail the seas, go treasure hunting and shout random words that end off with arrrrrrrrrr…. Well this might just be the game for you.

I had my first experience this weekend within the insider program and had a chance to play for about 2 hours and I must say this is a CRAZY lot of fun.

Sea of thieves has a strong emphasis on multiplayer and playing alone does not reap any rewards. From sailing and navigating to letting down the anchors and reloading cannons, every single aspect is team based and must be done by the player. The creators definitely went for realism but still keeping it extremely fun within a stunning game world.

I definitely recommend that you sign up with the insider program.

Click here to become an Insider:  Sea of thieves Insider 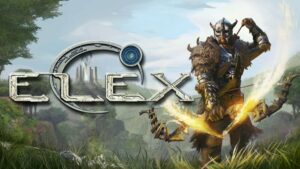 This is a game to keep an eye out for, a completely new IP from Piranha Bytes who also brought us the Gothic and Risen series.

I’m a sucker for open world games and RPG’s and from looking at some gameplay footage, ELEX grabbed my attention immediately.

Magalan is a planet struck by a meteor that caused massive destruction and threatens to undo everything the people of the world accomplished. Those who survived the impact now struggle to survive against nature and each other as faction’s battle for control. At the center of this war is the new element ELEX which is a precious and limited resource brought by the meteor impact and can power machines, grant magical properties and even sculpt new life.

Make sure you check out this awesome trailer of ELEX

Dragon’s Dogma came to Xbox 360 and was a game that slipped in silently but made a huge impact with its awesome play style, game mechanics and party system. Now Dragon’s Dogma returns to Xbox one and if you haven’t played it or heard of it make sure to keep an eye on it.

In, Dragon’s Dogma, your character must track down the dragon that curb-stomped you in the intro and literally stole your heart. The game allows you to create an AI companion called a Pawn, and even hire Pawns created by other players. The combat is fast and brutal, like Devil May Cry, with the ability to scale larger enemies like Shadow of the Colossus.

Dragon’s Dogma has no official release date but the studio has confirmed a 2017 release.

If there are other Open World games or RPG’s you cant wait for let me know in the comment section. Hope all of you have an Amazing Sunday because tomorrow its all back to grinding away at normal office hours.