The past week I had the opportunity to play Plants vs Zombies Battle for Neighborville and I quite enjoyed the new take on the classic side scroller game. 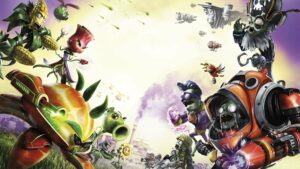 PVZ, as I will now lovingly call this little gem, is a very entertaining 3rd “person” shooter, actually, the first impression was that if the original Plants vs zombies and Overwatch did the BOW CHIKA WOW WOW….this would be the result.  You have attackers, defenders, and support for healing.  Not only could you be an army of sun guzzlers but brain munchers too (no Offence to any plants or zombies intended), the cleverly designer characters each with their own unique way of attacking, which gives players options and freedoms to pick and even swap out as often as they like, need a support? BOOM change, need a tank? BOOM your welcome, need coffee?…. uhh ok so the game can’t go that far but I’m sure if you ask someone REALLY nicely that could be arranged.

There is a campaign mode where you can take your soldier (be it plant or zombie) and complete tasks assigned by a very power-hungry 1 eyed sunflower, or take you hand to the PVP scene where you can go all out with friends, randoms, even that REALLY angry neighborhood kid who’s always eating peoples mailboxes and just have a blast.  The game gives you upgrades for your character and its up to you to decide how you want to upgrade, focus on defense or attack perks or bolster your healing abilities, there’s a perk to match every playstyle, and the customization is one of the best features, as you can take the very innocent looking pea shooter and turn them into…..an even more innocent looking sea pea!!! Which looks like “finding Nemo” found a new hobby, shooting the undead with vegetables! 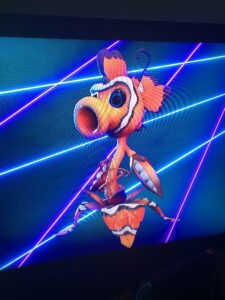 Delving a bit further into the teams and their soldiers, the plants side has quite an entertaining line up, we have the classics which are our pea shooter, chomper and our sunflower, and then we have some quirky additions like the naartjie…..or orange…..anyway this soldier has a shield and walks around like some vitamin c friendly spider mech, and one that I found quite entertaining was the acorn and oak soldier, with his little rapid-fire head-mounted gun he storms the field and when enough isn’t enough, He plants himself (SHOCKER) and a few seconds later emerges from the earth atop a very bulky tank like oak (and not the okes from the club ne), and then rains hell with cannon fire.  I found myself drawn to the snapdragon, a plant as its name suggests is a fire breathing dragon, funny, I thought plants hated fire, who would’ve guessed. 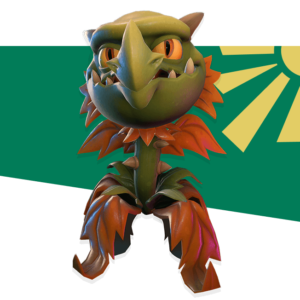 On the zombie line up, we got control of a superhero? Zombie….is he still a hero though? AMANDA!!! GOOGLE IF A SUPERHERO DIES AND COMES BACK AS A ZOMBIE ARE THEY STILL A HERO?  Right the “hero” zombie is more focused on melee attacks and like the CQC, we also see the football zombie, who’s traded his kicking boots for a freaking football launching Gatling gun!!!! And when he needs that “kick”, see what I did there, he literally kicks a smaller zombie which explodes, the zombies have also kicked up the tech a bit with a space cadet zombie, which can link with other cadets to form a space STATION for serious damage output, and the zombies have also seen fit to recruit a healer, a doctor of sorts which his little healing gun which he fires normally or fires a shot which sticks to a surface providing healing at a distance to himself…cl 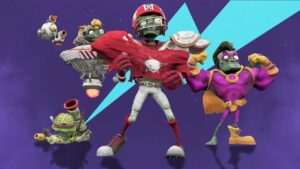 ever for something without a brain.

The visuals of the game are very eye-pleasing and the combat mechanics are simple and easy to use, the gameplay is smooth and all the audio cues are spot on, a very well thought out game and delivers on a lot of fun action-packed moments, coupled with confused screaming as you get flanked.  Would I recommend the game? Yes, would I say it’s for everyone? YES, even my kids had lots of laughs watching me play this game, is it replayable? Very much so with all the characters and 2 teams, you can enjoy it time and time again. 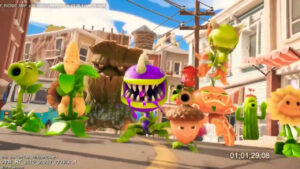 SO with armies thwarted and the battleground littered with my enemies what would I rate this game a very entertained and well-earned 8 stars.

With a huge shout out to PRIMA Interactive for the sponsor code, I will be forever entertained burning my enemies with my plantable pet dragon.