Gaming peripherals can cost an arm and a leg these days.  With the price of PC hardware, especially gaming hardware, skyrocketing due to the constant innovations and upgrades that happen and are required to stay on the precipice of gaming, it is not surprising that gamers on a budget feel left out in the cold.

Fortunately, companies such as Cougar Gaming have your back.  Introducing the Cougar Airblader!  Light on weight, as well as price, while being rich on performance as well as customization.  We spent some time with this lightweight wired mouse to see if something that comes in at the sub R1 000 mark can truly walk the tightrope of being cheap while being a really good mouse.  Let’s jump right in! 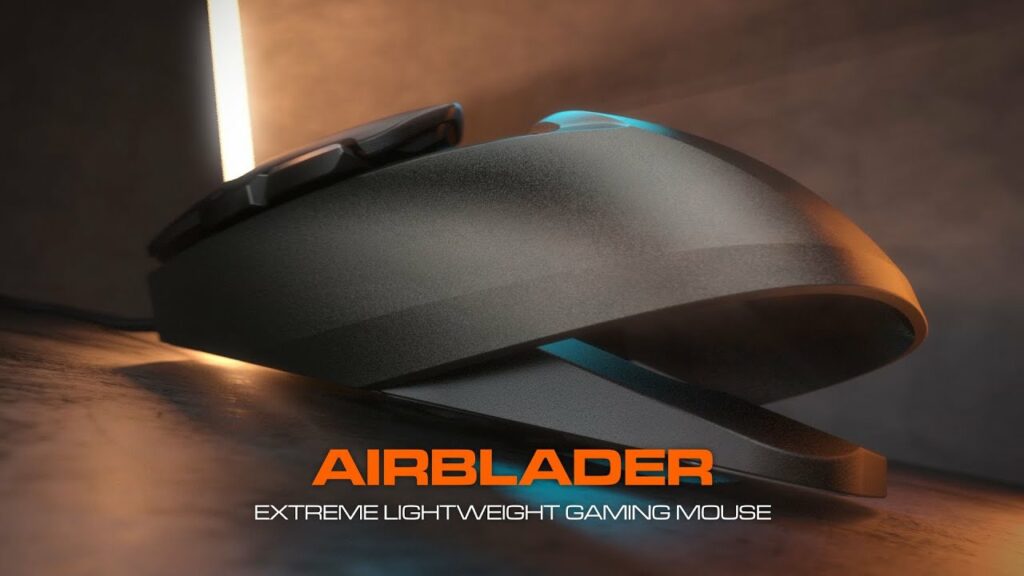 Cougar had one very clear idea in mind when they created the Airblader, and that is to be an extremely light gaming mouse.  Most of the current lightweight mice on the market make use of the honeycomb design to reduce weight.  While it does work it poses some of its own problems when it comes to cleaning.  Other strips out components and make components as lightweight as possible by redesigning them, this, in turn, causes the price to skyrocket.  Cougar has gone for a different approach, by hollowing out as much of the Airblader as possible.  In turn, we have a near-floating palm rest.  Basically, Cougar has cut away every single piece of the Airblader that does not serve a purpose.

With the Cougar Airblader coming in at a mere 62g it is lighter than many of the lightweight mice I have reviewed.  Logitech GPro Superlight (63g), Razer Viper Ultimate (74g) Roccat Kone ( 66g), and the list continue.  Many of these are wireless, so that does make it impressive but the Cougar Airblader is truly super lightweight and it is only slightly smaller than most of these.  The one thing that does come with the hollowed-out design is the fact that is not balanced as well as the other.  The front of the Cougar Airblader is slightly heavier although the mouse is so light that the difference is hardly noticeable.

Apart from the cutouts, the Cougar Airblader is very similar to other mice.  It has a 6 button layout.  It features left, right, middle scroll wheel, DPI, and two side buttons.  Although the side buttons are situated on the left, making it a right-handed mouse, it is perfectly made to be an ambidextrous mouse, if the need arises.  As long as the lefties are fine with using the outer two fingers to use side buttons as the buttons cannot be switched to the other side like some of the more expensive mice.

Cougar has truly thrown everything at the Airblader, even though it has a budget price, the components are not budget.  The mechanical switches that the Airblader utilizes are rated to last 50 million clicks and the scroll wheel can manage at least 2 million scroll cycles.  That is putting serious faith in switches.  Other more well-known brands have become synonymous with double-click issues, let’s hope Cougar does not fall into a similar trap.  Having tested a variety of budget and high-end mice I can attest to how confident and strong the click of the Cougar Airblader feels, thanks to the bounce-on tension system that Cougar uses.  This means there are small springs placed under the keys to allow for an even push-back from the switch and make the switch point feel much larger and firmer.  Not to mention the matte plastic feels strong and solid while keeping the weight down and the fingerprints to a minimum. 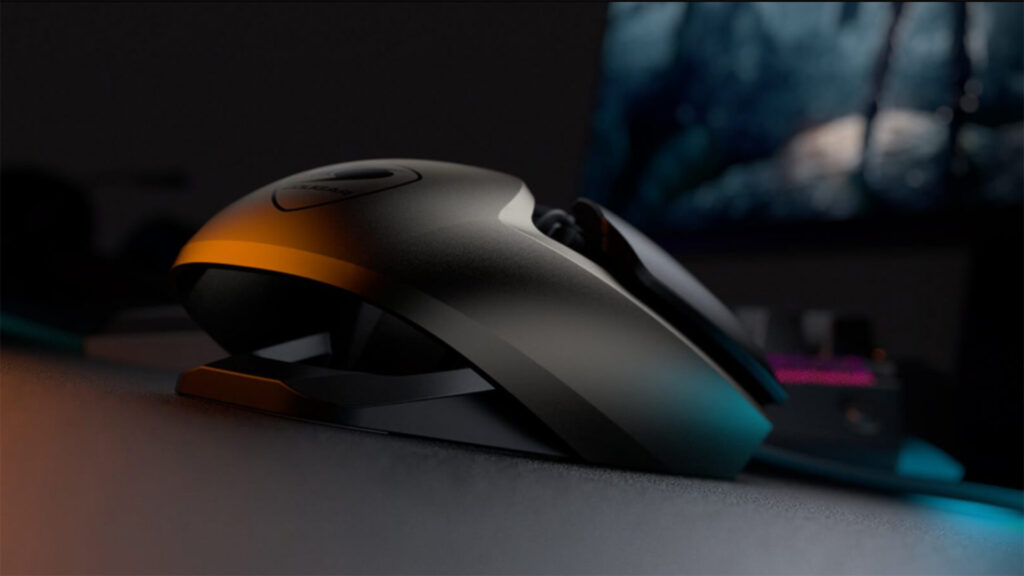 The braided cable, or as Cougar calls it, the ultraflex.  Cougar claims that although it is a fixed cable, it is very flexible and while using the Cougar Airblader, I hardly felt any weight or drag coming from the cable which is perfect.  The only downside of the Cougar Airblader, and that will only apply to those who are RGB enthusiasts, is the lack of RGB.  But, to put your mind at ease, many of the ultra-lightweight mice decide to drop the RGB to keep weight to a minimum. Cougar took the NO_RGB design to the extreme when they even decided to leave off a DPI LED indicator.  If you are someone who flicks between DPI settings regularly then this might be a slight problem as the only way to see DPI settings is to go into the Cougar software. 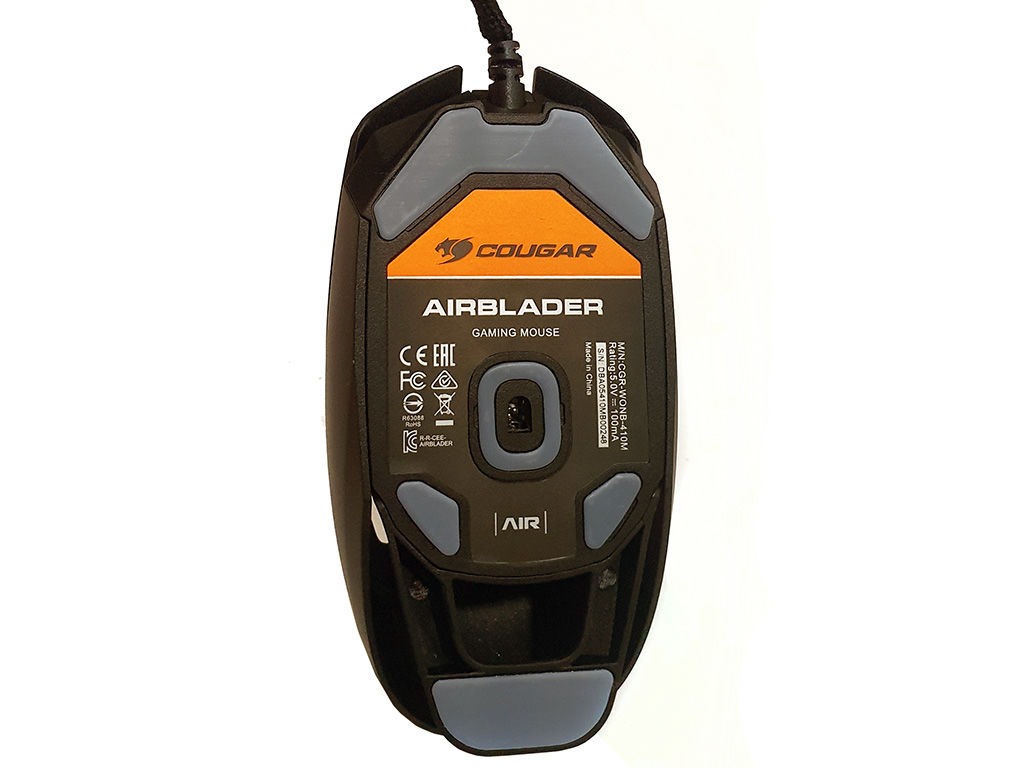 The Cougar Airblader is clearly designed with competitive gaming in mind, with a maximum DPI of 16 000 and an impressive polling rate of 2 000Hz, which is double what most mice have, it is by no means inept.  What really makes the Cougar Airblader feel like it is floating in the air is the low friction virgin-grade FTFE skates, yes they are not any better than the ones on the mice I mentioned earlier, but to have that quality skates, on a mouse that costs a fraction of the price, does make it feel that much better.  With the lightweight and extreme speed of the Cougar Airblader, it lends itself to first-person shooters, hence we took it through a few titles such as Escape from Tarkov, Apex Legends, Fortnite, and Warzone. 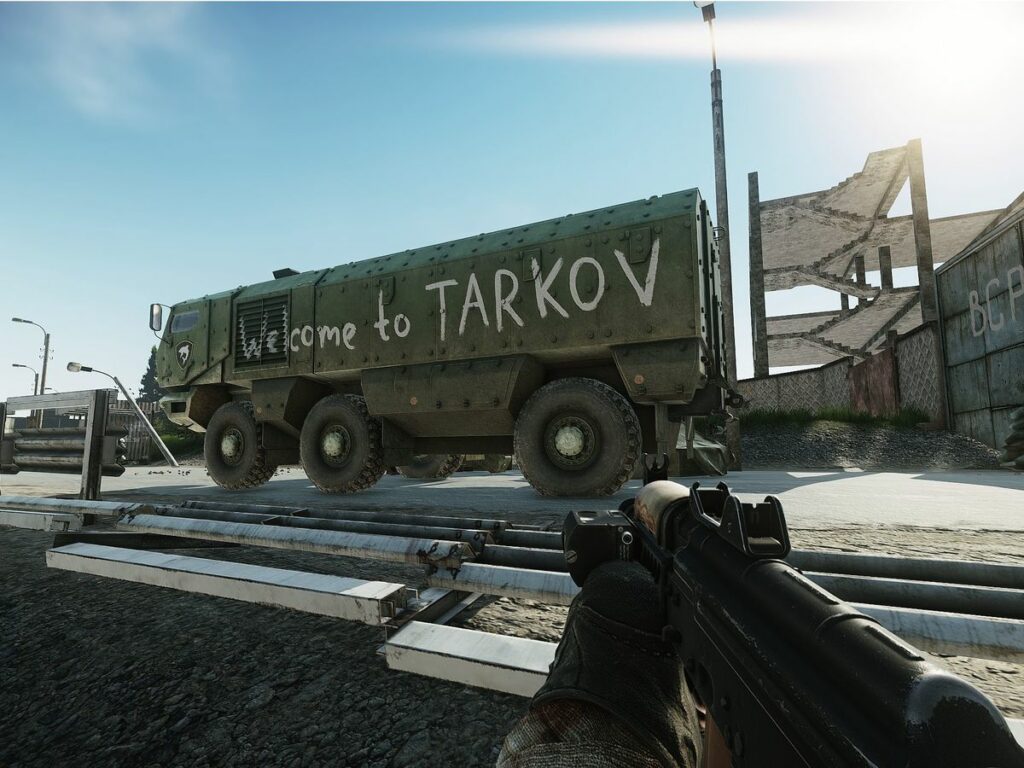 Escape from Tarkov, for those who do not know, is an extremely intense first-person shooter, where death comes at a cost and conflict is not as easy as simply clicking heads.  Therefore it takes great pride in punishing players, both old and new into submission.  This naturally means everyone plays generally slower than games like Warzone and Apex Legends.  Although the Cougar Airblader wasn’t tested for its speed during EFT, the most valuable feature I found was the ability to turn off the DPI button, by holding it in.  During raids in EFT, you are often, unexpectedly met by a fellow player trying to kill you, and often your surprise leads to erratic mouse movements, button-pressing, and many profanities.  Accidentally changing your DPI from 1000 to 6000 would really not do your survival any good.  Thanks to the Cougar Airblader feature that won’t happen.

Jumping into the faster games such as Warzone and Apex Legends, the Cougar Airblader didn’t flinch when I was vigorously flicking it around as I tried to shoot at jumping and sliding enemies all around me.  The PFTE skates really had their work cut out during these games and as the intensity increased so did the grip and the clicks.  The Cougar Airblader performed amazingly with the side buttons coming in handy to use special abilities in Apex Legends. 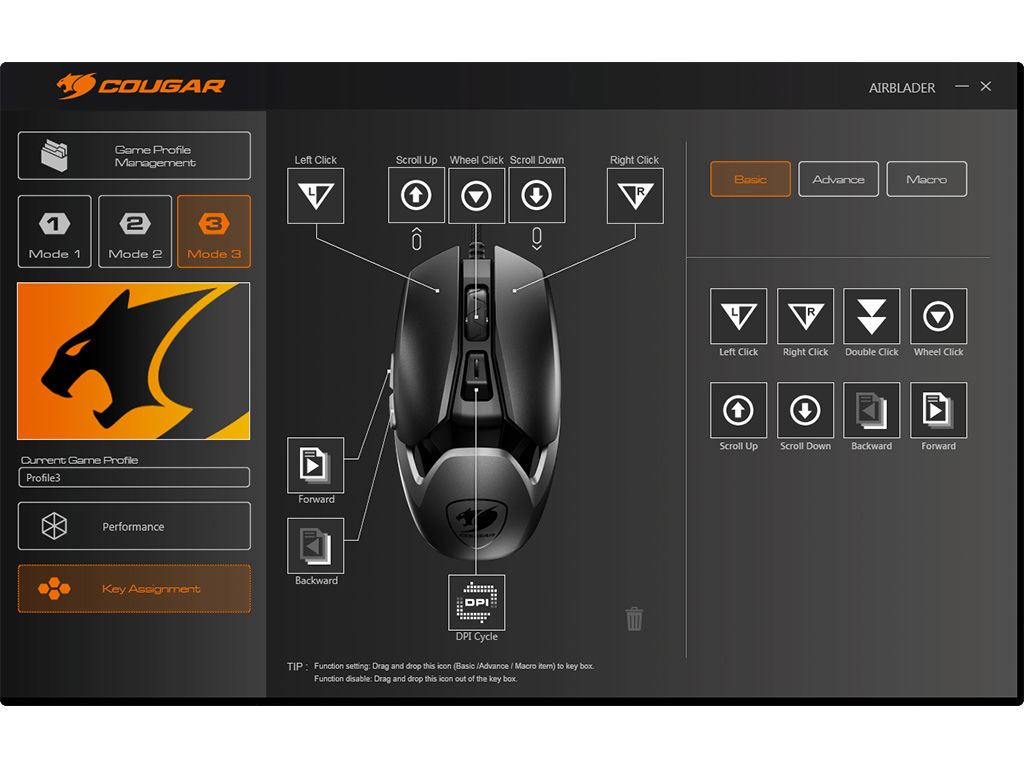 The Cougar software, known as UIX takes from the straightforward design and barebone attitude of the Airblader, and incorporates it into the software.  The UIX is very straightforward and simple to use.  Compared to some of the other software you need to use with high-end mice, where you need to spend 30min figuring out how to set the DPI, the UIX is intuitive and extremely easy to understand and use.  While it looks simple and easy, it doesn’t lack features.  You are given many customizable profiles with plenty of sliders and buttons that you can toggle.  You are able to adjust things like DPI, Polling Rate even the angle snapping.  A standout feature was also the ability to set independent DPI for the X and Y-axis.

I had programmed my utility wheel to one of my side buttons to make Apex Legends easier, when my brother asked if he could have a go with the Airblader I naturally obliged.  Plugging it into his laptop I quickly realized that there is an onboard memory feature that I was unaware of, this is great for programming your keybinds straight onto the Airblader, no need to install software, they are always there.

One of my favorite features, which I wish more brands would incorporate is the instant snipe feature, this makes for one-button ADS and shooting which is great in casual shooters like COD.

What is there not to love about the Cougar Airblader, it is a lightweight, feature-rich mouse that has a price tag and aesthetics that are both extremely pleasing to the eye.  It takes what everyone knows as a lightweight mouse and changes it up by dropping the honeycomb idea and hollowing out the mouse.  RGB fans might be left in the cold with the Airblader but if you are a serious gamer and you are on the hunt for a seriously lightweight wired mouse, the lack of RGB will be the least of your worries.  The Cougar Airblader comes with fantastic software, durable and solid build quality while being able to keep up with mice that are easily double their price.

The Cougar Airblader might not look it at first, but the longer you look the more reason you will find for it to be the KING of the lightweight budget mouse genre!

special thanks to Cougar Gaming for the reviewed product