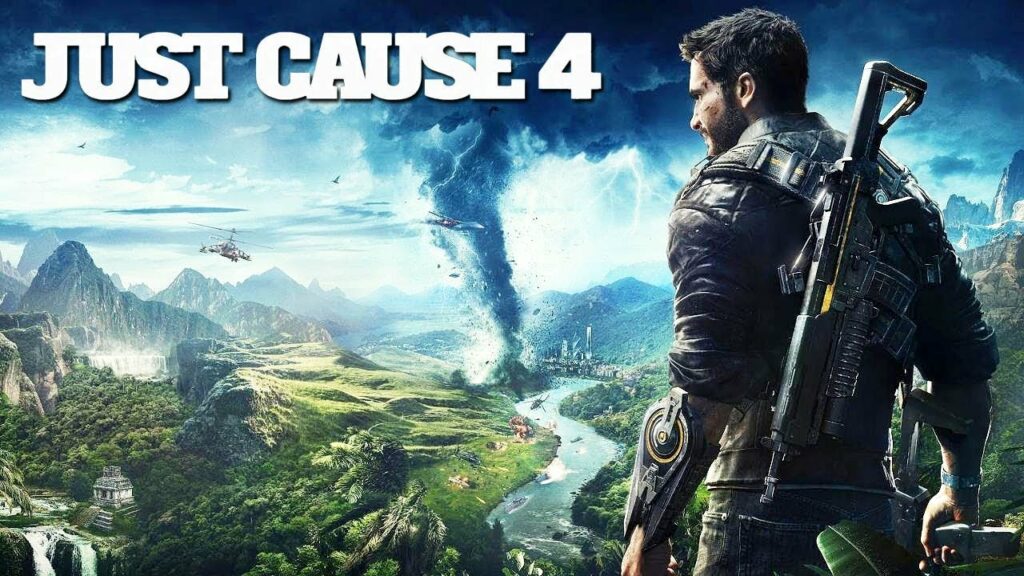 The Just Cause-franchise has always been a little special.  The special child that does things to their own beat, not caring what other people think.  Just Cause found its place with sheer and utter chaos…  Mix that with painfully cliched, B-movie action styled story line and predictable story, Just Cause 4 feels like a reskin of Just Cause 3.  This is not to say that being like Just Cause 3 is a bad thing, JC3 was a massive success and helped to redefine what true open-world creativity and destruction should be.  It is understandable that Square Enix went with the tried and tested plan and they stuck too it…  just a little too much.  Just Cause 3 was great, it has insane destruction and beautiful settings,  but 3 years since its launch,  why remake it again, slap a big price tag to it and change the 3 to a 4…  But its not all doom and gloom…

As in Just Cause 3, you take the roll of one-man-army Rico Rodriguez.  Rico needs to visit the South American island of Solis.  As the story with all cliched action movies go, Solis is run by a bad man and his army of bad guys,  Rico needs to destroy this dictatorship and remove the oppression created by this bad man…  queue lengthy, predictable cut scenes and dialogues.   Just Cause 3 alone possessed an immense amount of gadgets to do with as you please.  From strapping rockets to cows and sky surfing 18 wheeler trucks.  Just Cause 4 takes that and gives you even more but your greatest power is the wrist-tether.  With this the island of Solis becomes as big a play area as your imagination allows, you will be zooming across the landscapes, scale buildings effortlessly or ram into enemies. 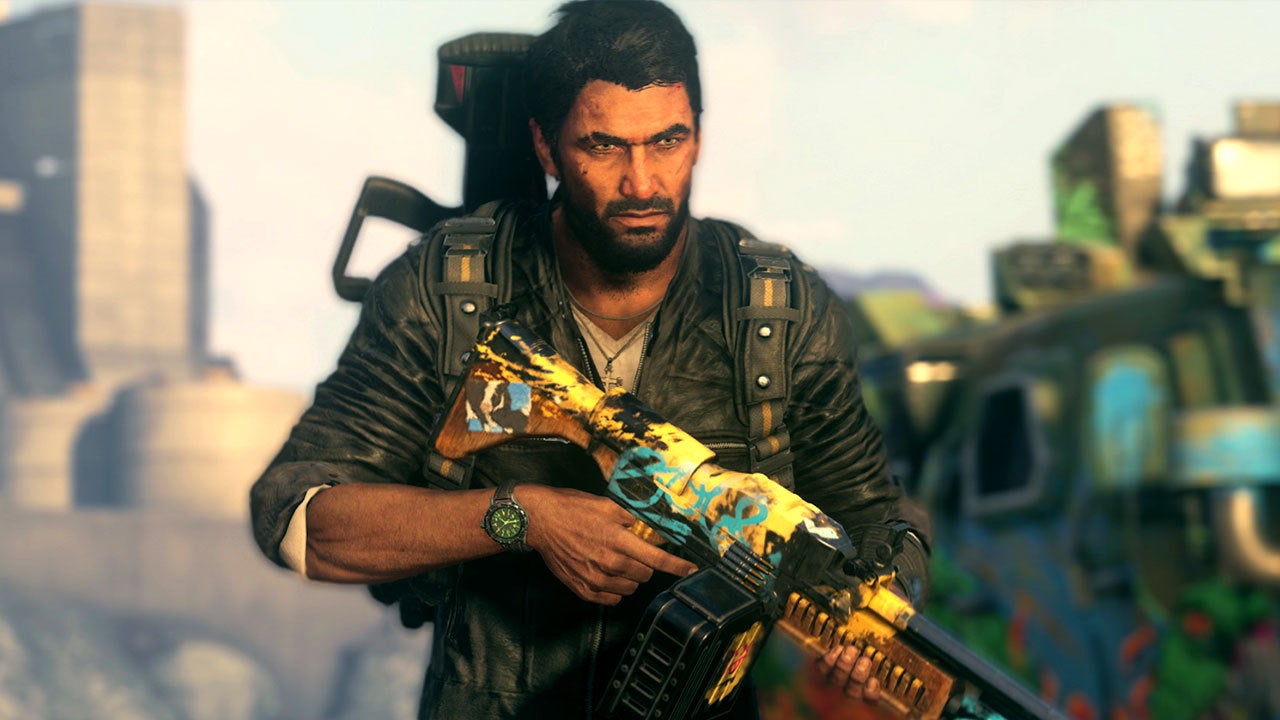 What really made the franchise stand out from the rest is taking Rico and wandering into a heavily fortified area, be it a mine, nuclear station, harbor or factory and simply letting loose the dogs of war!  Violence is literally limited by your imagination.  Shoot the shiny fuel containers to start a cacophony of explosions with vehicles whizzing through the air, enemies are gunned down and innocent bystanders are hilariously hooked to balloons and left to dangle by their ankles…  In any other game the sight of a tank or helicopter would stop most heroes in their tracks, but to Rico, they become opportunities rather than threats.  Rico can commandeer any vehicle or weapon the enemies see fit to throw at him.

But what really sets Just Cause 4 apart from its predecessors is the distinct focus on extreme weather conditions.  Rico’s target is a weather guru, who likes to unleash natural weather phenomenon such as tornadoes and blizzards on his own people.  Naturally, it is Rico’s mission to stop this mad man and turn his power to control mother nature back on himself.  For the imaginative players out there, Just Cause 4 can offer hours of creative-destructive fun.  From smashing things together to destroy the enemies to collapsing towers to pulverize the bad guys.

This all sounds rather fun, and it is fun until the destructive free-roam becomes boring and you find yourself stumbling back to the story.  The story and missions are, plainly put, predictable and extremely repetitive.  Missions do not feel fresh, known elements are simply rearranged in different patterns to create a “new” mission.  Missions are also set great distances apart, in a game like this that is usually a good thing allowing for some fun en-route to your next mission but once you arrive at the new mission, it feels like you are still in the same location.  This repetition peaks during timed missions, you will find yourself restarting missions aplenty which is a sign of poor design.  UI problems are frequent and the general sense of direction is troublesome at best.  Side-missions will see you drive someplace, attack some people, rinse and repeat.

Solis does offer a massive map which boasts various environments ranging from mountains, cities, jungles, beaches and an infinite variety of vehicles to use or destroy as you please.  What really hampers Just Cause 4 is the fact that it has to compete with high-detail competitors such as the likes of Red Dead Redemption 2 and Assassins’ Creed Odyssey which all have a living and breathing world that you step into.  Compared to them the Just Cause 4 universe just feels a little too simulated and forced compared to the above-mentioned worlds that ooze finesse and meticulously created and interwoven storylines.  Had Just Cause 4 been released at the beginning of the current generation of consoles, it would have been genre leading where video game-standard storytelling was acceptable.  Simply having Rico’s mouth off a few funny lines here and there would have made the game acceptable but instead, it came out after this generation has already experienced the likes of the Witcher 3 and Red Dead Redemption 2…  Next, to those titles, Just Cause 4 feels a little amateurish. 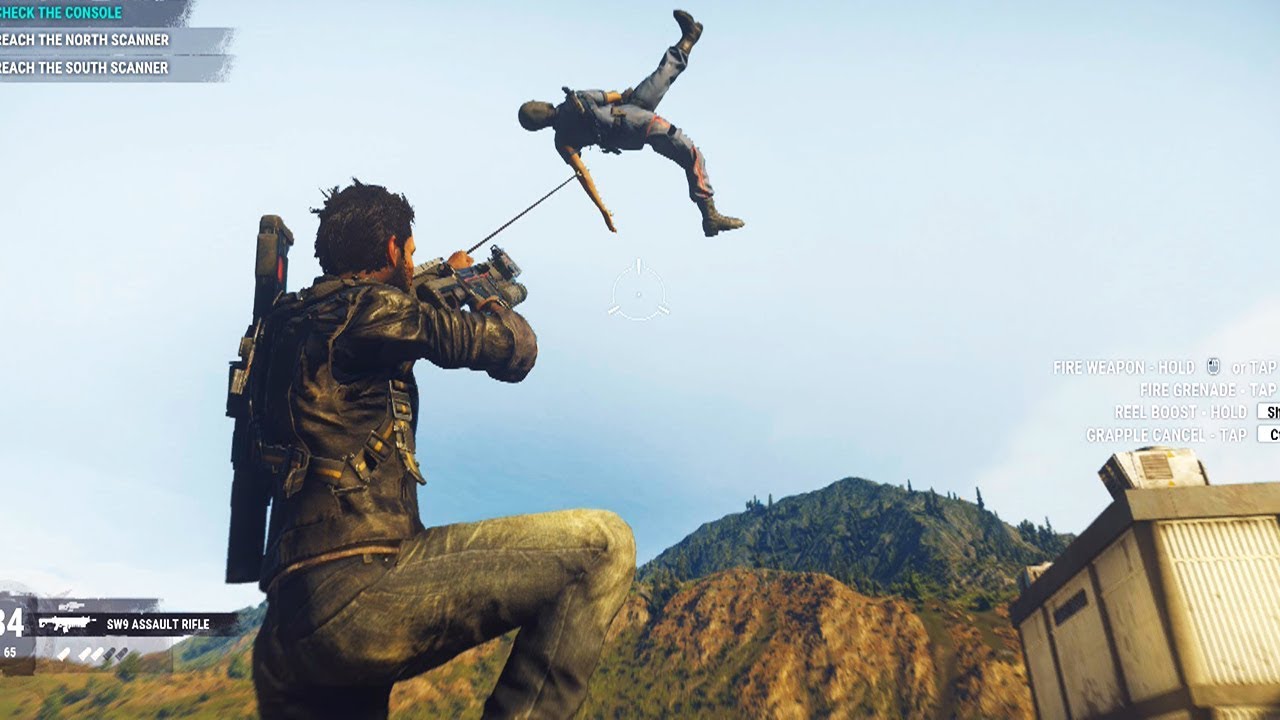 Square Enix clearly wanted the game to be something where it evolves to a more liberating game of exploration and experimentation but what it does is land short of that mark.  Don’t get me wrong, doing the “Just Cause”-thing is still tremendously fun but it doesn’t do enough to capture an audience and keep them glued.  Square Enix will need to revitalize their ideas to keep this franchise relevant and vital.  It should look back to what made Just Cause 3 such a hit.  Destroy the established order and find something fresh in the ensuing wreckage.