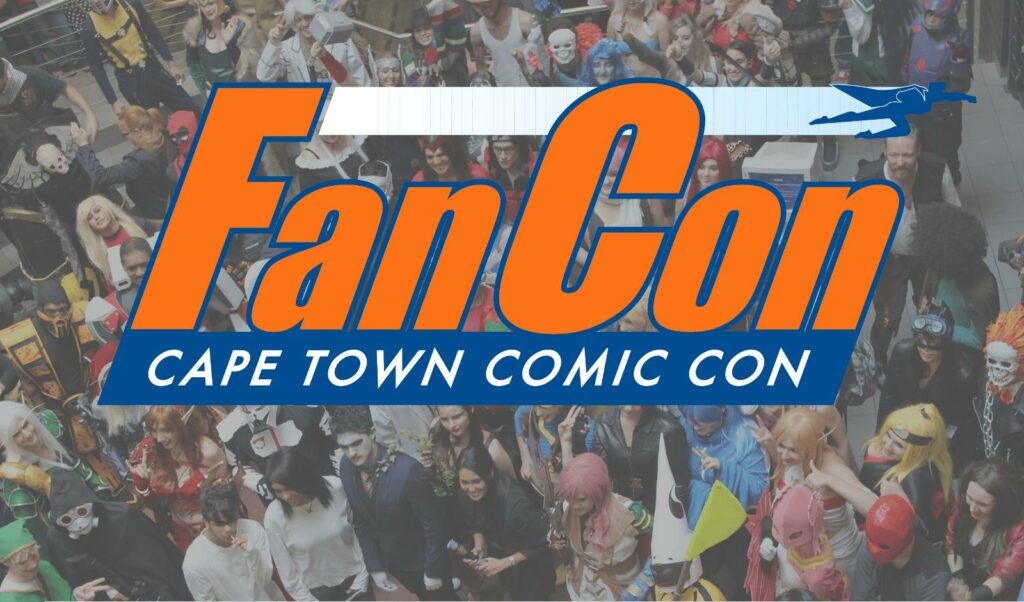 FanCon and an interview with Kinpatsu Cosplay

FANCON Cape Town was started in 2016 and has quickly become a must for anyone interested pop culture.  If you do not know what to expect when you visit ComicCon, or FanCon, prepare yourself for a vibrant and lively aspect of everything from comics, pop culture and everything geeky.  If you are ever in Cape Town during April/May and you consider yourself even the slightest of a geek/nerd, then do not hesitate.  FANCON is for YOU!

Our intrepid admin, never shying away from anything geeky, were naturally drawn to FANCON where they basked in the amazing stalls selling the most interesting content.  Rubbing shoulders with authors, cosplayers, comic book illustrators, costume designers to only name a few.  Some of the big names that were on display at this years FANCON were Yanick Paquette a comic book artist known for his work on Xena warrior princess and Gambit.  Declan Shalvey who has worked on Deadpool, Punisher and Venom.  Our very own homegrown talents like Sally Partridge and Loyiso Mkize who is well known for being great short-story novelist and the creator of the superhero comic Kwezi, respectively. 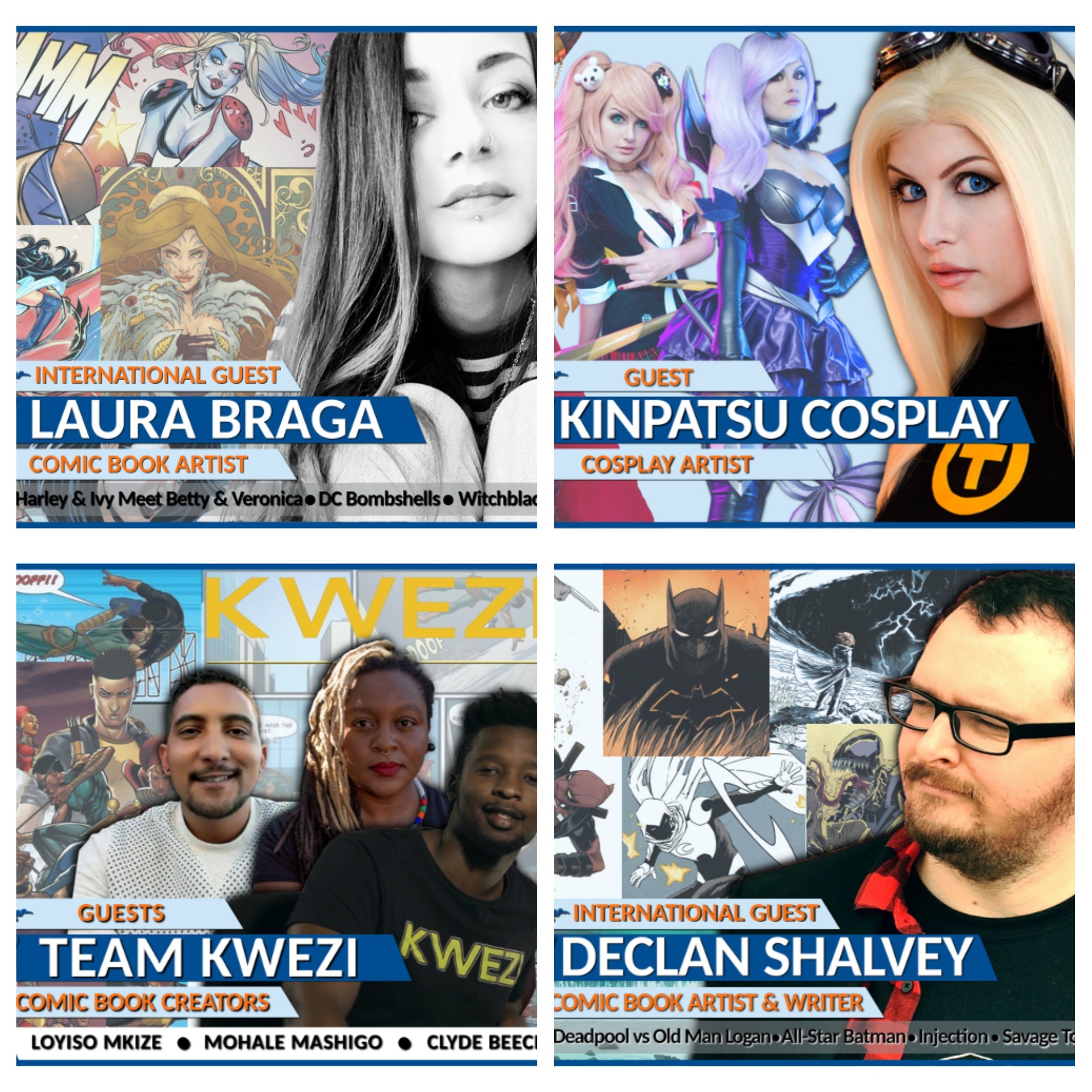 While making there rounds and meeting many of the wonderful people making there way through FANCON, our own Alex and Aiden had the opportunity to interview South Africa’s most well-known Cosplayer Kinpatsu.  For those of you who do not follow cosplay, Kinpatsu has been recognized worldwide for her incredible talent and craftsmanship.  This is no easy feat as cosplay is in its infancy in South Africa when you compare it to the larger areas like USA, Europe and Asia.  She has won many of the local conventions and many on the international stage as well.  Alex and Aiden caught up with her to have a chat and here is what transpired:

Alex: how did you get the name Kinpatsu?

Kinpatsu:  I am actually a blonde…  And Kinpatsu means blonde in Japanese.

Alex: How long have you been Cosplaying and how did it start?

Kinpatsu: I have been cosplaying for 6 years now.  I try my best to get to all the conventions I possibly can.  This is my second FanCon.  It all started in 2011 when I went to rAge in South Africa.  When I saw it I decided I really wanted to try it and do it.  a Whole year went by and nothing happened.  Then I remembered that we were getting close to rAge again so I may as well try it out.  So I used clothes from my cupboard and made a costume in a week.

Alex: Why do you cosplay? And what does it mean to you?

Kinpatsu:   For me, Cosplay is a way to combine the two things I love which is being creating stuff and crafting, and then ofcourse videogames, anime and those kind of things so it combines the two things I enjoy most.

Alex: Who are you cosplaying as? How do you choose your character?

Kinpatsu:   Today I am cosplaying as X23 from Xmen.  I kind of just start making what I’m most excited for or whatever is most prominent at the time.  Like for this one there was a big Marvel group so I decided which character can I create in a week because I changed my cosplay plan.

Alex: Do you make all your own costumes?  Do you need to spend alot of money to make a good costume?

Kinpatsu: This costume specifically, I started yesterday in a couple of hours, but some of the bigger ones take between 3 to 5 weeks to make.  Some costumes are expensive when it gets to creating armours for example when you use a technique called casting then it gets pricey but in general it can be as cheap as you want it to be by using whatever you can find.

Alex: What advice would you give to aspiring cosplayers?

Kinpatsu: I would say do it!  Many people say I want to do it but they never take the jump.  Start small, its a start.  You will love it and you will just want to keep coming back for more.  Even if its made from stuff at home.  Or even if you reuse a costume just keep doing it.

Alex: Who is your favorite international cosplayer?

Kinpatsu: I actually have three, they are Yaya Han, KamuiCosplay and Jessica Nigri

Alex: Where is your next convention?

Kinpatsu:   My next convention will be in Latvia next month.  2 weeks ago I was in Columbia.  After this I am off for a month then I head to Germany and then doing my own trip to Las Angeles.

If you would like to see some of the cosplays that were at the convention please take a look at the gallery below. 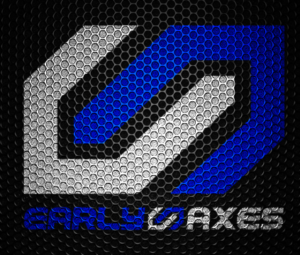 A special thanks to Aiden and Alex for taking the time to visit FANCON and flying the EARLY AXES flag.