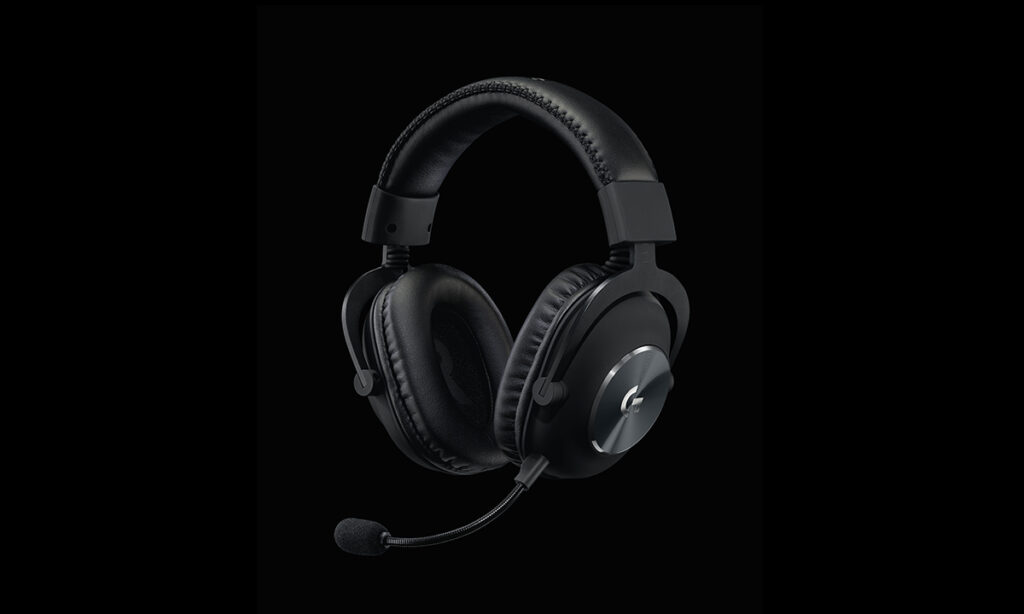 Finding the perfect headset is near impossible.  So many things to consider and boxes to be ticked.  Great comfort, with spectacular sound. Award-winning styling all at a fraction of the money you want to spend.  This does sound seriously outrageous, and it mostly is – until Logitech decided to make their G Pro range of mice, keyboards, and headsets.  Yes – like the name suggests, it is heavily focused on the esports scene, with many pro teams, like G2 esports and TSM, to name a few, it is only natural to assume that they are top quality.  But that same assumption brings the price into play.  If pros are using it, surely it must cost a kidney and your firstborn son – wrong!

The Logitech G Pro X has come as a saviour to those looking to tick all the boxes, on a budget!  Take a read and see that the G Pro X is the headset we have been waiting for! 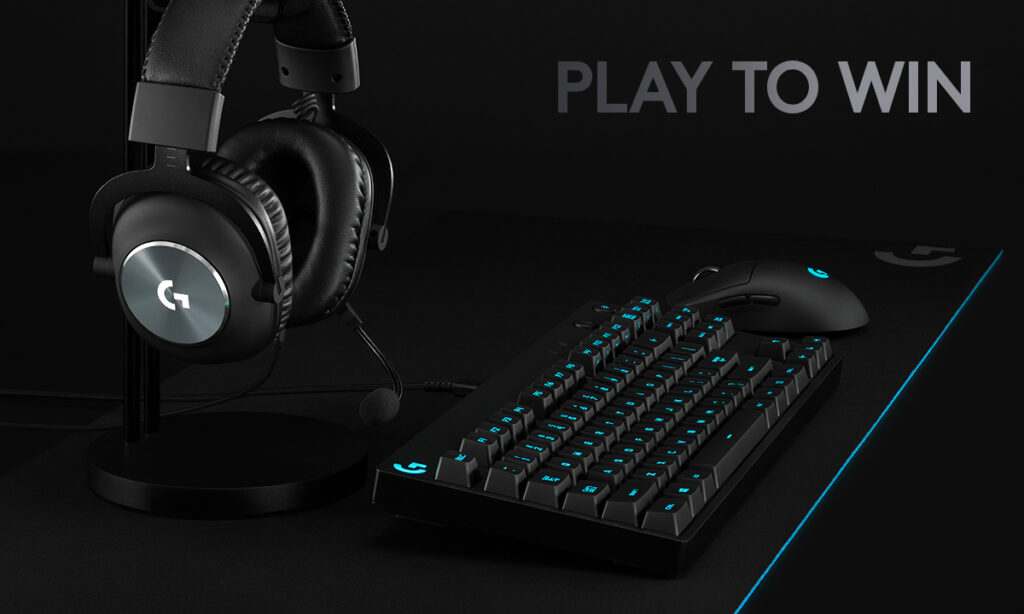 Logitech has been known to make real spectacular headsets.  From the space-age look of the 6 and 9 series to the more toned down 4 series.  The G Pro range takes some design cues from both these and lands firmly in the “perfect” zone.  Logitech built a gaming headset with the style and grace as if it came straight out of the 1940s!  The G Pro X screams class, without raising its voice.  The first, and a most obvious sign that Logitech was being serious with the G Pro X, was the exclusion of any RGB.  The flat leather headband is generously padded ensuring hours of comfort.  With the simple imprint of PRO on top. Beautifully rounded pill-shaped earcups with a matte black finish around the sides, and flat metallic discs on the ear.  Adorning these metal discs is a simple and smooth Logitech logo.  The earcups are attached to the headband by strong, solid metal arms which hive the earcups more than enough movement to ensure very good and comfy fit over and around your ears.

Logitech fits these earcups with leatherette as a standard, but provide microfibre alternative if you prefer them.  The microfibre ear cushions are very soft and comfortable and can easily be used as the default ear cushions.  For those who are familiar with the Astro A40 and A50, the ear cushions are exactly the same.  The leatherette cushions, however, are spectacular, not only do they feel really good on, but they also improve noise cancellation tremendously. 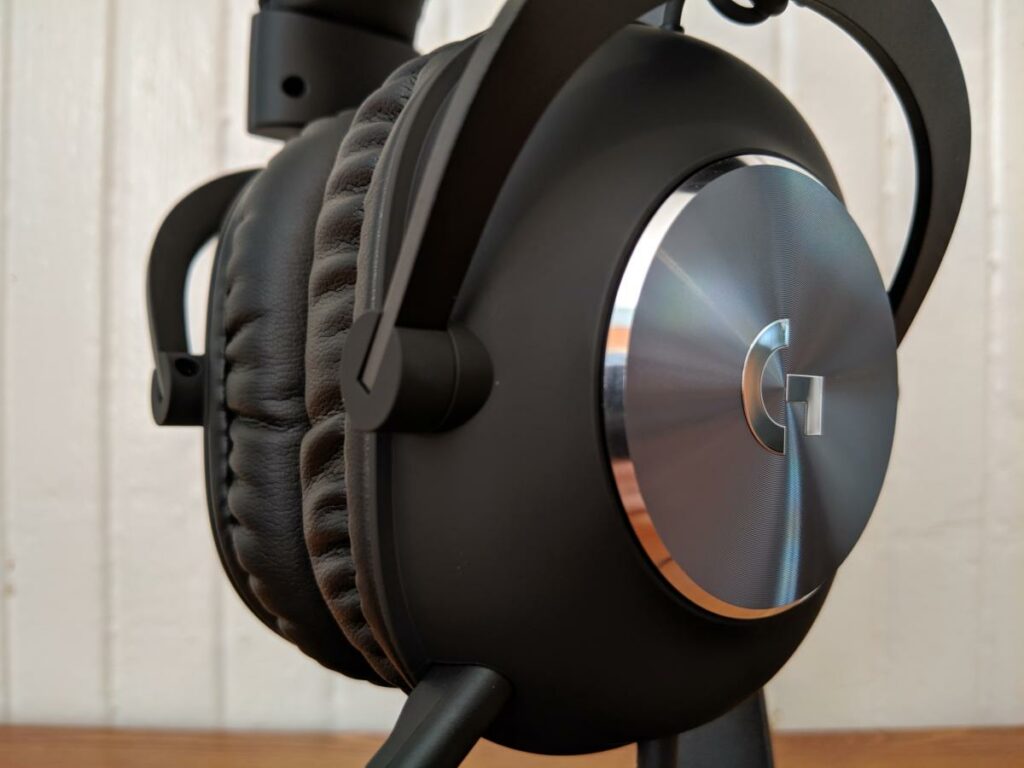 Looking at the G Pro X you will instantly see it to be a premium headset, picking it up confirms that.  It does have some weight to it but even after long hours of gaming they never seem to feel excessively heavy.  The clamp of the G Pro X does, however, feel rather tight at first, but after a few hours of tuning the fit, they become so snug that you forget you have them on.

The biggest feature that the G Pro X brings to the party is the recent inclusion of Blue Vo!ce technologies!  For those not familiar with Blue Vo!ce, they make some of the best freestanding microphones around.  With Logitech acquiring them it was only logical to include their tech in the new Pro headset.  When using the DAC USB converter to connect to your PC, you will be met with the Logitech G hub.  A smart hub that controls and syncs all your Logitech devices.  Selecting the G Pro X will allow you to tweak nearly every aspect of your headset.  Firstly, the Pro X now boasts surround sound.  Virtual surround sound has long been debated and personally I have never found one that truly works, until now.  To set it up you will listen to a sound clip showing you all the different channels and allowing you to turn each of them louder or softer depending on your preference.  Amongst other options are, selecting the type of room you use the headset in and adjusting voice chat and game mixing. 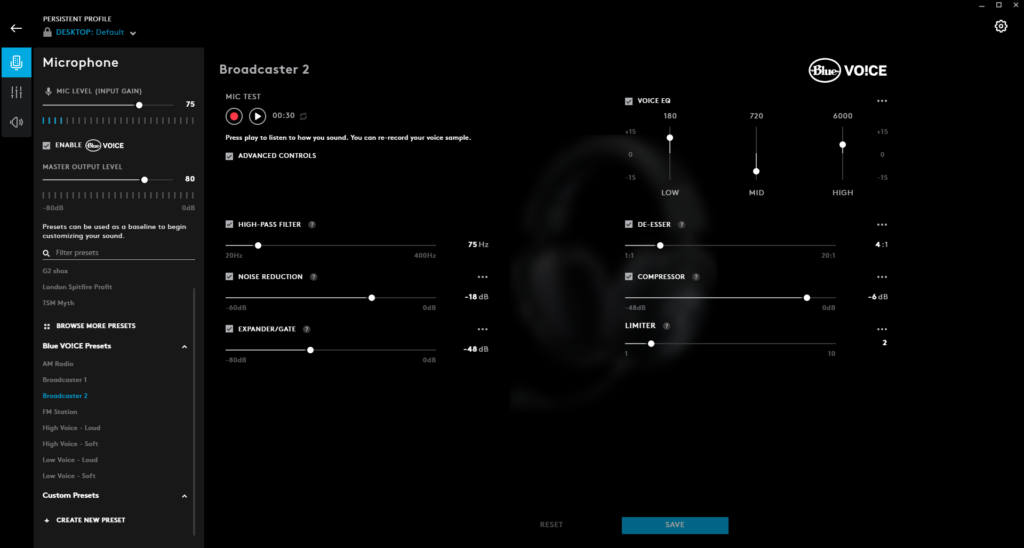 Another great feature is the equalizers.  Logitech, being esports conscious, has given you the ability to download the equalizer presets from some of your favorite Logitech sponsored esports athletes.   If you are struggling to find the right mix for Dota2, or need that extra edge when it comes to CS: GO, there will be a preset equalizer for that!   And if none of them work you can create your own and upload it so others can use yours instead.

Finally, we come to the main feature.  The new microphone.  First off, the G hub gives you a feature to record a small voice clip of yourself.  Then it lets you free with all the Blue Voice presets and knobs to play with.  It has preset settings for a few major presets such as streamer, broadcaster, etc.  If you need to sound beefier, there is a preset for that, needless background noise, there is a button for that.  The options are virtually endless.   In all honesty, the microphone quality is so good that I am envious of the people in my party.  Speaking to a person in real life sounds worse than this!

Don’t forget about the wonderful carry pouch they supply, for when you need to take your G Pro X on the road! 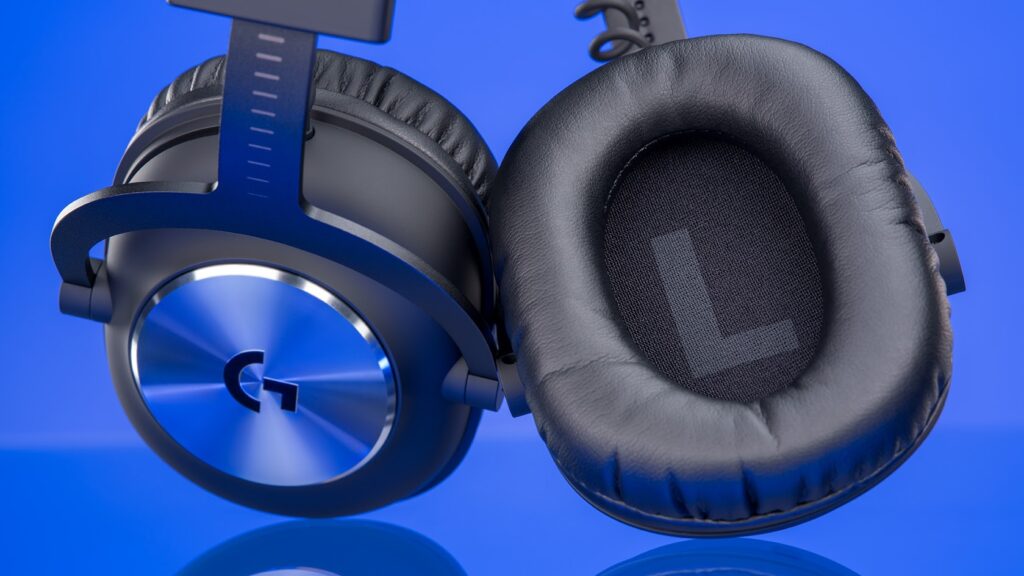 At the end of the day, headsets are not defined by the way they look or the features they possess.  They are judged on their audio capabilities.  The G Pro X uses a 50mm driver that is used across most of the Logitech and Astro headset range.  But something sets this one apart.  I am an Astro user myself and it has always been my benchmark to which I compare all my review headsets.  Nothing has quite matched it, until now.  The G Pro X is easily the most accurate sounding headset I have ever come across.  It is able to blast you away with deep, punchy bass, deliver crisp and clear mids while never skipping a beat in the highs.  Most headsets struggle to deliver all 3 of these levels without having them either drown each other out or wash into each other.  Using Pro X during R6 Siege matches proved to be an unfair advantage allowing me to accurately pinpoint enemies behind the wall by means of their footsteps.  Sure other headsets can do that as well, but the Pro X gives you as a player so much confidence in your sound that you can confidently wall bang enemies.  This explains why most of the top tier pro teams use these headsets. 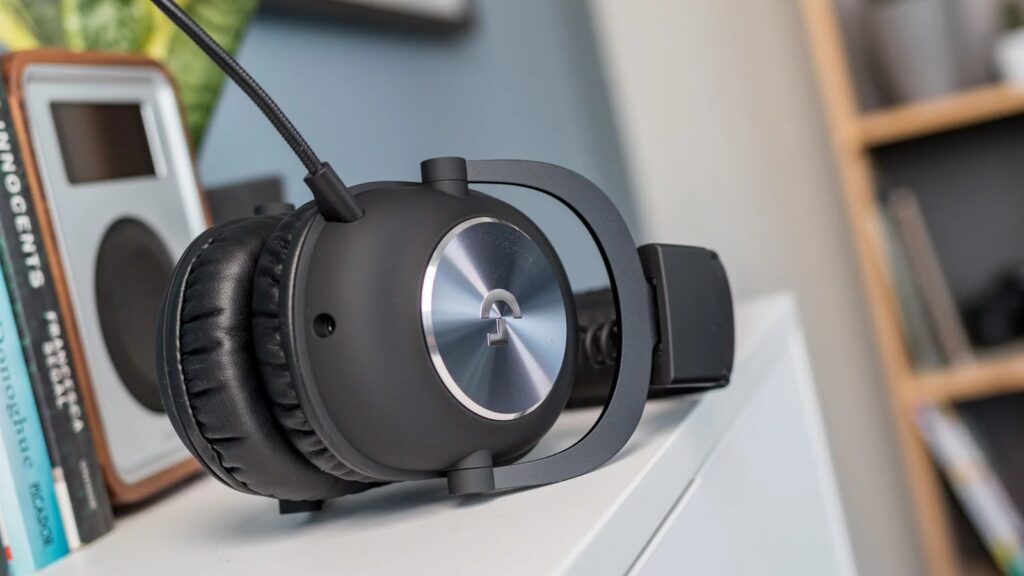 During games like Apex Legends and Destiny 2, I was equally impressed with how even though there is utter chaos on-screen, the sounds are precise and clear and every crack of a bullet and pin-out of a grenade can be distinguished!  The only place the Pro X does become more “normal” is when it is not being used in conjunction with the Logitech G Hub.  Using it while playing Xbox did not show up its faults, more so, it shows you that the headset is decent without the magic software.  Still delivering top-notch clarity and distinguishable tones but unfortunately no Blue Voice mic.

If you are in the market for a high-end PC headset, there is without question, only one option.  The Logitech G Pro X!  It is the best headset I have ever used.  Period.  This statement does come with a few T&Cs.  If you are planning on using it across multiple platforms it becomes slightly less amazing but still a viable option. The G hub does provide a lot of the magic, but even when using it without it the comfort, sound clarity and general all-round quality can not easily be matched. The comfort and build quality is phenomenal and you will spend a lot more on a lot worse quality headset if you go elsewhere.  For some, the lack of wireless will be a deterrent, but wireless also means a huge bump in price.  At R2499 the price is perfectly poised to be a great seller!  If you are a content creator or streamer the blue mic technology should be a big drawing card.  Being able to adjust every aspect of your voice to your viewers can truly make the difference between a good and a great stream.

If you are looking for a new headset, even if you are not, the Logitech G Pro X is the headset you haven’t realized that you need!

Special thanks to Logitech for supplying the review content