Logitech started making mice before many of us were even on this earth.  Logitech was already redefining what a mouse should be when most people were still wondering why your home computer would need a rodent attached to it.  What this means is that Logitech is a tried and tested brand and for that specific reason, many big organizations want to, and do, work with them and are sponsored by the giant that is Logitech.

When they bring out a mouse, be it a new generation of an old classic, or a completely new design entirely, we should sit up and take note, as well as notes…

The G102 has been around for some time now, first making its debut to the world in 2016.  Not much has changed since then but then again, don’t fix what ‘ain’t broke.  Logitech claims the G102 to be a wired gaming mouse.  in comparison to what most of us see gaming mice to be, the G102 is rather subdued and understated.

The G102 retains the form of many of the legendary Logitech mice, most recently, the G Pro, that most esports athletes swear by.  Many iterations of this shape and size have been copied and tried by various brands but Logitech, in the G102, G305, and G Pro variants, has perfected it.  The smooth and symmetrical design that features 6 buttons can be found in a white or black finish.

The G102 is on the smaller side of the scale in size and weight.  It is only 116mm long, 62mm wide, and stands 38mm high.  It has a non-braided USB cable that is 2m long.  If you want to be extremely critical of the G102 in terms of design, the few downfalls of it can only be the fact that the cable is not braided and that the weight can not be adjusted.  But looking at its roughly R600 price tag, you would be hardpressed to find these features on similarly priced mice. 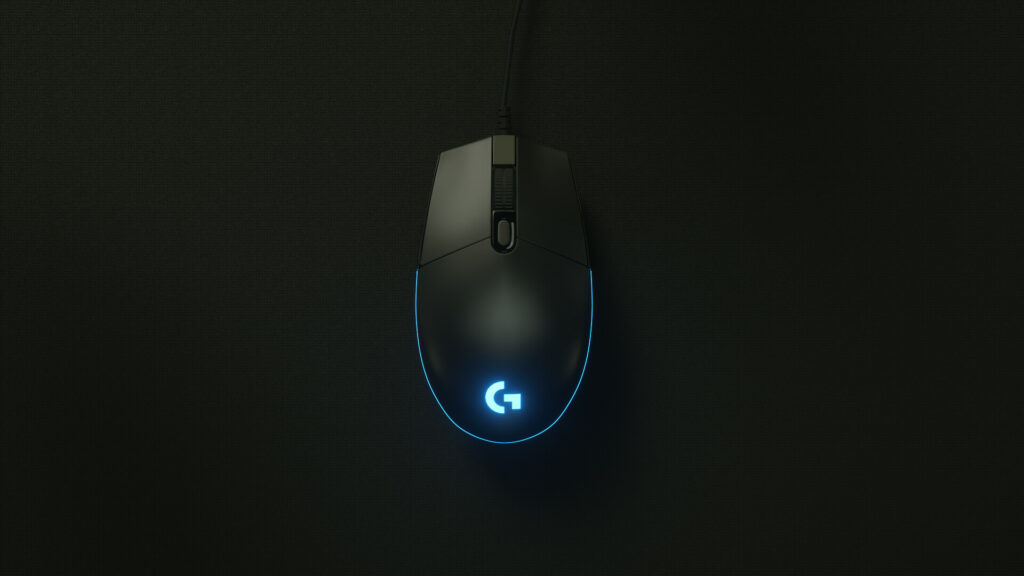 The G102 weighs in at 85g which is a good weight for the size.  Not too light but not too much resistance when flicking or dragging.  Logitech has embedded the Mercury sensor inside this little mouse.  According to Logitech, the Mercury sensor is a gaming sensor, which gives you control of the sensitivity from 200 to 8000DPI.  Many of the more premium mice might have the ability to go to 16 000 DPI but realistically one would never need a DPI setting much higher than even 2000.  Where the G102 does make up for the lack of DPI is in the polling rate.  This means the G102 reports back to the PC up to 1000 times per second.  This is the main reason why the G102 movements and clicks feel much more instantaneous.

When using it for gaming the G102 performs really well with the scroll wheel having enough resistance to give you a good bump when it jumps over to next slot which is great when switching between weapons in most games.  There is a distinct feel when rolling the scroll wheel which will eliminate possible bumps causing scrolling to happen. 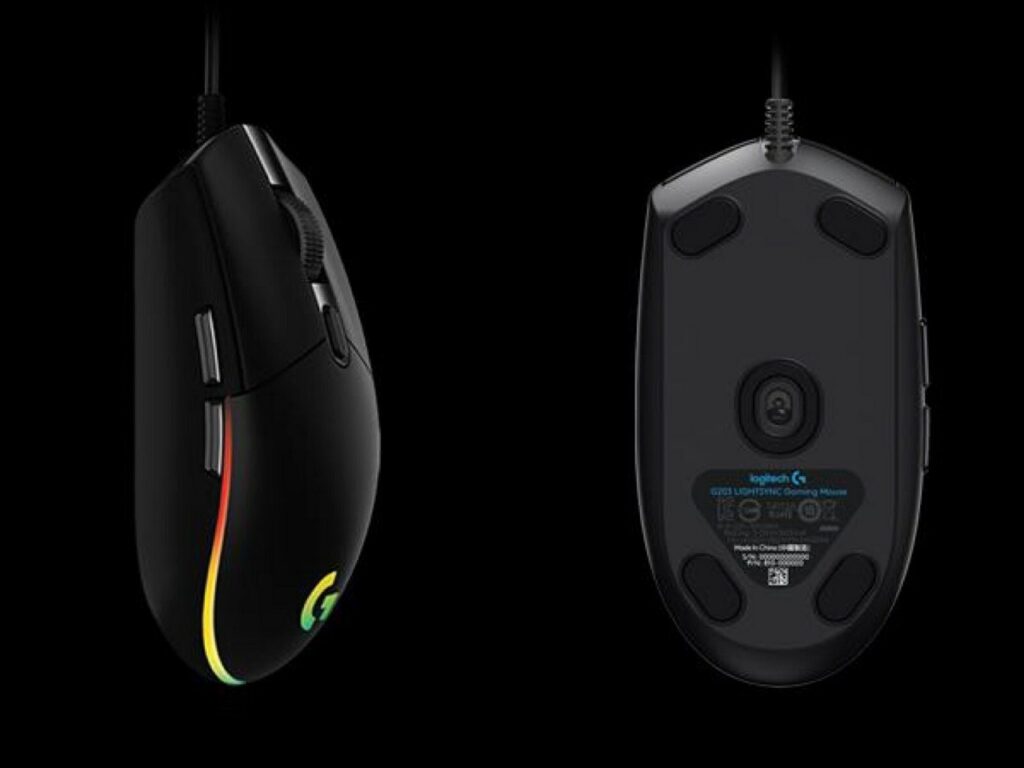 According to Logitech, Lightsync is described as follows:  LIGHTSYNC technology immerses you into the action with automatic, game-driven lighting effects that react to many popular games. LIGHTSYNC will blast light to match in-game explosions, approaching enemies, damage taken, healing is done, new worlds visited, and much more.

What this means is that many of the newer titles, much like Razer Synapse, links with the Logitech GHub and syncing up with Lightsync can make the RGB features of all Lightsync compatible items, link up to create a colorful vista of lights that don’t only make things look pretty but actually serve a purpose.  Like acting as health bars, or directions to your next objective.

On the G102 there is an RGB Halo that wraps around the palm area of the mouse as well as the usual G emblem that is both capable of supporting up to 16.8 million colors as well as a host of presets that can be defined in the Ghub.  My firm favorite on the white G102 is the rainbow effect.  The white G102 simply allows the colors to really pop and I found myself wanting more “halo-like” RGB bands around more of my peripherals…  I think I might have become one of… them…  RGB fanboys…

Logitech’s GHUB software does what most other software packages do, but its packaged in a sleek, easy to use program.  Adjust your DPI settings by predefining 5 steps that can be jumped through by simply hitting your DPI button found in front of your scroll wheel.  Assign macro keys to the two inner thumb buttons by simply jumping to the assignment screen and selecting what you want those keys to do.  You can even take it one step further and let Ghub recognize the game you are playing and let it switch between macros you have assigned for each game.  This means taking some time, in the beginning, to set it all up but from there on, simply jump into your favorite game and have all your abilities at your fingertips.

The Logitech G102 Lightsync might not bring a plethora of features and functions, it might not even spark an outcry over its futuristic design.  But it pairs a proven design with a more-than-capable sensor and slapped some good looking RGB on it.  Coming in at a nearly non-existent price of roughly R600 you will be hardpressed to find a piece of kit that can match the G102 for value for money.  The G102 might not be for those who don’t like smaller mice but other than that and a lack of a braided cable, there is no reason why the G102 should not be the go-to mouse for those who want to have something they can use for office work and seamlessly use for gaming when they have a few minutes to spare.

Special thanks to Logitech for the review products