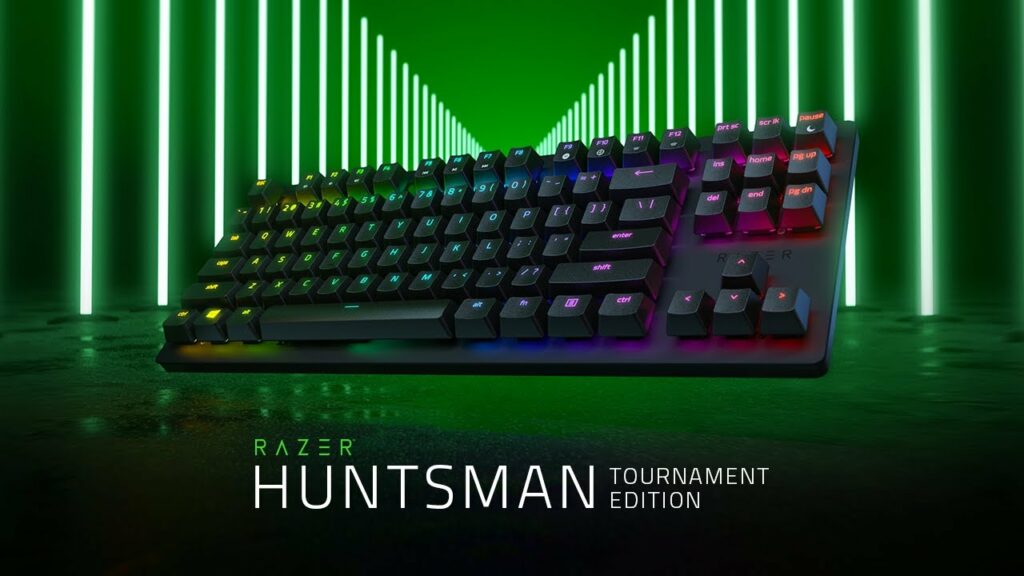 With the drastic incline of interest in the esports scene in recent years, creating esports-orientated hardware has been every company’s goal.  Every teenager who has ever gotten a win in their favorite battle royale game, or dominated (even once) in a shooter, now thinks they have what it takes to become the next, I had to go Google names, Bugha, skadoodle, nicewigg or Pengu.  But becoming an esports athlete does not only require tremendous amounts of skill and dedication but having the correct hardware does also lend to becoming a more competitive gamer.  Having a better headset will give you better audio queues in games where that matters such as R6 Siege.  A better mouse will give you that quick-flicks when you are caught off-guard in Apex Legends.  But not much is ever said about the keyboards… 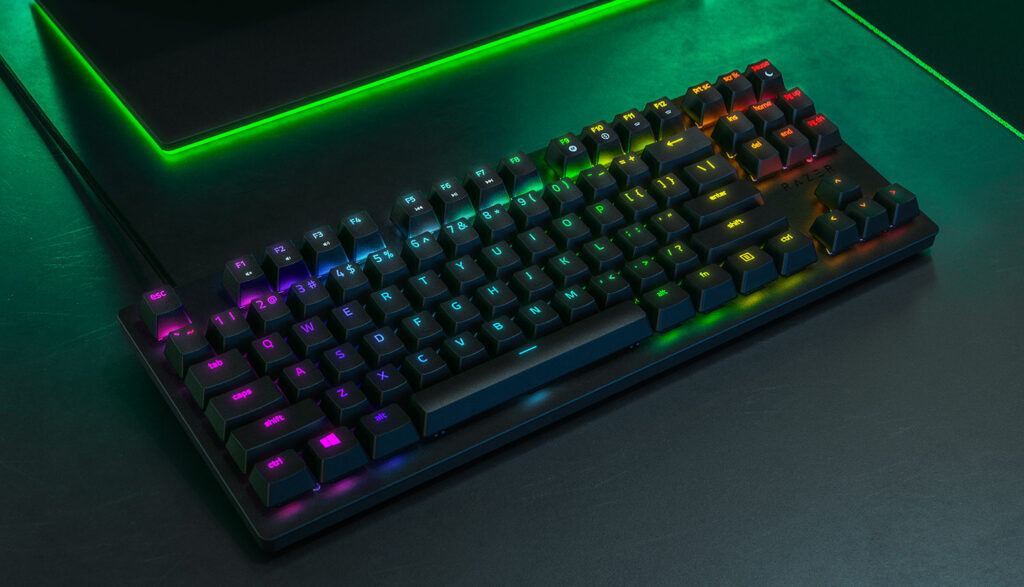 Razer, after releasing the Huntsman in 2018, to great response, has now made the Huntsman more esports inclined with the Huntsman Tournament Edition.  Let’s dive into the Huntsman TE and see why this is the option you need to look at when looking for an esports keyboard.

So small, yet so powerful.

One of the first things that you need to realize when you look at buying a TE version is that you will be looking at a ten-keyless keyboard.  This means that it is a keyboard that has no Numpad, and in comparison to gaming keyboards, it also has all media keys removed.  Leaving you with only the essentials.  The reason for the smaller form is not because someone wanted a smaller keyboard.  No, it is, as the name might suggest, to easily bring along to LANs or tournament environments.  To ease the packing up process, the cable is easily detachable.  The USB-C connector easily detaches from the top left corner of the keyboard. 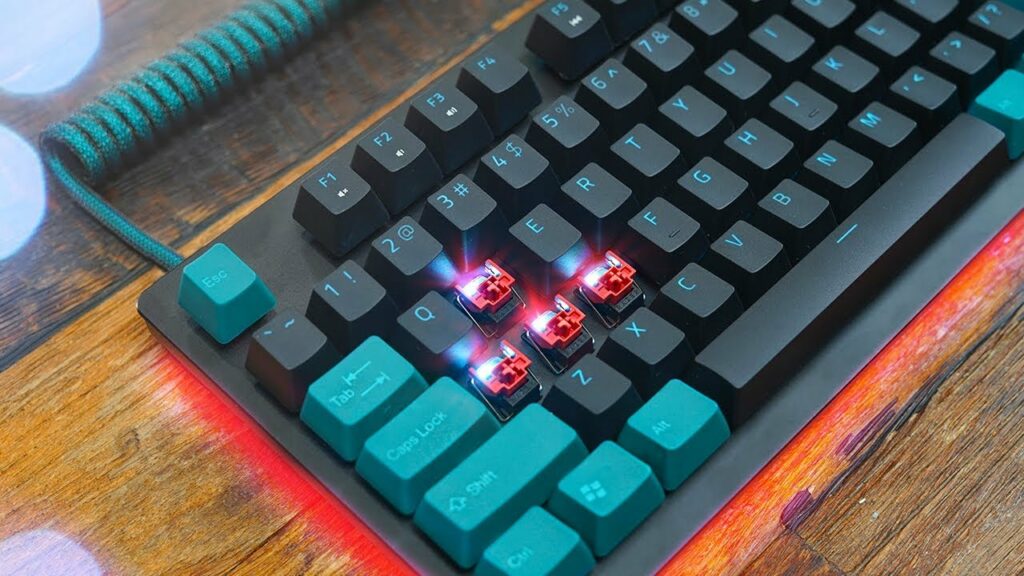 The biggest thing to remember about having a ten-keyless keyboard is the fact that there is no Numpad, for those of you who are constantly punching numbers into a spreadsheet, this is not the keyboard you need or want.  Like all Razer products, it features loads of RGB and linked with the ever-evolving Synapse which, in my opinion, is probably the best peripheral software around.  After spending a lot of time playing around in the Synapse software, fiddling with macros and lighting effects, as well as setting up profiles for the Huntsman, of which you can store 5 of them on the keyboard memory so you have your profiles with you even when you don’t have your pc, I decided to leave it on ambient awareness.  This mode lets the keyboard mimick the colours that are displayed on the screen.

As the name states, the Huntsman is aimed at the esports gamer.  In the esports realm performance, precision and reliability are the key aspects of selecting your weapon of choice.  What is very important to know is that there are a vast amount of mechanical switches.  From brown, red, blue, green, nearly every colour of the rainbow.  Each with their own characteristics, some are clicky, some are not.  Having a Logitech as well as a Razer Blackwidow as my daily keyboards, one being membrane, the other being Razer green mechanical clicky switches, both with actuation distances of 2mm.  The Huntsman trims down on this 2mm and actuates at 1.5mm.  0.5mm doesn’t sound like much, but when you do use it, you will find that even resting your fingers on keys too heavily will have you typing strings of A’s in chat. 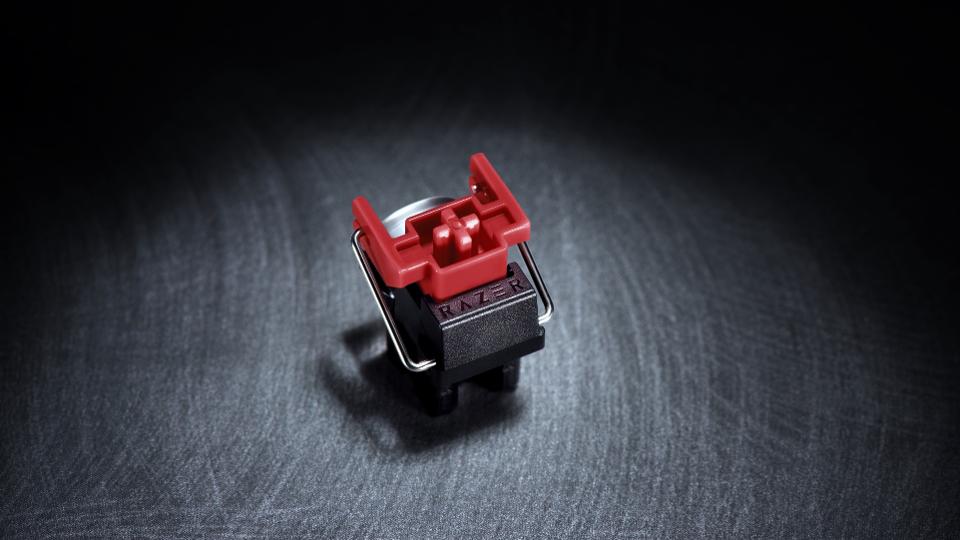 An easy way to compare is that the Huntsman will type even when you are merely thinking of typing.  For twitch gaming, which means games where reactions play a big role, the 1.5mm actuation makes the world of a difference and I could see the improvement in my gameplay once I got used to the light actuation point.  For those who will be using the Huntsman for typing, expect many moans and even more backspaces for all the unwanted double letters.  I started the review with the Huntsman and quickly reverted to the Blackwidow due to all the typing errors. 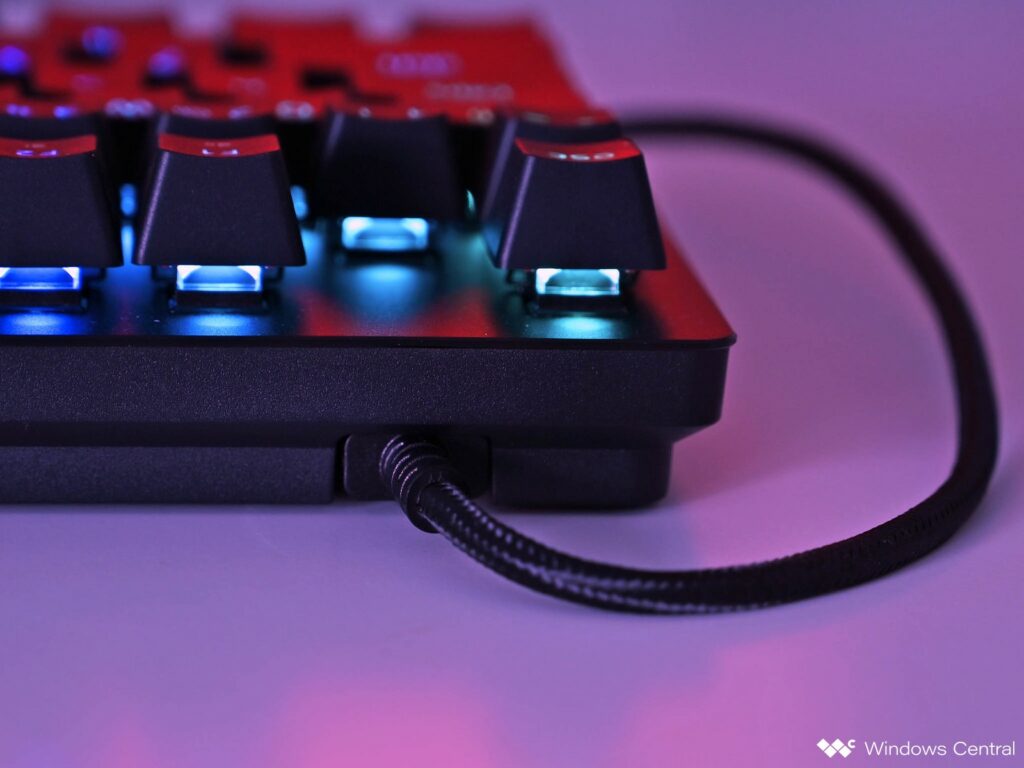 The Huntsman makes use of optomechanical switches.  For those who are not clued up, this means when you press down on the key it interrupts a lazer underneath the switch.  This has two main advantages, firstly it means there is nearly no latency, providing the quickest input possible.  Secondly, it means there are less moving parts which mean that the keyboard should last substantially longer.  Esports players are particularly hard on their hardware, similarly to players who tend to rage often, the Huntsman comes prepared for such user and should be able to withstand some serious punishment.

At first, the Huntsman might seem very pricey for a keyboard that gives you less than other cheaper keyboards.  No numpad, no media keys but more price.  Don’t be fooled by this.  The optomechanical keys and precision of them makes this keyboard a near-must for any gamer who is looking for a dedicated gaming keyboard.  The small form factor, as well as the removable cable, is a massive plus for the LAN enthusiast.  The casual gamer who does do some typing and general work on their computer might have to think twice, as the sensitive keystrokes and minimal actuation distance can become extremely infuriating to those trying to do simple typing.

The Huntsman is not a keyboard that is going to make the average gamer a pro.  But if you are a player that has some inclination to a certain game and you are that in-tune with the game that it feels like near-telepathic flow when you are playing, the Huntsman will have you playing and reacting as fast as you can think.  The Huntsman is ready to be the conduit between your brain and the game!

Special thanks to Apex Interactive for supplying the review hardware

PrevPreviousCitadel: Forged with Fire – Review
NextThe Heart of a gamer can never be stoppedNext