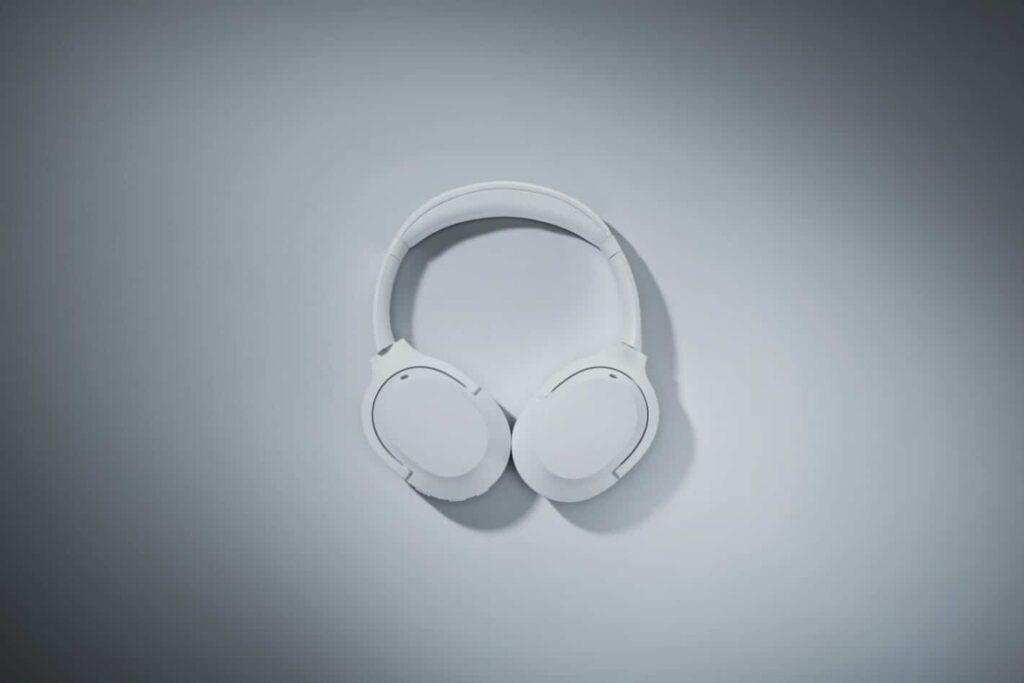 Noise-canceling headphones are something that you might not realize you need.  With the current climate of everyone working remotely or from home, or even if you are not, and simply have a rather buzzing office environment, it is sometimes nice to zone out and be in your own head with your favorite song.

Razer, who is known for the vast range of gaming peripherals, which are extremely eye-catching in design, color, and often, RGB-infused, have never really ventured into the headphone market.  Headsets, yes, they have done many, but never good-old headphones.  The Razer Opus X and its more expensive brother, the Opus, therefore is a new venture for Razer.  Aimed at the mobile gamer, or someone looking for budget-friendly active noise canceling (ANC) wireless headphones.  We were lucky enough to get one to use and play with, here is what we found. 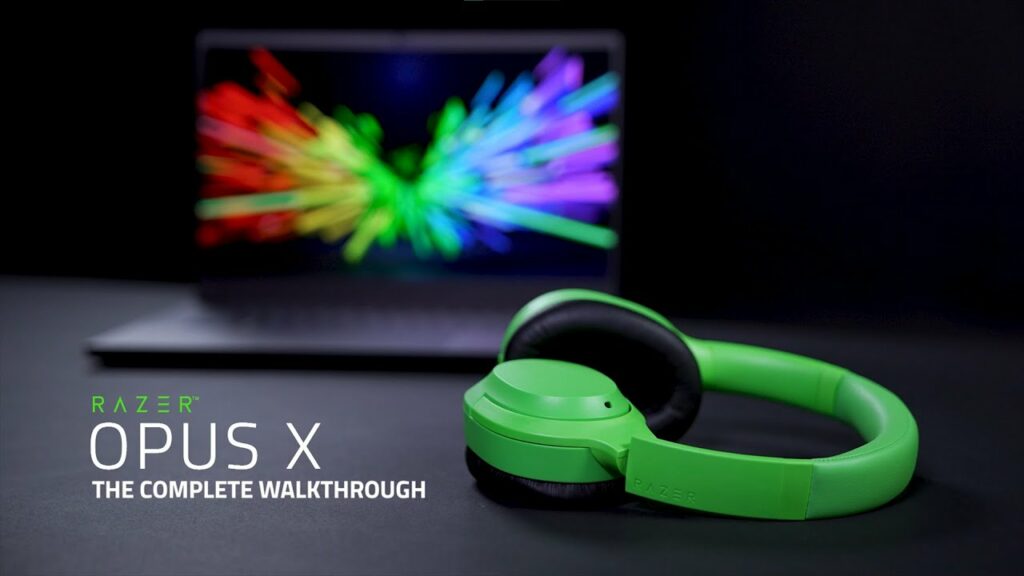 The Razer Opus X certainly has a more down-to-earth design with its circumaural earcups, minimal design ars that allow the earcups to swivel.  Being made from plastic with a top headband made from protein leather, the Razer Opus X  certainly does come in extremely light, weighing a mere 270g. With 270g on your head, you will hardly notice the lightweight Razer Opus X  on your head which makes them perfect for long sessions of wearing.  The headband is not very broad but is wide enough to provide a solid build and feel while having nine notches of size to accommodate even the biggest of heads.  The very soft and comfortable protein leather earcups sit extremely comfortably and even though the earcups themselves seem rather small, they fit surprisingly comfortably and long sessions are actually effortless. 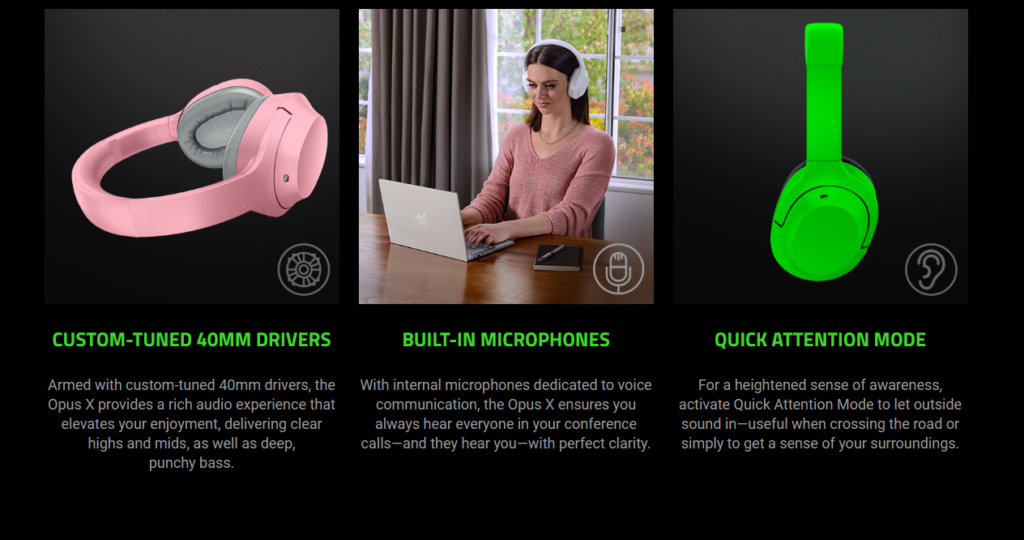 The Razer Opus X, earcups are deep enough that most users won’t have any problems with ears touching the drivers, which is a problem that many headsets face when they try and be as sleek and slimline as possible.  These earcups house the 40mm drivers that might not be tuned for audiophiles like its older and more expensive brother, the Razer Opus is, but what it also lacks, unlike the Opus is a hefty price tag.  The Razer Opus X is for the person who is looking for good noise-canceling headphones without breaking the bank, and still, looks stylish while doing so.  The Razer Opus X features four microphones in total, two are used for active noise canceling, the other two are for voice chat.  The chat microphones on the Razer Opus X are acceptable, but they are by no means a replacement for a headset that features a dedicated boom or retractable microphone.

The Razer Opus X has all of its controls limited to the right earcup.  Along the edge, you will be met with four marginally protruding buttons.  These are volume up, the multifunction button in the middle, and volume down next to that.  The power button is separated from the other buttons by a small LED indicator.  The Razer Opus X is charged by USB-C which is located on the same earcup but more forward-facing.  The power button doubles as the ANC toggle, when pressing the power button a voice will tell you ANC on, ANC off, or ambient on. 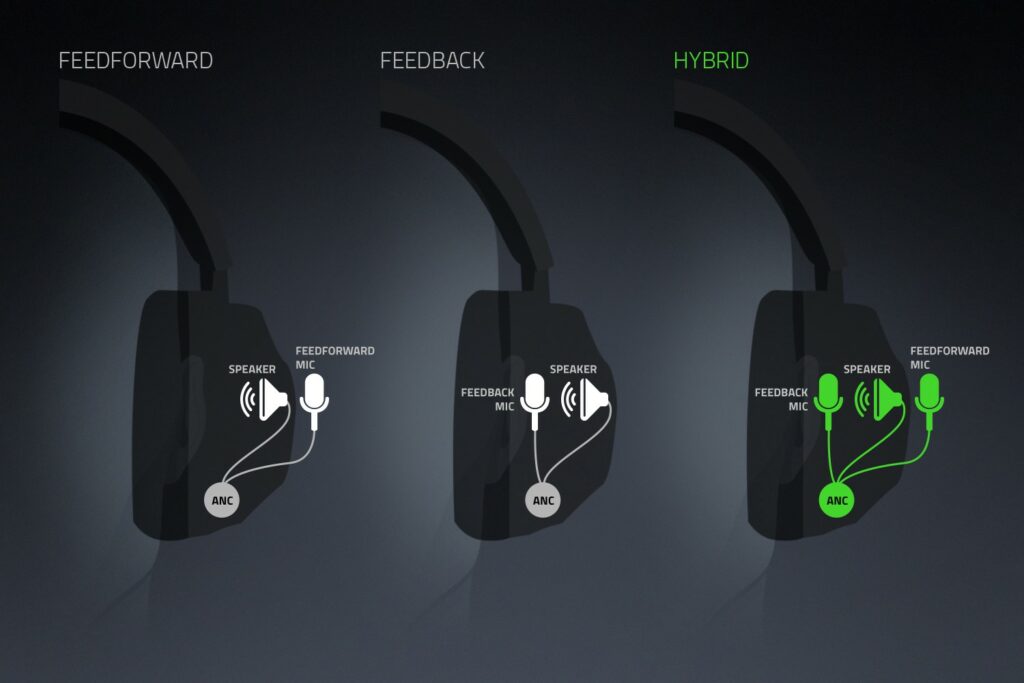 The Razer Opus X being fully Bluetooth 5.0, has another nifty feature in the form of QAM which, with a press of a button, allows you to filter in outside ambient sounds allowing you to hear what is happening around you.  Always handy if your significant other is calling you to fetch your gaming snacks.  Razer has also included a low latency gaming mode into the Opus X which did not make the cut into the normal Opus.  Gaming mode gives you better gaming latency of a mere 60ms.

One of the big issues that many people have with wireless headsets is, often, bad battery life.  The Razer Opus X can give a very solid 30 hours of battery life with ANC on, and get to 40 hours with ANC turned off.

We put the Razer Opus X through its paces with a few shows on Netflix and a host of playlists on Spotify.  Straight out of the box, the Razer Opus X equalizer settings were pretty decent with the bass being punchy enough while not having the mids become muddy or losing the highs.  I was also impressed that during mostly dialogue sections of series or movies the Razer Opus X kept the voices to the front and clear and when the action erupted it never felt that the voices got lost or overwhelmed. 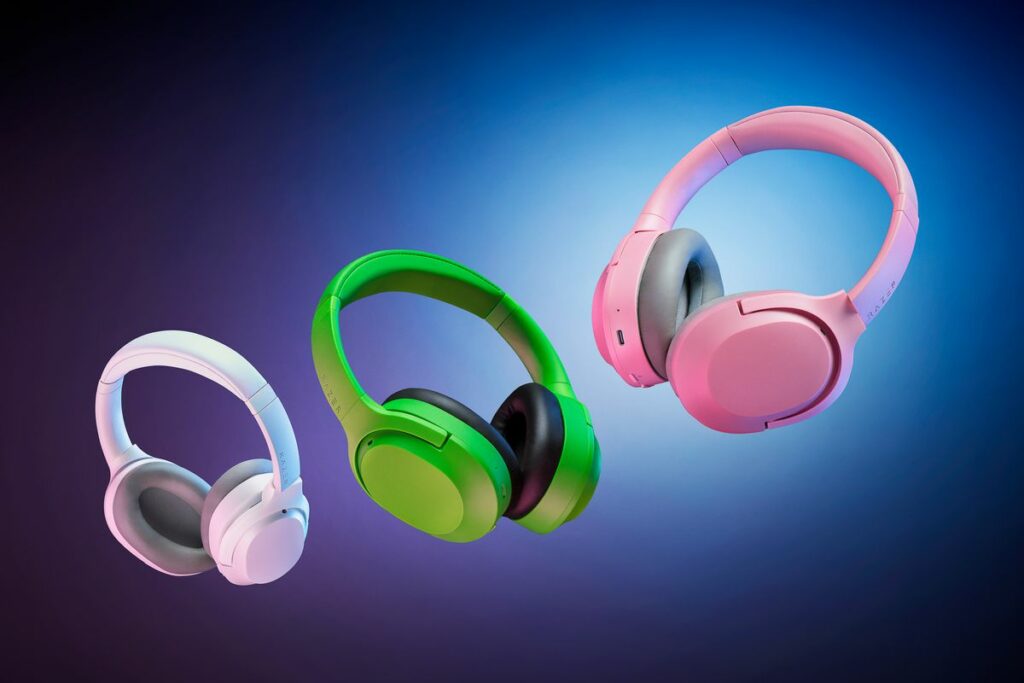 If the standard settings don’t quite suit your ears, Razer has an Audio app that you can download that allows for the equalizers to be adjusted to your heart’s content.  The app also allows you to toggle the ANC on and off without having to finger around to find the correct buttons on the headset itself.

The Razer Opus X is more lifestyle orientated than many of Razers’ louder and in-your-face designs and therefore might attract customers who want the features that Razer gives but wants to attract less attention.  The Opus X does still feature bright colors but no RGB and minimal design is a definite plus.  The ANC features and good battery life is another great plus point.

The only noticeable issue is that the Razer Opus X is aimed to be a mobile headset and the swivel earcups make it easy to pack or carry around your neck but unfortunately the headband does not fold.

At the price point, there are not many good-quality headphones that have the ANC feature as well as decent battery life.  Being extremely lightweight the Razer Opus X is nearly a no-brainer for most users looking for a headphone that can double as mobile gaming headphones while also being great for those pesky Zoom meetings, but also great when you need to escape the mundane office drone.

Special thanks to Apex Interactive and Razer for the review content