If the 2 X back-to-back Blockbuster Video Game Champ chooses Roccat as his weapons of choice they have to make a good product right?  Roccat is a German peripheral-making company that has recently been acquired by Turtle Beach.  Roccat has decided to enter the highly contested gaming mouse terrain, taking on big names such as Logitech, Razer, and Corsair to name but a few heavyweights.  The Germans are renowned for making perfectly engineered equipment.  We had the privilege of getting our hands on the Roccat Kain 122 (wired) AIMO as well as the Kain 200 (wireless).  Can these German-engineered mice show the other heavyweights in the industry that simple and clean designs and Roccat’s new TITAN click technology can set these mice apart?  Let’s find out!

The Roccat Kain pairing is the first Roccat-made mice that I have had the pleasure to test and put through their paces.  I naturally went and did some research and checked the previous mice that came from the Roccat stable.  It is safe to say the Kain 122 and its wireless brother, the 200, carry the family resemblance, albeit a striking one.  The Kain AIMO has a narrow design and with a rather raised arch, it allows for a very comfortable grip and resting for hands of all sizes.  It slants off to the right allowing for a more natural grip when holding it but also means that the Kain AIMO is a right-hand-only mouse.  The two buttons located on the inner-right is perfectly placed.  Some brands place their inner-programmable keys too high or too low, causing the user to either accidentally press the keys when moving the mouse, or having to regrip to reach them.  The Kain has got the positioning spot-on, easily accessible yet not accidentally pressed. 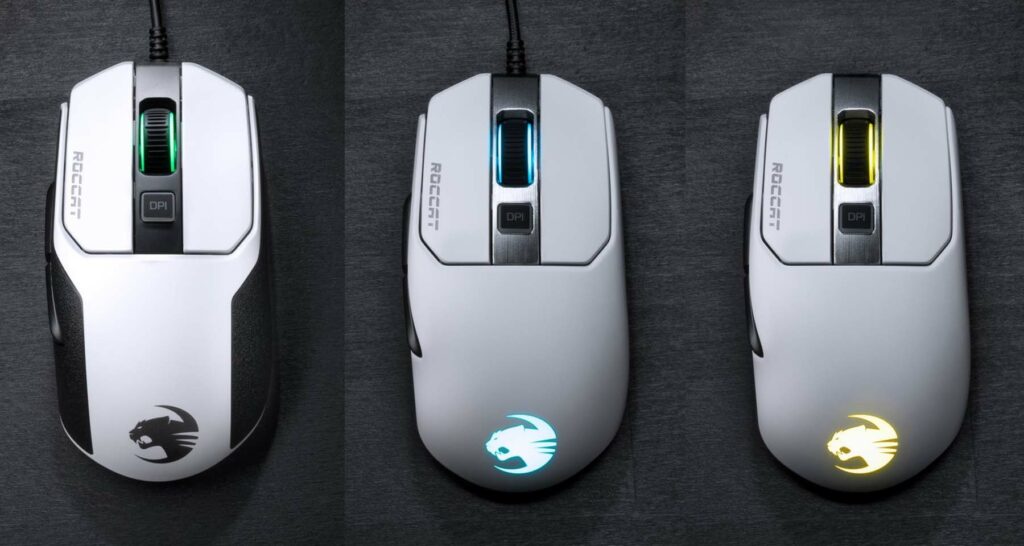 The left and right mouse buttons are not placed next to each other like most mice are.  there is a strip of brushed metal dividing the two keys which adds to the straight and square lines that dominate the Kain design.  At the top of this brushed metal piece, there is a DPI button, neat and square, elegant yet functional use of a button that has hampered many brands in their sleekness of design.  Not to mention the scroll wheel that protrudes the brushed metal strip.  The left and right mouse buttons 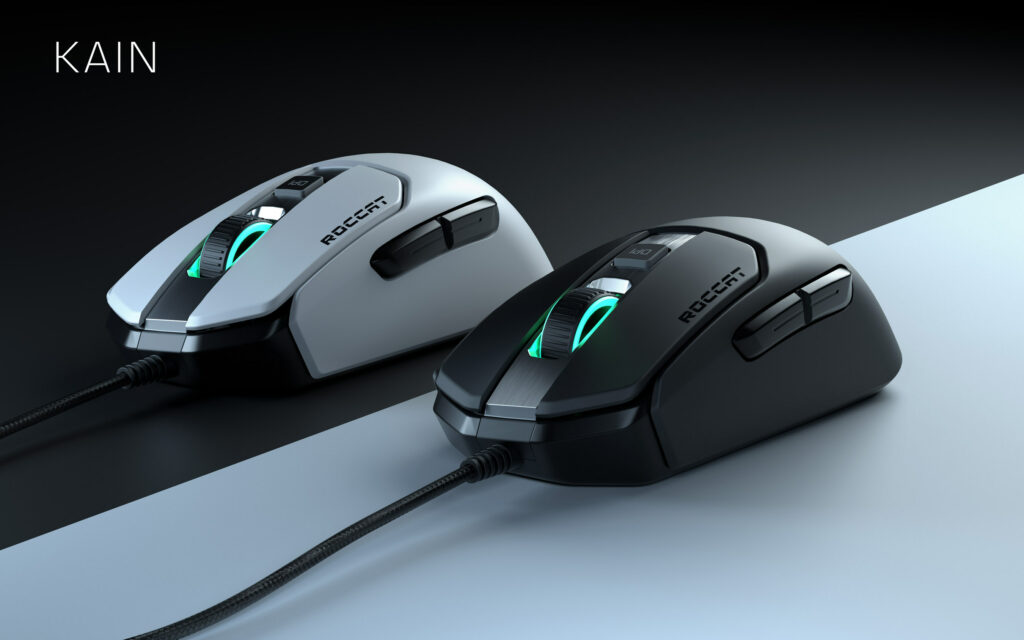 The sleek and smooth design of the Kain AIMO range and lack of any rubbery grips makes for a very appealing look but the smooth finish can, for some, make the Kain feel slippery.  With the Kain 122 weighing in at a middle-of-road 89g ( Kain 200 weighs 105g) meaning it is light enough to be able to whizz it across your mousepad without feeling like you have nothing in your hand, and not sacrificing the feeling of quality.  Unlike many of the bigger brands, the Kain-range has no weight adjustment, although I think Roccat got the weighting just right.

Both the Kain 122 and 200 are fitted with the Roccat signature Owl-Eye Optical sensor which is good for up to 16 000DPI.  This is substantially higher than many other mice in the same price bracket.  Although 16 000 DPI is generally way too high for any sane person.  a realistic maximum DPI would be more in the range of 3 200, but much like kilowatt rating in cars, it’s more for show than anything else.  Roccat has its own software called Swarm.  This allows you to save up to five profiles to the mouse, as well as assign keys to the programmable buttons, change the RGB lighting and program your DPI steps that can be flicked through using the DPI button located in the middle of the two mouse buttons. 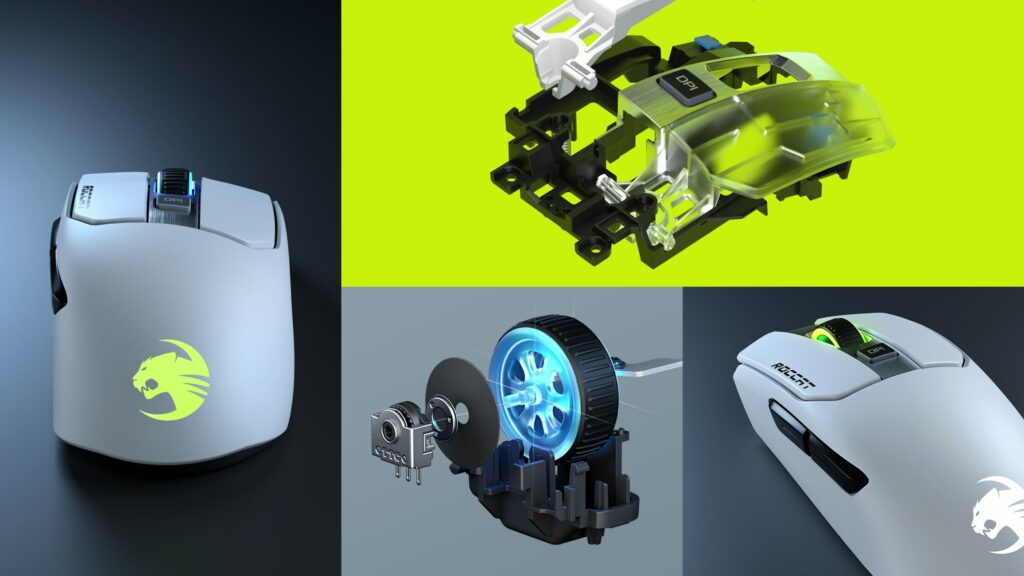 Roccat has taken the mouse-click and thought about how to improve something we have taken for granted since the birth of the gaming mouse.  By simply repositioning the switch to a more natural location, the new Roccat Titan switch feels more distinguished and more precise.  The buttons are also hinged giving it a cushioned feel when clicking.  Although the Swarm software is not nearly as refined as Ghub from Logitech or Synapse from Razer, it is extremely straightforward, and apart from a small struggle we had to save DPI settings to the mouse, Roccat Swarm was extremely straight forward and provided great explanations of what each setting would do.

Both the Kain -122 and the 200 feature phenomenal thresholds for acceleration with the minimum being 40g and the maximum of 400IPS (inches per second).  Basically said, even if you have superhuman flick ability in your favorite shooter, you will not be able to blame the Roccat Kain 122 or 200 for not being able to keep up with your speed. 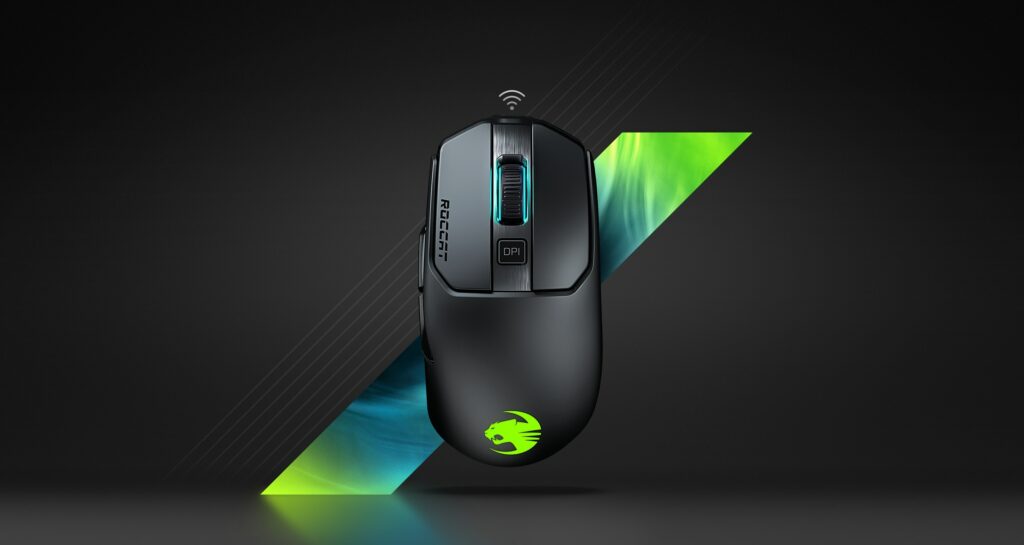 Some of the features that set the Kain 200 apart from its wired brother, is obviously the wireless part.  The Kain 200, in wired mode looks identical to the Kain 122.  When using it as a wireless mouse the cable simply unplugs and can either be plugged into a dongle, that can be placed near to where you are using the mouse, or the wireless receiver can be plugged straight into a USB port.  The Kain 200 uses a 2.4Ghz range for best-uninterrupted performance while stretching the battery life on its 1000 mAh battery as far as possible. 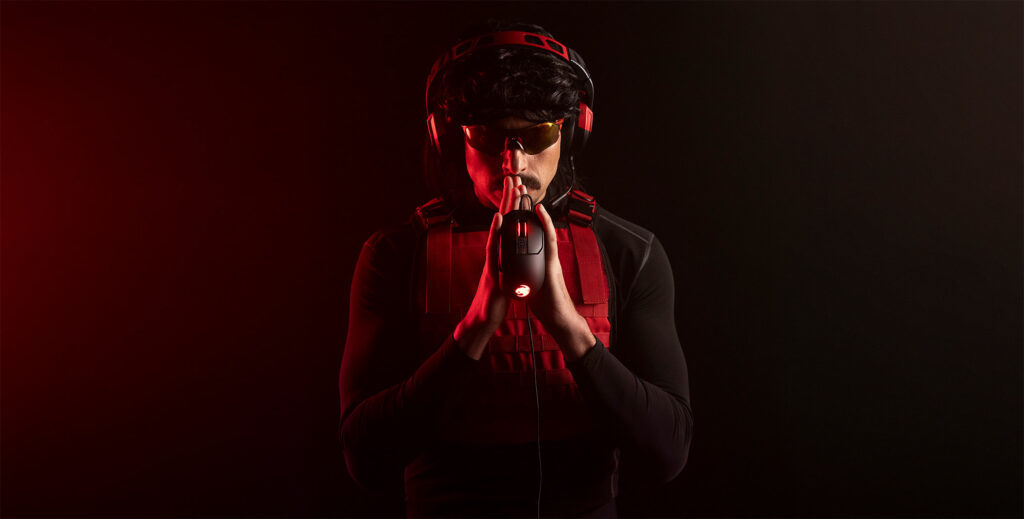 For myself, who moves between peripherals on regular intervals for review purposes, but also try and keep a high level of skill in games like Rainbow Six Siege and Escape from Tarkov, changing a mouse can have a devastating impact on your performance.  Your mouse is your weapon and like soldiers, we spend many hours honing our skill with our weapon of choice, suddenly switching it out with another generally makes you play and aim worse.  My regular daily mouse is the legendary Logitech G903 lightspeed closely followed by the amazing Razer Viper Ultimate.  Both premium wireless mice.  The Roccat Kain 122 or wireless 200, can easily hold its own against the likes of these two heavyweights.  Jumping into my favorite games with the Kain 200 was an absolute blast.  I hardly noticed any adjustment time and the Owl-eye Sensor is fantastic feeling extremely accurate and true.  With its lesser focus on RGB and gadgets and more emphasis on creating a great experience while not being overly flashy, Roccat has created a spectacular mouse!

If you are looking for a mouse, wired or wireless, that sits more in a mid-range price category while competing and beating many of the high-end gaming mice out there, then the Roccat Kain-range is definitely worth taking a look at.  If it is good enough for the Doc, to cause Violence, speed and momentum, then it is surely more than adequate for all of us!

special thanks to Apex Interactive for the review content