My very first experience with an AOC monitor happened way back in 2009 when I unknowingly bought arguably the best and most durable monitor I would come to have.  At the time I simply wanted a 1080p display roughly 24inches big.  My trusty AOC has been by my side through many consoles, a few PC’s, office, home, friends, LAN’s and even being borrowed to friends.  Through all of that without a single hiccup.  Fast-forward 11years and being able to unbox the latest in the AOC monitor range feels like I have come full circle.  Let’s hope the G2 range can stand up to the legendary status of its grandfather before it left in my mind.  Let us dive straight in…

The AOC CQ27G2 design and build is simple yet stylish.  Featuring a matte black finish all around and a few red streaks to accent the sleek design.  The “almost bezel-less” design makes the 27inch display appear even bigger although, when the monitor is in use the bezel is clearly visible.  A thin black bottom, accented with a red stripe finishes the bottom of the screen off really nicely and a small and unobtrusive light to indicate power mode can be found on the right.  Unlike many of its competitors, the CQ27G2 does not boast an OSD joystick.  This can make navigating extensive OSD menus rather cumbersome but once set, these settings are generally not changed so it can be overlooked. 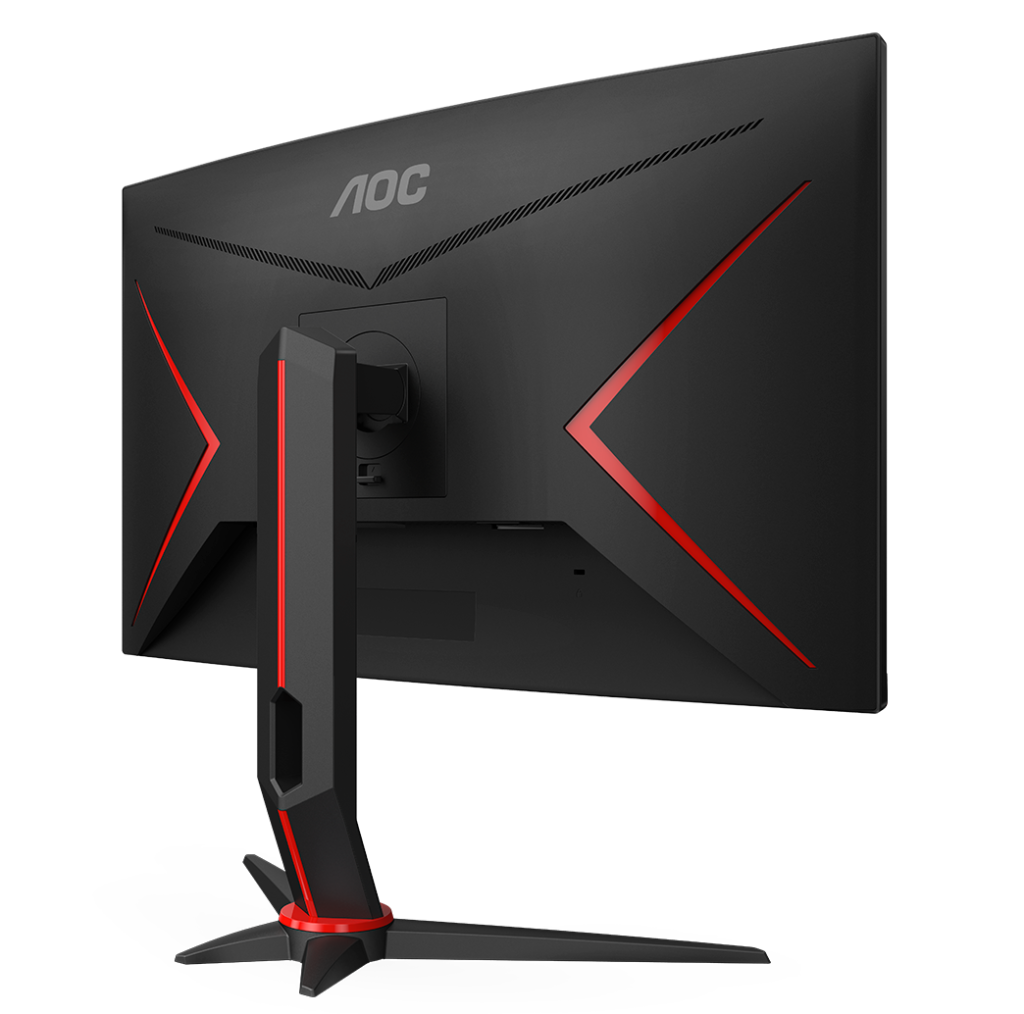 The stand of the AOC CQ27G2 has a wide-V footprint which fortunately won’t take up much of your desk space.  The stylish silver finish compliments the rest of the screen tremendously well and the cable management hole has more than adequate space for keyboard, mouse, and any other cables you might need to have neatly managed.  The stand also allows for a wide range of movements of the monitor.  Before we get to that, it is worth mentioning that the AOC CQ27G2 is fully VESA capable, with the 100×100 mount.  The stand allows for the monitor to be raised by 130mm and provides -4° to 21.5° of tilt and 34° of swivel adjustments.  Being a curved display, these angles and adjustments should be able to satisfy the fussiest of monitor-adjusters… (do you get those people?)

The connections for the monitor, which are as follows:

All are situated at the bottom of the monitor and face down, for wall mounting purposes.  From the moment I pulled the monitor from its box to start assembling, the general feel of the packaging and the product in hand is that of quality.  The AOC CQ27G2 feels solid and well built.  Other monitors, such as my personal 27inch 144hz QHD monitor from another well-known brand, in the same price range as well, feels quite flimsy and like it might fall over if its bumped.  The AOC CQ27G2, however, does not come with built-in speakers.  Most would not find this to be a problem as, generally, the built-in speakers as very underpowered.  The CQ27G2 also comes standard as both G-sync and Free-sync capable. 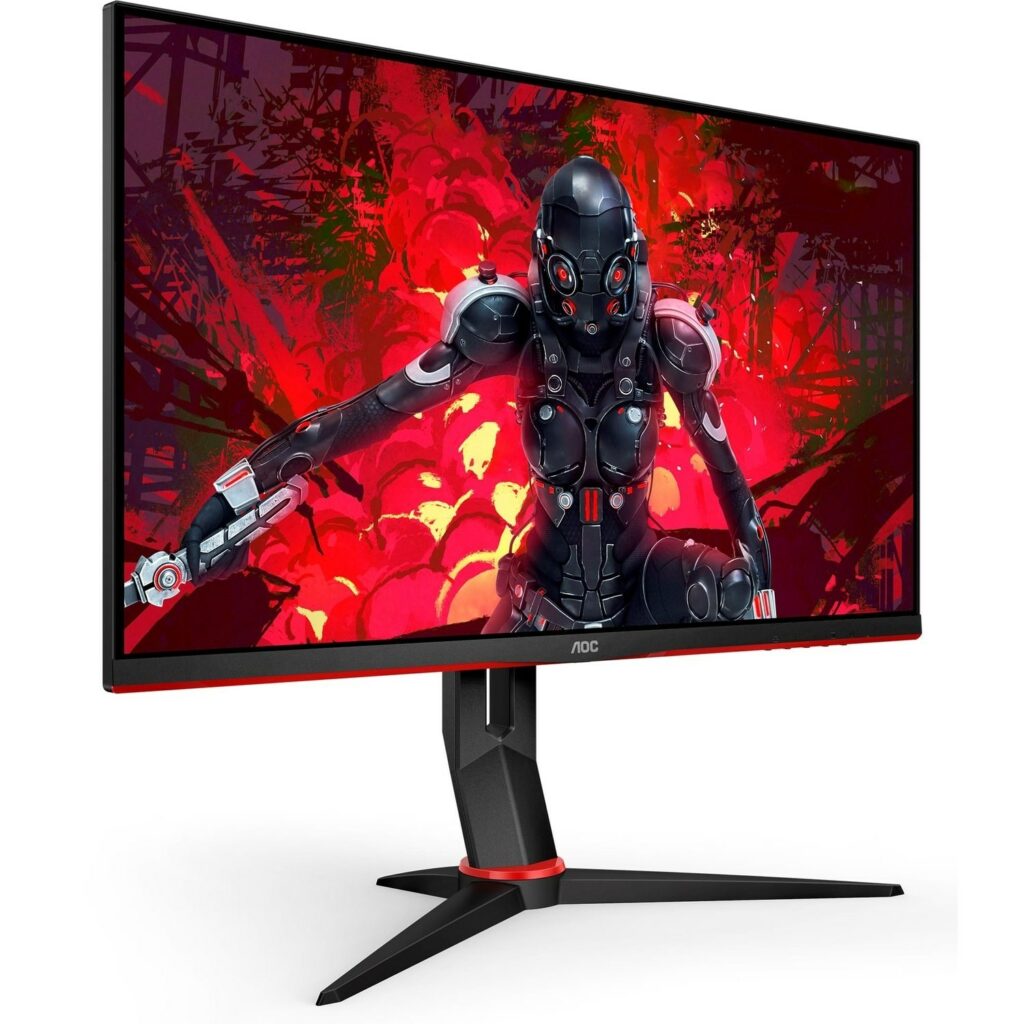 With the arrival of the AOC CQ27G2 came a feeling of sheer excitement as well as significant amounts of dread.  This being the first monitor I have ever reviewed.  This on its own posed some challenges and significant research regarding terms and general aspects of gaming monitors.  So bear with me as I try my hand at this monitor review. 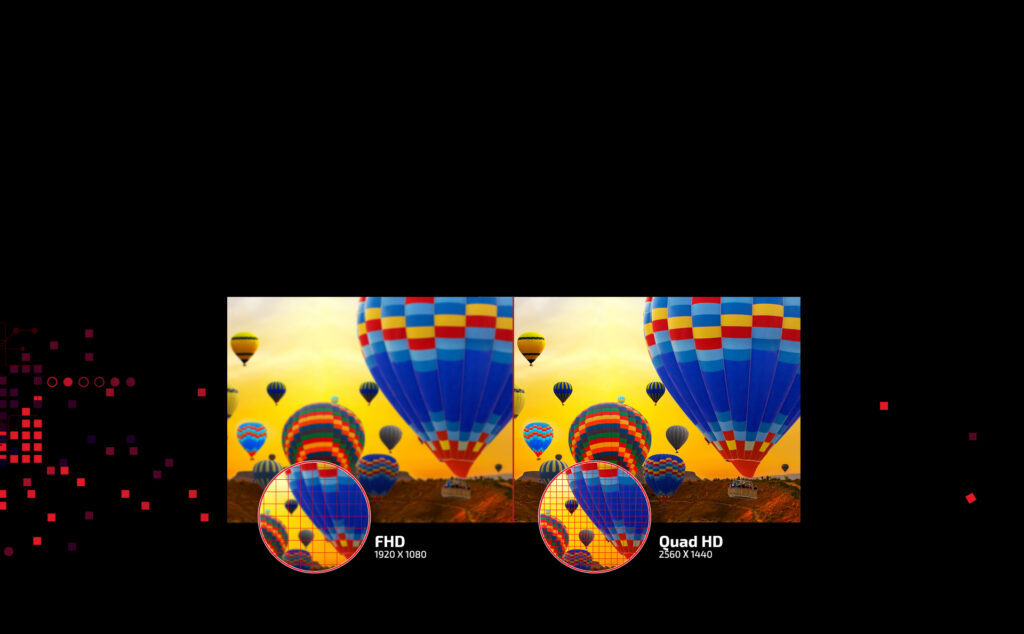 The CQ27G2 boasts a 1ms response time that, in today’s terms, has become the standard if you want to call your monitor a gaming monitor.  For those who don’t know, response time is the time it takes for a single pixel to go from grey to grey.  Along with this, the AOC delivers this in 144Hz.  Refresh rate refers to how many frames it can produce within a single second.  Regular monitors generally output between the 60-75hz range.  If you have not experienced 144+Hz I would strongly suggest you try it.  Once you see the silky smoothness of 144Hz you will never want to go back. 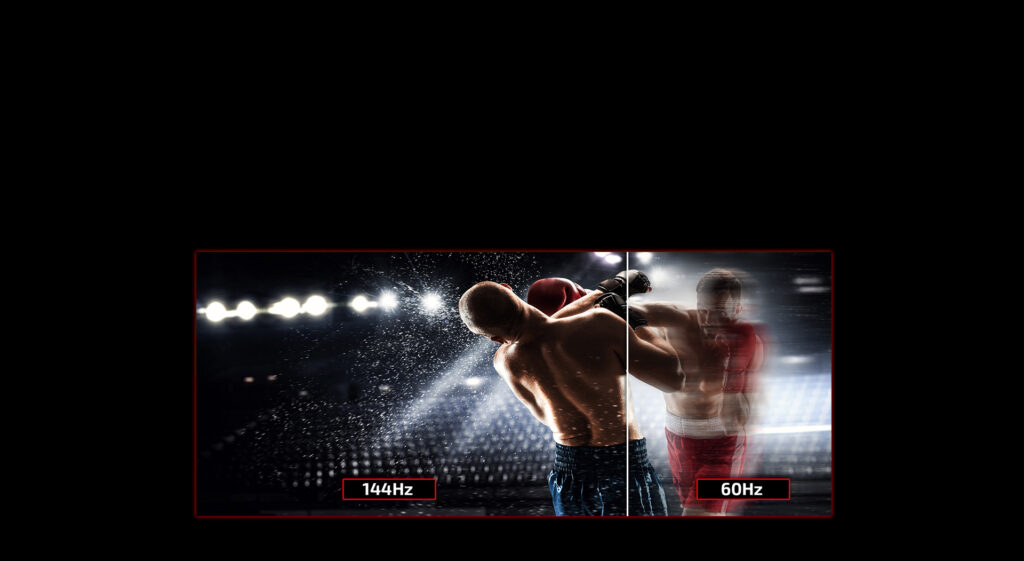 G-sync/Free-sync are ways that AMD and Nvidia stop screen tearing to occur.  Both of these technologies will allow your GPU to sync its refresh rate with that of the monitor creating perfect sync between the frames that your GPU delivers and the frames your monitor displays.  In the past, as well as with more budget monitors, they generally only support one or the other.  Which can cause a headache when changing GPU’s or if you don’t research before you buy.

Monitor panels are a thing of great mystery, as I have come to learn during my research.  You have 2 general types of panels.  TN panels generally struggle with angles, colors, and contrast, but they tend to be fast, and as many may say, in this case, speed is worth a few sacrifices.  VA panels, on the other hand, drop the speed and focus on picture quality and reproduction.  Then you get IPS, the best of both worlds apart from their singular drawback…  Price!

Even though the CQ26G2 has a VA panel,  I was immediately blown away when I fired up Assassin’s Creed Odyssey!  I have never experienced colors and lighting to pop so spectacularly. Never have I experienced a sunrise or sunset, apart from the real thing, on any monitor!  This might just be because it is my first experience with a VA panel but, man oh man am I hooked!  Games with vibrant colors are close to unrecognizable when displaying on the AOC CQ27G2.  With the research I have done, I have discovered that curved panels, like the CQ27G2, are prone to having uniformity issues across the panel, I conducted a simple test of moving a black box across the screen and apart from the slight variant in color here and there it is hardly noticeable.

With so many monitors around, all featuring many different panels, refresh rates, and just general features of which many can be considered gimmicks, it is really tough to make a decision on which one will suit your needs.  This is where I would generally recommend finding a price range first, then deciding on screen size, resolution, and then refresh rate.  All the other should be secondary.  The AOC CQ27G2 sits firmly in its price range, with some monitors spec’ing similar to it but not quite up to its level.  So I would say the AOC ticks the price box.  Size, resolution, refresh rates are all comfortably ticked, with few being able to give 27 inches, 144Hz, AND 1440p for around the R7000 mark (give or take).

My recommendation would be if you are in the market for a 27inch gaming VA monitor then you should not hesitate to consider the AOC CQ27G2!  Not only is it crammed full of features such as boost, HDR and even an onscreen crosshair (naughty) but it gives a wonderful image and literally had me dumbstruck by what I had been missing out on! And did I mention it is curved…

AOC has hit the nail on the head with this monitor and other “big name” brands should take note, AOC is not here to compete, they are here to take over!