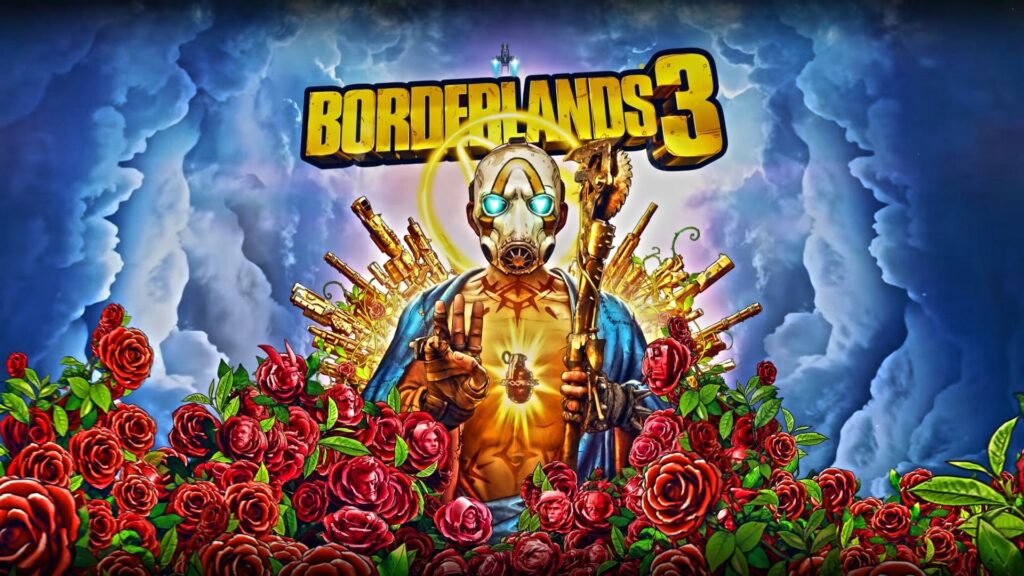 If you are here you probably have an opinion on Borderlands already.  Either you are a fanboy or girl, or you simply hate Borderlands.  I have yet to come by someone who is on the fence about the Borderlands franchise.  Most people love it, but there will always be the odd few who swim against the stream and declare it to be utter trash.  I fall in the first group, I love Borderlands!  So how do you write a review about the game that popularized the loot & shoot long before the likes of Destiny and the Division came around, as well as the follow-up, although maybe not in release order, to arguably the greatest game ever, Borderlands 2?  Well, why would you change a winning recipe?

And so it begins… 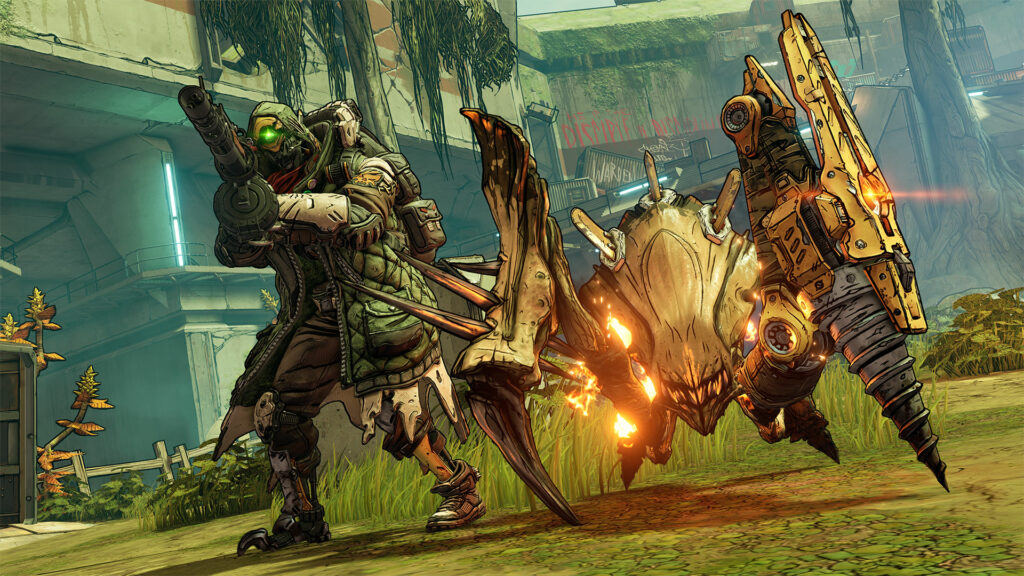 Borderlands is a franchise known for going against the grain, and the opening moments prove that.  Unlike other sequels changing from the predecessors, Borderlands is so confident in itself that it dares to be familiar.  This shows how confident gearbox and Borderlands are with themselves as well as this installment in the franchise.  And it is with good reason that they are.  From the opening moments you will be met with the usual Borderlands story, you are vault hunter, tasked with helping Lilith, a Siren from the previous installments, to find vault across the universe before the calypso twins (Anti-heroes and twin brother and sister) find them and DESTROY THE UNIVERSE(queue dramatic music).  Not to mention the utterly hilarious jokes and jabs that are strewn across the wastelands of Borderlands.

This is part of what makes Borderlands so great, instead of changing up their whole game they keep the things that is loved by the fans and tweak the things that can only improve the experience.  The shooting has been completely reworked to give a more enjoyable experience as well as giving the movement system a more fluid feel.  You can now traverse obstacles easily.  Graphically Borderlands 3 has taken its unique cartoon-styled graphics to a new level.  Fewer reds and oranges and a whole lot more color!  Borderlands 3 is lovely on the eye with lots of bright new colors and even MORE weapons.  As if the weapons, you will be hard-pressed to find a game that has a wider variety of truely “original weapons” .  Ranging from your run-of-the-mill shotguns to seriously interesting alien tech that instead of reloading, you throw at your enemy and explode on impact.

Borderlands 3 will start you on the very familiar planet of Pandora.  You will need to help clean out all the bandits from Pandora, which is rather normal, but this time around you are not stuck on Pandora only.  Your journey to stop the Calypso twins will have you traveling to many jaw-droppingly beautiful planets.  It is not a simple fast travel from the one planet to the other either.  Your spaceship is an explorable and living area in itself.  Feeling a lot like the submarine that you spend time on in between missions in Wolfenstein: the new Order.  Every environment that you have the pleasure of exploring will provide vast amounts of loot as well as countless NPCs that provide hours of laughs if you stand around and listen to their dialogues.  Borderlands 3 also introduces us to four new vault hunters who are joining in on the fight

The Borderlands official website describes Amara as: “Gifted with powerful Siren abilities, Amara is a renowned champion of the people and bonafide badass. Using her action skills she can Phaseslam the ground to damage nearby enemies and knock them into the air, Phasegrasp enemies in place with a giant ethereal fist, or even Phasecast an astral projection of herself that deals damage to everything in its path.”  With 3 skill trees to populate Amara can use her elemental powers to crush opponents or throw them around like rag dolls.  Amara is perfect for any fight.

Moze the gunner is best described as: “Moze is a battle-hardened former Vladof army soldier who specializes in mechanized combat. She uses an action skill to digistruct and climbs into her bipedal tank, Iron Bear, which has hardpoints suitable for mixing, matching, and mounting high-velocity Railguns, rapid-firing Miniguns, semi-automatic Grenade Launchers, flamethrowers, pneumatic fists, and homing rocket launchers.”   Moze has a history of fighting bad guys, using her trusty Iron Bear mech she is able to hold her own in any gunfight even when grossly outnumbered and outgunned.

Zane the Operative: “Born into Pandora’s notorious Flynt family, Zane is a semi-retired corporate hitman who always has a gadget up his sleeve. His action skills include a SNTNL drone that flys around and attacks enemies with a machine gun, a deployable Barrier shield, and a Digi-Clone that simultaneously distracts enemies and dishes out damage and which Zane can teleport to switch places with.”  Zane comes from a notorious family in the Borderlands, having seen his fair share of combat during his time as a lone operative he can use his very unique skill set to take on whatever Pandora, or the other planets can throw at him.

“FL4K is a wandering robot who always brings one of their three loyal pets into battle to buff stats and attack enemies. Their action skills let them send forth dive-bombing Rakk, teleport Gamma Burst-irradiated pets through rifts, and even Fade Away to temporarily become invisible while moving faster and regenerating health.”  FL4K is the perfect lone hunter, with one of his three pets that help in battle, when FL4K is around even the toughest hunters become prey.

A common trap that games like Destiny and the Division fall into is monotony, the endless grind can become extremely draining and painful.  Borderlands avoids this by keeping a frantic pace of new weapons, enemies and weapon archetypes.  Another way that Borderlands keeps your interested is by making ALL missions feel important.  If your ECHO-3 device didn’t label them as side missions there would be nothing to distinguish them from the main storyline.  These side missions will have your traveling to all the planets with the odd fetch and carry mission here and the but generally, these missions do not feel like fillers rather than crucial to experiencing the full Borderlands experience.  The less-favored missions can easily be appreciated and loved by the simple humor that Borderlands throw at the topic. 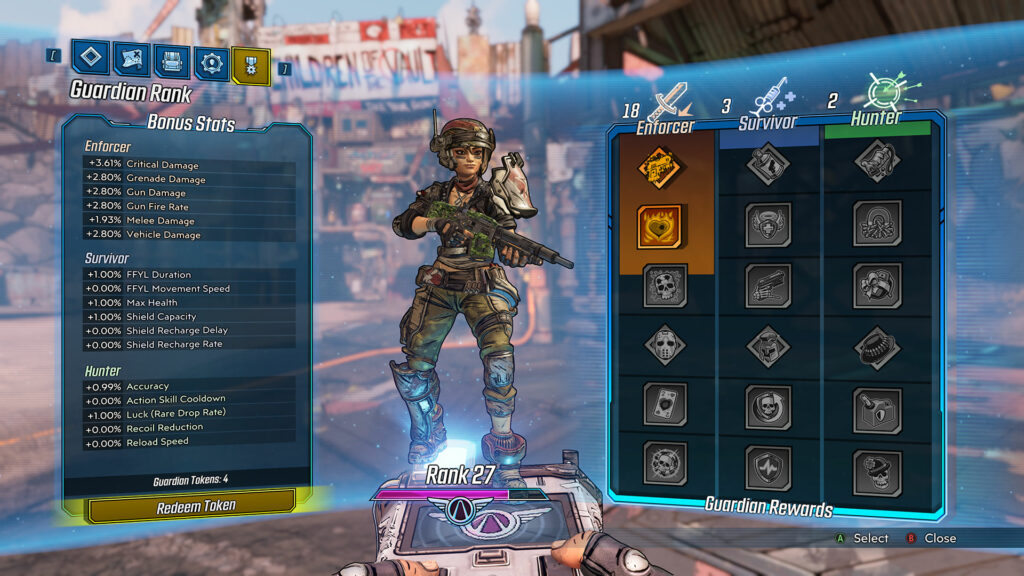 Gearbox was also very proud to state that they boast ” 1 billion guns”, they might have crooked the books slightly by giving nearly identical guns a different name and slightly tweaked stats.  But what they have done well is to give each weapon manufacturer a distinct feature.  Vladof guns have 2 different firing modes, the guns that the children of the vault don’t need reloading they overheat and need to cool down.  All of these tiny elements help to sell the illusion of an endless amount of weapons to find.  Borderlands 3 takes it a step further, Each weapon has its own character, whether you have your revolver hammer cooking or the chatter of the assault rifle as it sprays lead, or the red hot barrel of your shotgun after slaying a team of skags.  These little things make you appreciate what Gearbox and Borderlands 3 have achieved with this long-awaited installment. 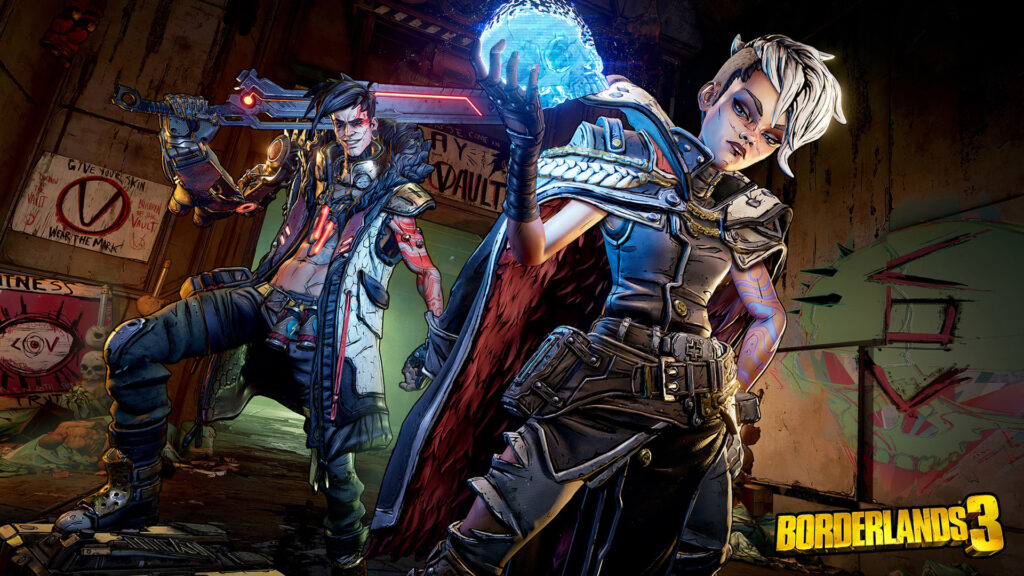 Borderlands has always been known for the wonderful split-screen action and endless hours of looting and shooting you can have with a buddy, or 3.  Borderlands 3 is no different.  When you join up with a buddy online, the party leader can choose whether loot is evenly shared amongst each other, with each player only seeing his or her own loot, or it can be a free for all, fastest looter wins.  Borderlands even jokes about that!  Everything is lighthearted in Borderlands.  There are also a couple of new modes : Mayhem mode, which is a wave-like mode where enemies become increasingly tougher with the reward of increasingly stronger loot.  True Vault Hunter mode (the new game plus) and circles of slaughter (true horde mode) and Proving grounds which resembles Diablo 3 rifts.  With all these modes that can be played solo or with friends as well as taking them on with each of the 4 vault hunters, you will be playing Borderlands 3 for a long time to come!

If you are a Borderlands fan, you probably already have this game and you are neck-deep in the action.  For those who are not yet captured by the Borderlands franchise, Borderlands seems like a light-hearted game that doesn’t take itself too seriously.  And on the outside that is true.  But underneath that smug exterior laced with on-the-nose humor is a very VERY, if not the greatest loot&shoot franchise ever.  Borderlands 3 takes a known and loved formula and improves on something that seems perfect. Borderlands 3 ticks all the boxes.  Great story, extremely loveable characters, humor that you will not find in any other game, original mechanics and gunplay, stunning graphics and hours and hours of mayhem and fun!  Why should you buy this game? Easy, there is no reason you shouldn’t!

Special thanks to Prima Interactive for supplying the review content