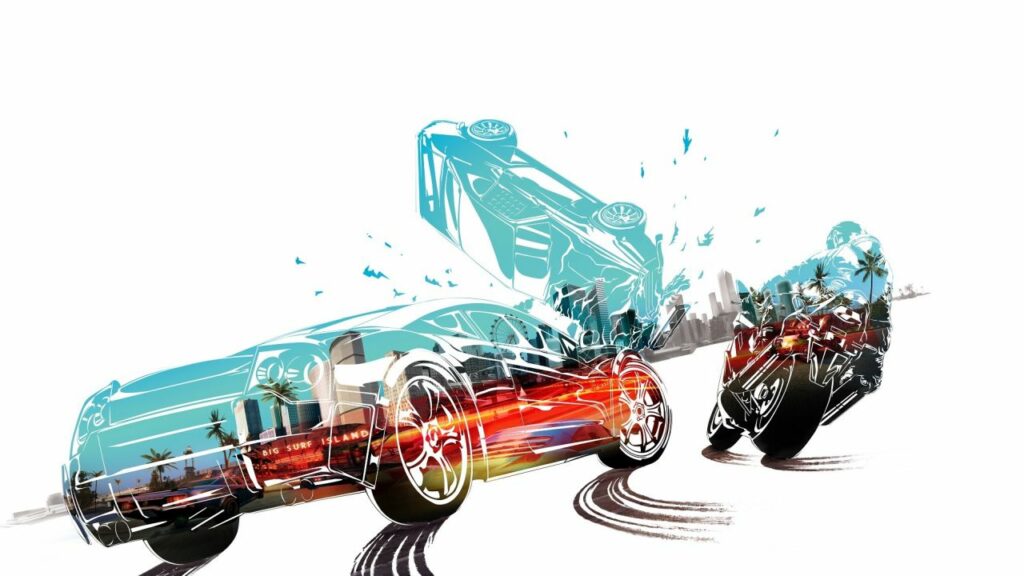 >>>NO CRASH TEST DUMMIES WERE INJURED DURING THIS REVIEW<<<

*They were all on sick leave.*

Burnout Paradise was first released over 10 years ago, yes 10 years, on the Xbox 360 and PlayStation 3.  The game was a sure hit with beautiful visuals and the trademark Burnout crashes.

Back then, yes it still feels like a lifetime ago, the game felt great as a arcade racer, looked amazing with detailed car models and mind-bending crashes, felt like you were watching crash test dummy videos as the cars crumpled and buckled from the impact.

10 years later how does the remaster stack up? Let us have a look, shall we? 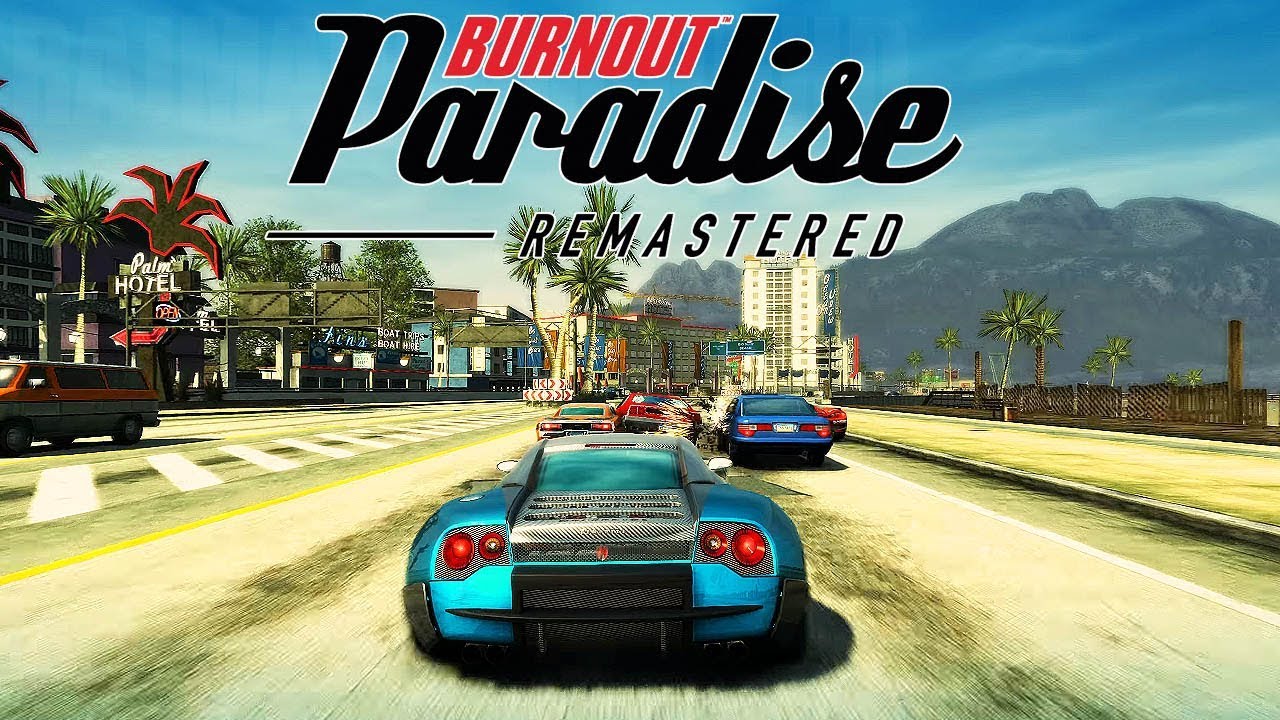 Comparing the game from when I played it on Xbox 360, it is still exactly the same game. That being said, in no way is it a bad thing, oh no, the game is still addictive fun and a sheer joy to play. Burnout is the only game to turn crashing from an “Ah Damn!” moment, to a “Daaayum!!” moment.

For those who played it, and bought the DLC, you are not missing anything. It is still all there, ready to be taken for a spin once more, with improved visuals of course.

For those who didn’t play Burnout Paradise on the Xbox 360 and PS3, now you have NO excuse.

Lastly, for those who are new to Burnout Paradise, it is basically an Arcade style racer highlighting the crashing of cars at stupid fast speeds, all while taking part in several game modes spread out in the open world fictional city of Paradise City.

In Free Roam Mode is where you find most of the fun. You are tasked at finding and smashing billboards, find marked shortcut routes and really large ramps to get some good air.  The formula is really basic, no fancy tricks, but it is an exhilarating feeling when blasting between cars in the opposite lane while your boost is like a refill drink at Burger King.  That moment gets somewhat elevated when you manage to hit a ramp.  Even though the cars feel a slight bit on the light side in terms of weight, the impact from landing indicates anything but.

Each vehicle has its owns stats and type, making it easy to select the right one for the job.  Removing any form of trial and error from the equation and putting you straight into the action.  Believe me, comparing stats is fun.  Trying to figure out which is best, but when there is smashing to be done, I want to be there as soon as possible.

The soundtrack, in typical EA fashion, is mainstream and as always varied with music ranging from Rock to Hip Hop.  The mass majority of the music is perfect driving tunes.  Even though the selection is unchanged from music that was popular back then, it just further enhances the nostalgia.  Whether you just cruising, or speeding like a bat out of hell, the music is a fine choice.

But let’s talk about the real soundtrack of the game, when the cars crash.

As stated before, when you are about to hit an obstacle, it goes into this slow-mo moment, at this point you see the car make contact and you witness the carnage.  It is the sound of how the car crumples, that is the soundtrack.  The twisting of metal while colliding into another car is sheer enjoyment on the ear, your eyes can’t have all the fun.

With all the music and The Sound of Crashing aside, there is a Radio DJ by the name of DJ Atomica making the atmosphere enjoyable as if you are part of some big event in the city.  At the start the DJ acts as your guide, telling you about what is what and what to do as you take part in an event type for the first time.

Having a DJ in a racing game nowadays is almost a standard, but when Burnout Paradise was released, it was refreshing with its own personality and made sessions enjoyable.

The original Burnout Paradise was great looking game on the Xbox 360 and PS3. Even for an arcade racer, the graphics was always smooth and solid no matter how aggressive you are during a Road Rage or just flying off jumps.

In the remaster the visuals are as crisp as a frozen lettuce leaf.  The resolution has been bumped a lot to give it a razor sharp look.  60 frames per second has never looked so good.

Burnout Paradise is not shy on its selection of vehicles. The 150+ on offer is also a treat to look at, even when turning that sleek sports car into a Dinky Toy against a concrete wall.

Burnout Paradise Remastered is by no means a new game, but it’s a firm reminder of a simpler time of arcade racing. 10 years, yes still feeling old, has done nothing to its charm and doubt it ever will.  Burnout proves that chaotic fun is still the best fun.  Keep your fastest lap times and drift bonuses, I want to see carnage at breakneck speeds while cars are flying into other cars like no one’s business.

That being said, if after all that you are still not convinced you to get this timeless gem, then let me leave you with this…. 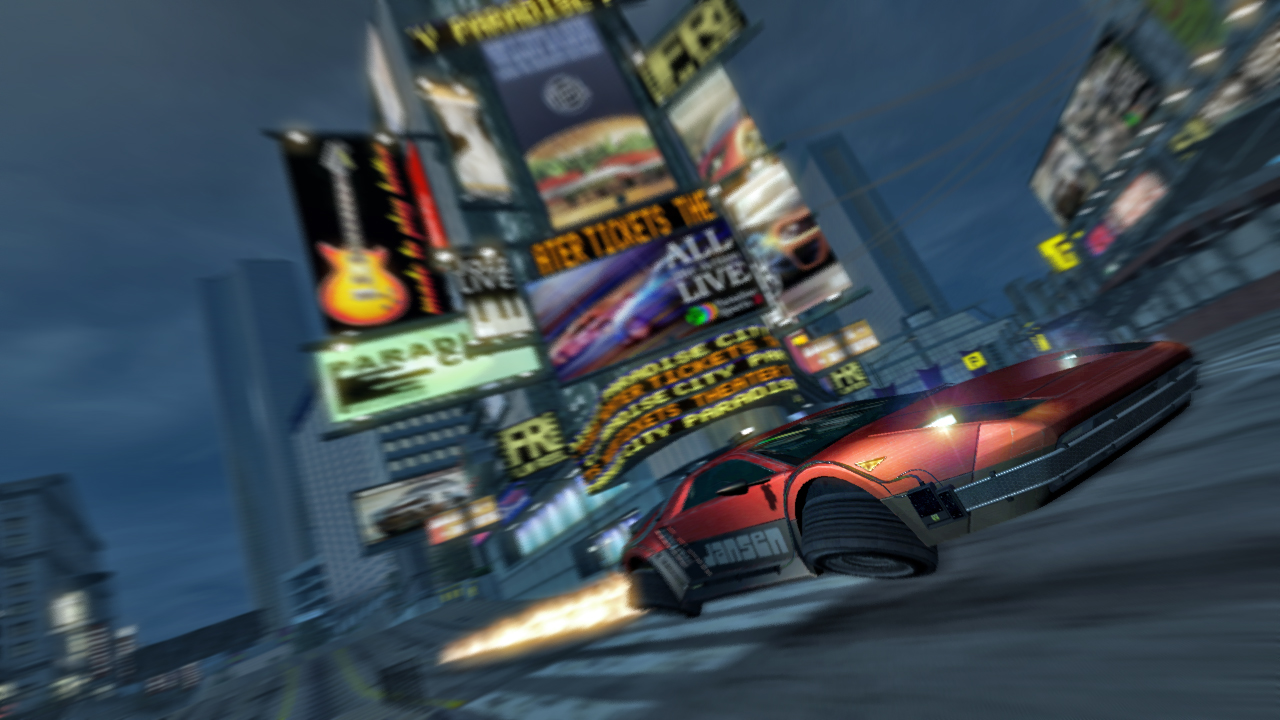 I would jump into Burnout Paradise Remastered in a heartbeat to simply relive the nostalgia, therefore I rate it…

Special thanks to Prima Interactive for supplying me with this review copy.