A rough start with a steep learning curve (If you not used to Piranha Bytes Games), but after a few hours It grabbed me so that I couldn’t stop. A fascinating world with great lore and a story that works well.

At first I was skeptical, Elex does not set the bar high when it comes to first impressions, but having spent money and having the need for a RPG I stuck around, just long enough to allow it to blow me away.  Not that it’s perfect in anyway nor does it represent AAA quality standards, but the world is so believable, the variety of quests are great and the exploration is phenomenal.  Let me take you through my experience with various different elements of Elex. 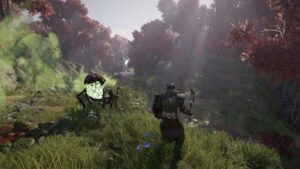 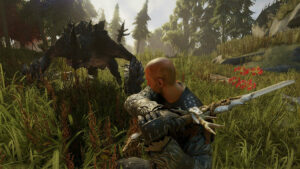 Combat is where they throw you a curve ball, when you not used to playing Piranha bytes games. Death becomes your best friend in the early stages of the game and until you understand that there is no level scaling and higher level creatures are placed on your path from the get go, you will have a tough time traversing from place to place. Piranha Bytes changed their old approach and opted for  a stamina based system, making combat a beast on its own. Placing correctly timed attacks while focusing on your Stamina bar, while you dodge incoming enemies and at the same time keeping track of your special bar (that was a mouth full) is something to get used to but makes combat, although it needs work to smooth it out somewhat, extremely rewarding.

When you start questing in the first couple of hours, weapons and armor are hard to come by, you struggle to adapt to the way enemies populate the vast environment, but when you finally get the hang of it and know your way around, exploration gets easier and finding epic loot is worth the blood sweat and tears.

Firstly, there is a vast and nearly unlimited amount of different weapons and gadgets from normal one-handed swords to grenades and laser spewing rifles. Piranha bytes made sure to give every player the freedom of choosing weather you are going the old school medieval way or the futuristic sci-fi  way. This is where they put a lot of effort in. Each and every weapon has its own animations making that weapon feel unique to its class and although the combat system itself is a bit rough, they placed a lot of effort on the uniqueness of an item. The only aspect of Combat that does not sit well and feels completely out of place is the use of guns. Guns feel clunky and all gun type weapons felt exactly the same and was not entirely a satisfying experience. 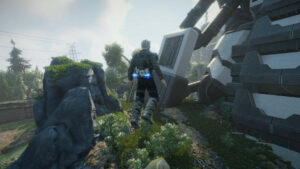 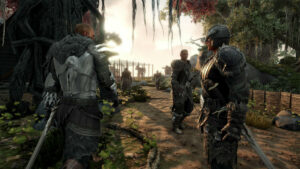 This is one aspect of the game I would recommend other developers to follow. The world of Magalan is a harsh and dangerous place making exploration difficult at times, but it is so rewarding that you want more. It never becomes a repetitive grind and each place you explore, you feel the need to explore more and wander off track just to see what’s next. The landscapes smoothly merge with each other and the environments make Magalan feel like a real living and breathing world. Although some areas lack visual presence, the sheer size of the game world and the amount of detail they placed in the world makes up for poor visuals and is something you can overlook.

Leveling up is a simple system but as exploration it is deep, rewarding and gives character customization a lot of depth.

Gaining a attribute point each time you level up to spend on 5 different attributes and selecting which way your character grows. The spending of points become more difficult the higher you level as you will need to spend more points on a single attribute to advance the specific attribute as you progress. But skill points can only be spent with certain trainers that you find in the game world. The leveling system felt really good and makes you feel that you are actually progressing your character according to your play style. 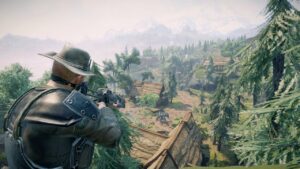 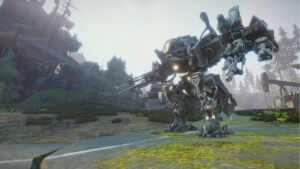 Games often carry on about how choices affect the outcome of your story, some games pull it off well and some don’t. Elex on the other hand pulls it off from the minute you start the game, you will notice that choices can have tiny effects on quests or on normal dialogue between your character and NPC’s or your choices might have far reaching consequences affecting the entire outcome of the game. Different choices also influences  your Cold meter, which will either go up or down depending on the different choices you make and it has an overall influence on how NPC’s will react to your character.

All in all Elex is a good RPG with an ambitious approach that needs a bit more polish. Elex delivers on everything you would want from a RPG,  from exploration,crafting, combat and deep customization. Elex brings back some old School RPG elements in a fascinating and mostly breathtaking game world. With sometimes clunky mechanics, poor facial animation and a combat system that needs some work. I would recommend Elex as a good RPG that ticks a lot of boxes but requires some technical improvements. The studio is definitely working towards the right direction.

I rate Elex a Good: 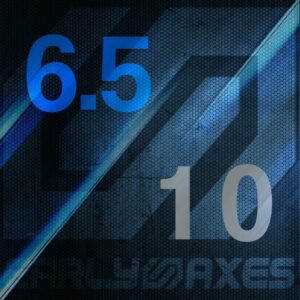 This review is based on the Xbox one version of the game.

PrevPreviousAstro A10 – premium on a budget
NextThe Turing Test – So much more than a puzzle game!Next