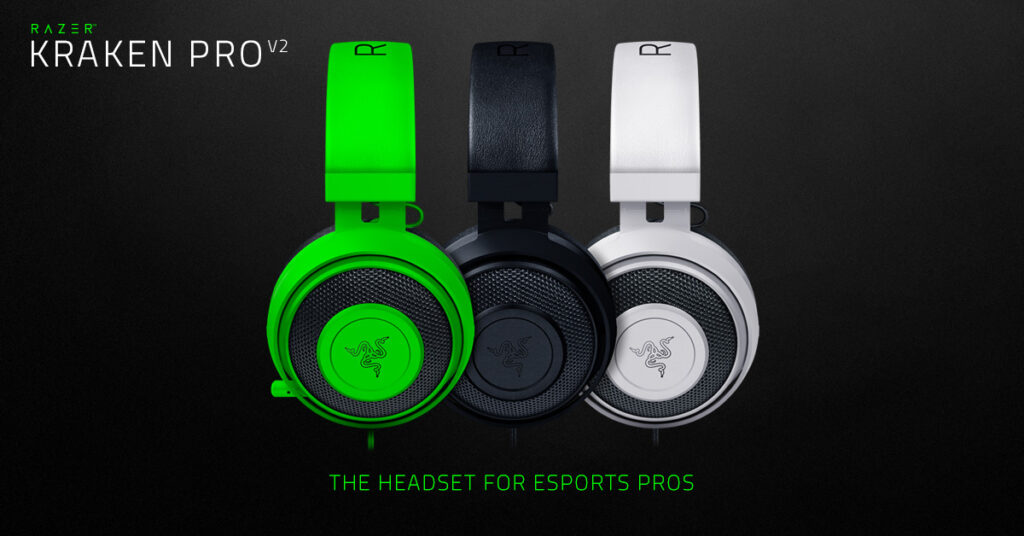 Razer really has a way of getting you excited about their hardware.  I can’t quite put my finger on what it is but the feeling of opening up my box of goodies supplied by Apex Interactive and seeing a Razer box inside always gets my heart racing.  This, even after being very disappointed by the Razer Electra’s!  Even taking the Kraken Pro’s out of the courier box I immediately realized we are on a diffirent level compared to the  runt of the family, the Electra’s.  The packaging and feel and all around look of the packaging just gave the impression that we are talking about a more serious piece of hardware.  And opening the box my assumptions were instantly confirmed…

The Razer Kraken Pro V2 analog, like the one I am reviewing, is a 3.5mm variant but it is good to know that there is, in fact, a USB version as well that features 7.1 surround sound.  My review was done on console using the 3.5mm jack. 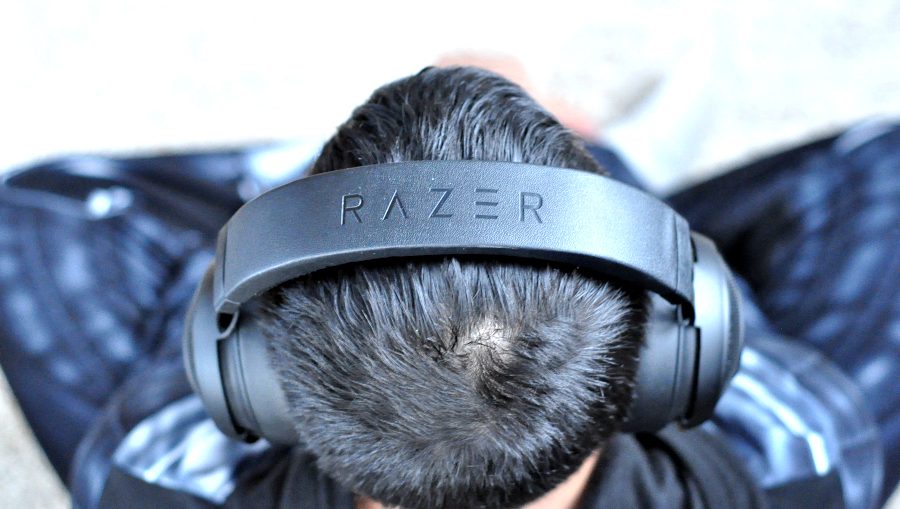 The Kraken Pro V2 feels great in-hand.  All the materials used feel really good quality and the finishes are really nicely done.  In its price range it has a very good blend of materials used.  My daily headset is a Astro A40 TR which itself is a heavy headset. The Kraken Pro V2 is much lighter coming in at only 322g (thanks Google) which in comparison, felt like nothing on my head which does help for those extremely long play sessions.  The headband, which is covered in “leather-like” material, has Razer etched into it which really gives a nice touch as well as the sponge being good quality even tho its almost not needed as the weight of the headset being so minimal. 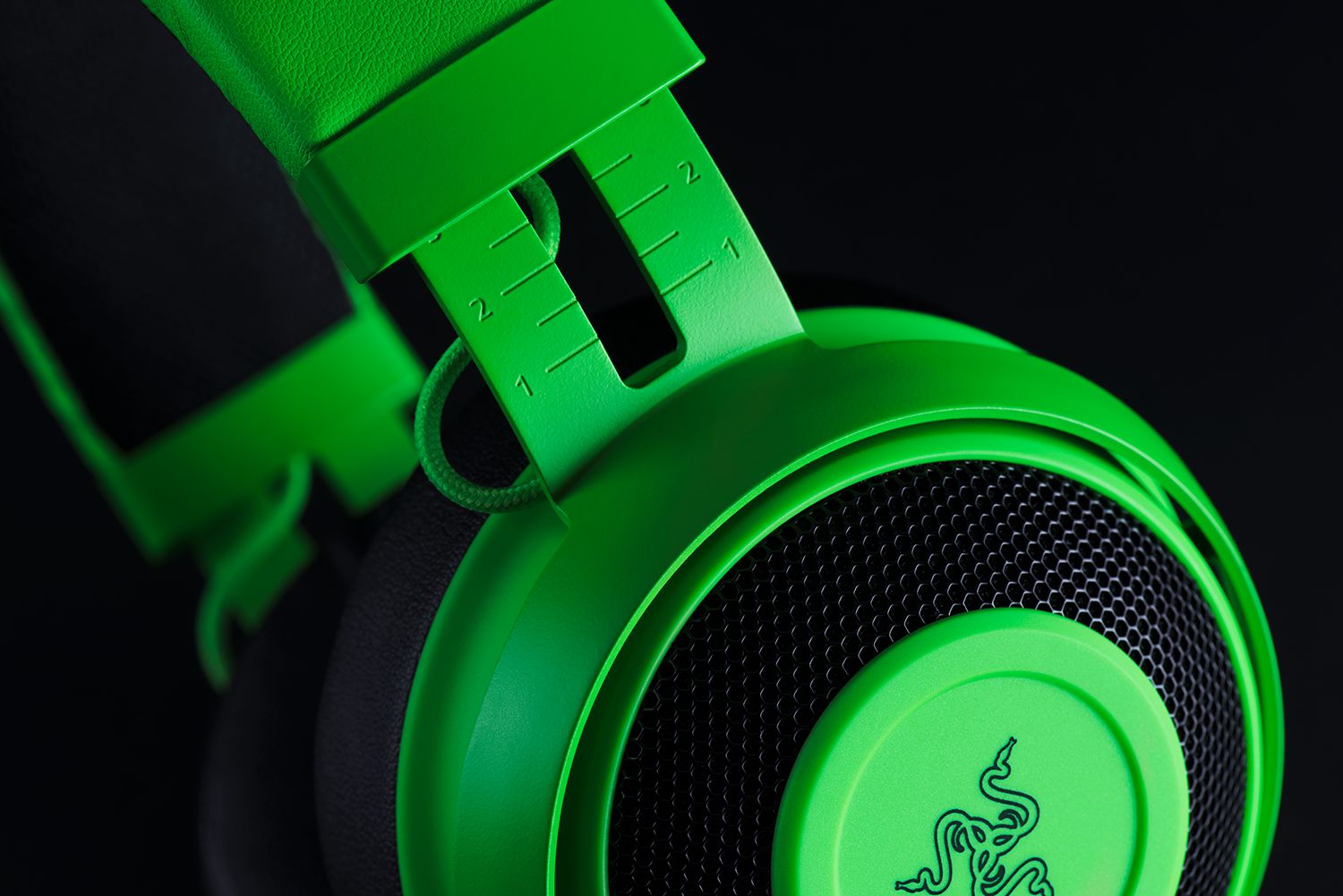 The top half of the headset also comes with adjustable sliders giving the wearer a large range for all sizes of heads.  Coming to the earcups and cushions which is probably one of the more important aspects of any headset.  The Kraken Pro cushions are exceptional. the leather covered foam feels magnificent over your ears and they sit snugly enough to block out sound and not too tight causing discomfort.  Their size and depth are also perfect, never did I experience any of my ear touching sides of the cushions or even touching the inside either.  The comfort level is exquisite and it is up there with my all time most comfortable headsets!

The outside of the earcups also get the expected Razer treatment with its cool mesh finish and a large Razer emblem brandishing the earcups they are unmistakably Razer!

Moving further down the headset, the microphone which is neatly retracted into the earcup allowing for a neat, stowed away look when not in use, is extremely flexible which allows for great positioning of the mic.  A added bonus is the fact that the mic is extremely good.  It picks up voice chatter really well without allowing for lots of ambient noise to filter through.  My party members were thoroughly impressed by the microphone quality of the Razer Kraken Pro V2 and their verdicts were all that I sounded much clearer and closer compared to my Astro…  It hurt a little writing that…

This being the stereo version of the Kraken Pro V2, it works with the newer Xbox One controller as well as the PS4 controller and pretty much every device that has a 3.5mm output jack.  The braided cable coming from the headset has a inline mute and volume control which is rather nifty.  Being 3.5mm connection there is unfortunately no mic feedback but that can be excused.

Audio quality…  The biggest thing a headset should strive to be good at.  The final hurdle at which so many headsets falter.  The Razer Kraken Pro does however not.  Listening to music was good.  It has decent levels of bass and the highs hit the mark most of the times.  Listening to some electronic music really showed off the punchy bass and sharp highs!  The mids were slightly underwhelming at times getting lost in the bass punches.  The same can be said for gaming, generally the sounds are good.  Ambient and nature sounds in games like the Hunter: call of the wild and Sea of Thieves were really good.  But during the chaos of games like COD WW2 and the intense focus on sound in R6 Siege the mids did feel a little muddy and got lost.  For the asking price tho you would have to go looking a bit to find something that drastically out performs the Razer Kraken Pro V2 headset.