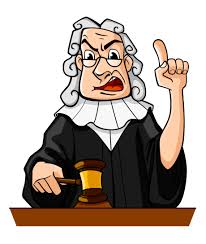 The LAW and YOU

What I CAN say….and what I CANT

Hello fellow gamers, this is both an informative article AS WELL AS a direct and complete understanding of the LAW regarding Free speech & Hate Speech.  This is to help, those select few, know why you got that com ban, Perma-ban, legal warning, etc.  Complete removal of an account within EAX itself, Microsoft T&C’s, most (if not ALL) media forums will be the LEAST of your worries should you decided to test the boundaries of what you can and can’t say/do… so lets set the boundaries clean and clear and keep everyone safe.

First things first, we in South Africa are protected by a bill of rights, 1 of which, is the Freedom-of-speech or Freedom-of-Expression, which allows you to do and say whatever you want within the following criteria:

Now the ugly side of the coin.  Hate Speech, this is a term used when an individual or group use the freedom of speech to a NEGATIVE effect from within the following Criteria:

So how can you tell the difference? A very clear, easy way to determine if you or someone else is using hate speech is this: if you are directly calling for, or yourself are causing harm or hurtful acts upon a group or individual based on ethnicity, race, gender or religion, etc then that is, in fact, Hate speech in which case you’ve broken a law and can be formally charged.

Using derogatory terms is ALSO classified as hate speech, the Kessie Nair case is a very good example of hate speech, he is LAWFULLY being charged with hate speech on 2 counts:

To split hairs down the middle acts of OR calling for acts of violence towards a certain group is hate speech which is a LEGAL cause for arrest AND imprisonment, this INCLUDES using of Derogatory terms.

Person “A”: “HAHA I killed you more times than you did me, you suck at this game!!”

Person “B”: “That’s fine, I really don’t like your poor attitude and would find great pleasure in never speaking to someone of your low caliber again”

You are fully within your right to show displeasure (anger, disgust, etc) and express this towards your aggressor and nowhere have you insulted them as anything other than someone with poor sportsmanship and a very damaged attitude towards someone else’s feelings.

Person “A”: “HAHA I killed you more times than you killed me, you suck at this game!!”

The case in scenario 2 has 2 main factors for hate speech….1stly the racial slur and 2ndly the CALL FOR violence against the individual.  This is a very serious offense and is punishable by JAIL TIME should the court judge feel this necessary.

In some cases which I will state below the Penalty for the act(s) can be quite severe:

Used a very racial slur (mentioned previously above) over 40 times towards a SAPS police officer and was fined R100 000 (one hundred thousand Rand).

Used a very racial slur (mentioned previously above) and was fired from his job within the SARS offices, to which he appealed and was immediately and without question found guilty in a judicial court.

These 2 cases are the “lesser” of the severity, there are countless others where people have been IMPRISONED, pending the offense and the severity of its nature.

The line between expressing displeasure and being hurtful is very clear and easily distinguishable.  And before anyone thinks that they found a loophole regarding hate-speech by not “directing it at anyone” even using hate speech in GENERAL on ANY SOCIAL MEDIA FORUM can be considered as being an INTENT TO INCITE HATE/HARM.

Nearly there people, finally we address the tender issue of “Context”.  By issuing a verbal slur at your so-called “friend” is not a saving grace from the law.  You may call your friend whatever you like (this is ASSUMING they are not offended or feel that you are belittling their character) in a PRIVATE capacity.  The term “private capacity” is a direct term in which ONLY THE 2 INDIVIDUALS are conducting a conversation, simplified this means that you send a message to 1 (one) person, not a group of people, not an online chatroom, not in an open-air discussion.  The issue of “Context: is very sensitive as you may call your friend a name, yes he/she may not be offended BUT someone else might.  This is a very common occurrence within social groups and I pose a personal experience in which the term “soutie” was aimed at myself, I very easily laughed it off as it was one of my close friends who said it, unfortunately, an acquaintance of another friend, did not find this funny and was immediately offended and began to retaliate quite aggressively.

I bring all these points to a purpose, the EAX Admins are tasked with keeping order and protecting our dedicated and appreciated players, irrespective of race, gender, sexual orientation, ethnicity, etc.  We are tasked on very few occasions to bring down the hammer and remove select few players who forget that we are all human, we are all born of the same earth and we are all bound by the same rules and laws,  no one is above these laws.  And the Strictest of actions will be taken to those who take pleasure in belittling another human being for their own enjoyment.

The EAX admin goes through a due process of voting and compromise to try and benefit the offending player, a sentence is put forward and voted on and if majority fails the suggestion itself fails too until a majority vote is reached and a sentence agreed upon.  There is no process without proof, so please take care to record, or snapshot, screenshot, etc. as this is critical evidence when the hearing takes place “innocent until proven guilty”, is often the verdict as no proof is provided.  We cannot act upon someone’s word alone.

One last final note and this is not a hollow threat nor is it a scare-tactic…. We the admin AND each player are fully within their right to challenge an individual or group should a serious offense be made AND legal action will too follow. We will not tolerate ANY form of negative behavior and should someone feel the need to take action outside of legal boundaries then we the EAX admin will follow the legal requirements to formally charge them in an effort to promote a clean community and beyond our community a better country.

We are all Gamers under the same sun, let’s not sully that with an ill-placed word or ill-tempered rage statement, consider the person’s feelings or at the very least the legal action that can be taken against you.