The G2 II is the second-in-charge of the gaming headsets over at Edifier but that does not mean that it backs down against its siblings.

The G2 II takes inspiration in design from the more classic, robust gaming headsets with its sturdier-looking build.

Edifier chose to go more incognito with the G2 II coming in all black or all white (with black cuffs) design.  Staying true to the Edifier look and feel, however, the G2 II also has a steel mesh finish on the cuff with some nice subtle RGB lighting underneath the mesh just adding that little extra pizzaz that we’re all looking for, even if we don’t always admit to it.  The RGB lighting itself has an automatic breath transition effect as it changes colors, which adds nicely to the overall feel of the headset. 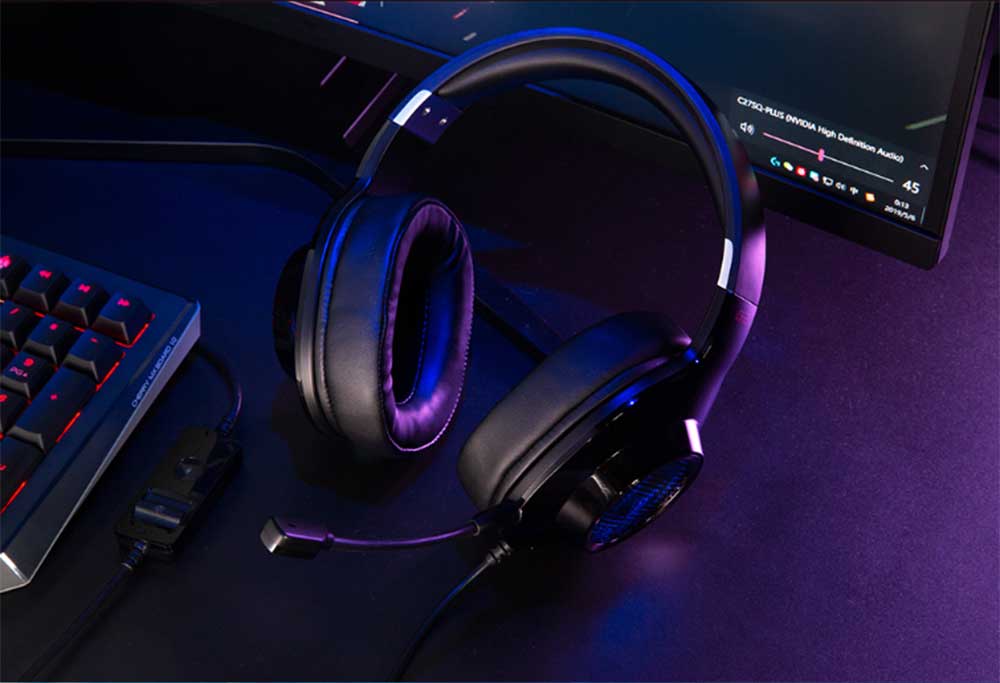 The mic on the G2 II is detachable, which I have my own personal reservations about (ie. misplace) with a small little windscreen over the mic sensor to help eliminate the noise from the heavier breathers out there.  The mic itself is easily moved around to get the best placement for comfort and clarity – both very important when barking out orders to teammates as you dominate the playing field.

The G2 II boasts 7.1 Virtual Surround Sound which fully immerses and gives the player game critical sounds to boost skill that extra virtual skill tier.  This headset does not have vibration feedback but it really doesn’t like the bass and all other sounds come through crisp and clear.

The headset volume and mute function is easily controlled on the on-cable controls with the cable stretching far enough for you to rage back from the keyboard with little risk of ripping something off your desk – but with this sound, rage should happen less.

The 50mm drivers mean that the ear cuffs are large and comfortable with their soft leatherette padding which blocks out almost all the annoying background noise that can feed the wrong information to us.

The G2 II gaming headset from Edifier stands head and shoulders above its siblings for several reasons. From the get-go, the look of the headset seems sturdier and less likely to break or scuff easily.  Beyond that, the bigger ear cuff size means that for dumbo-eared me, I can game for longer periods of time without my ears getting sore from being squashed between pad and head.
In fact, during extended periods of use, I barely felt the headset on my head like a headband and ear cuff sat comfortably, with enough padding, to not press and put pressure on any part that it comes in contact with.

The quality of sound from the headset seems clearer and crisper than its brothers and the quality of the sound coming from the mic, according to my teammates, is the best of the lot – and no dreaded echo either. 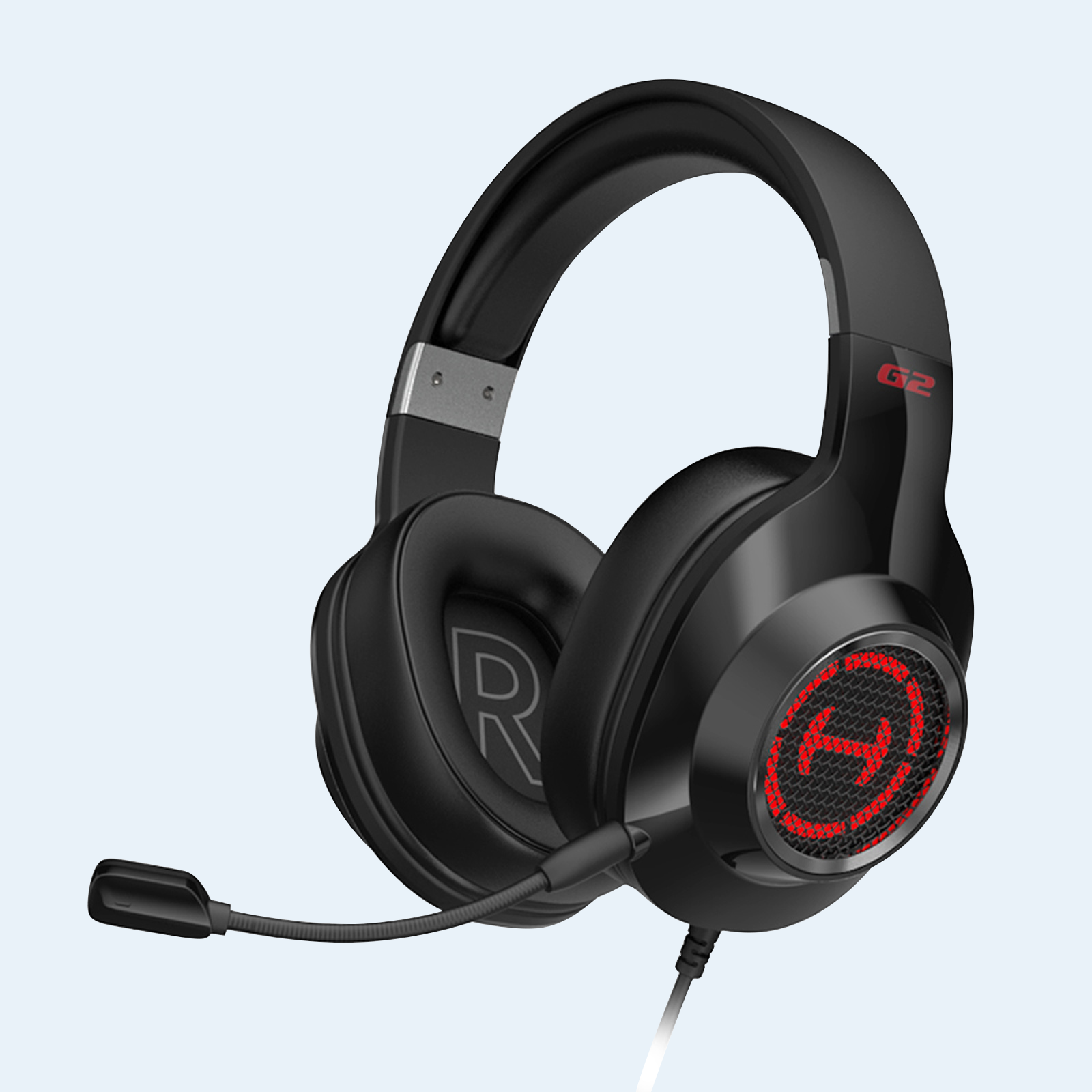 The mute function is easy with just the click of a button with a small LED indicating muted or unmuted.

One shortfall of the headset is once again the software.  Now being easier to find as it is not my first time with this rodeo.  I had hoped for the software for the G2 II with it being called “Edifier Gaming Center.”  These hopes were dashed as soon as I double-clicked though as the same outdated-looking control center opened up before me with very limited controls and things to do within the program.  Adding to my frustration was the fact that I need a whole new program installed on my PC, which is exactly the same, for the same brand of headset.  This is not a problem if you only own one – but when reviewing, you tend to have more than just one headset and so multiple programs with the same function is a little tiresome.

At R1 300, I think that the G2 II Gaming Headset from Edifier is the best and price per pound of the entire range.  In my opinion, both the sound and mic quality were higher than the other headsets and the comfort – due mostly to the bigger ear cuff, was much better.

The sturdy look and changing RGB lights are also an added effect as we all know that RBG is +10 to all skills.  The detachable mic is one minor downer for me but nothing that would deter me from buying this headset. 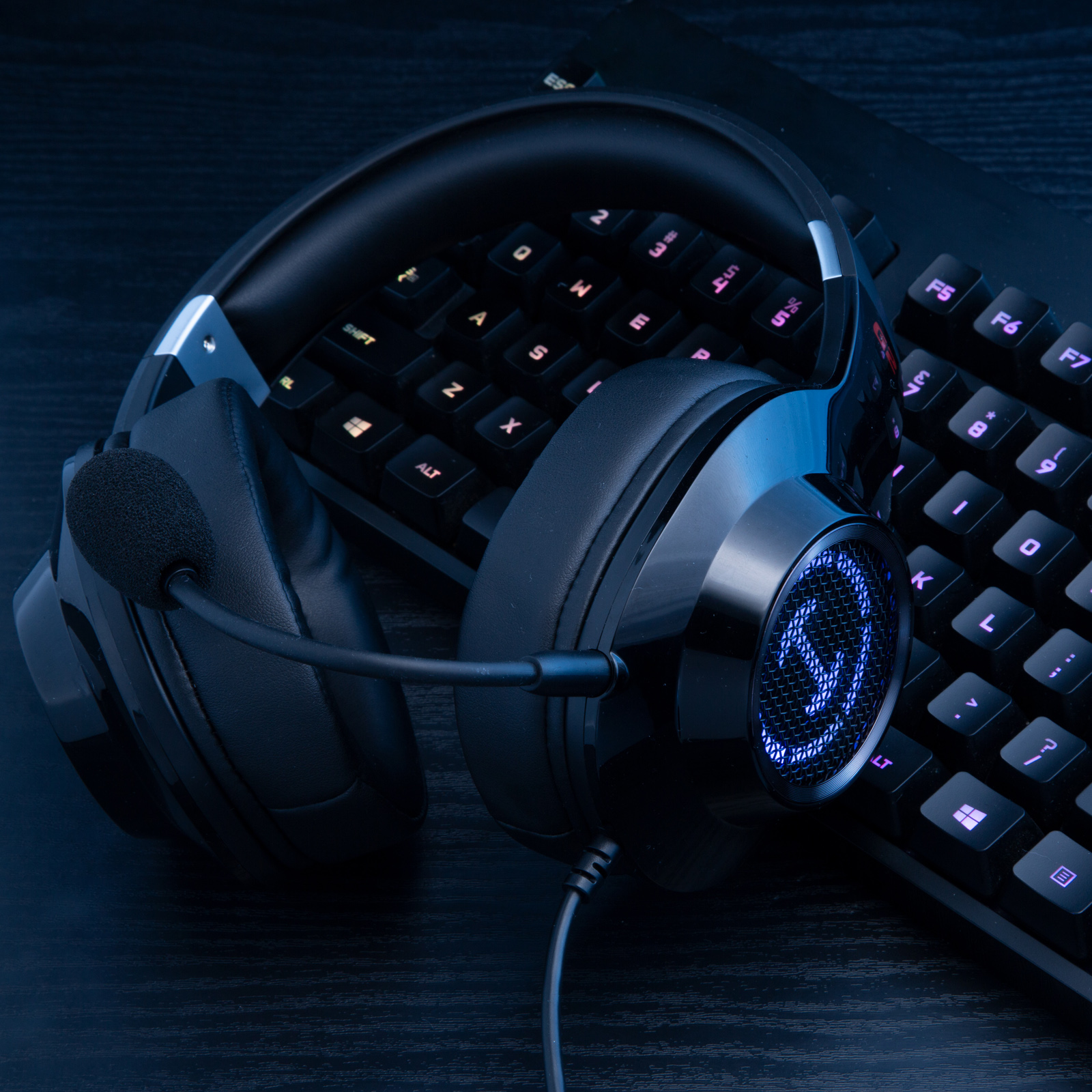 The software again is a big let down as I was once again left with a bitter taste for not being able to do more and personalize my experience even more.

So, all things considered, I give the G2 II 7.1 Virtual Surround Sound Gaming Headset from Edifier a solid 8 out of 10 stars.

A big thanks to the guys over at Edifier South Africa for swinging a pair our way to test out.